Includes: razor honed spur cutting weapon, backpack
Two versions of Zarana were released in 1986; with earrings and without. See below for more on that.

The first version of Zarana's head had earrings (seen above). Early in her release, the head sculpt was changed
and the earrings were removed (seen below). The earlier version with the earrings is much harder to find. 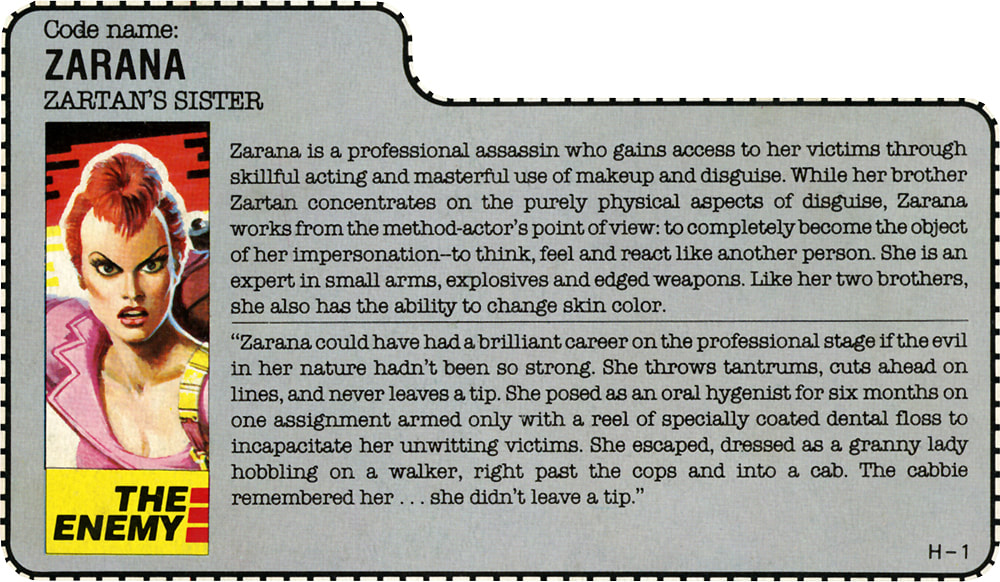