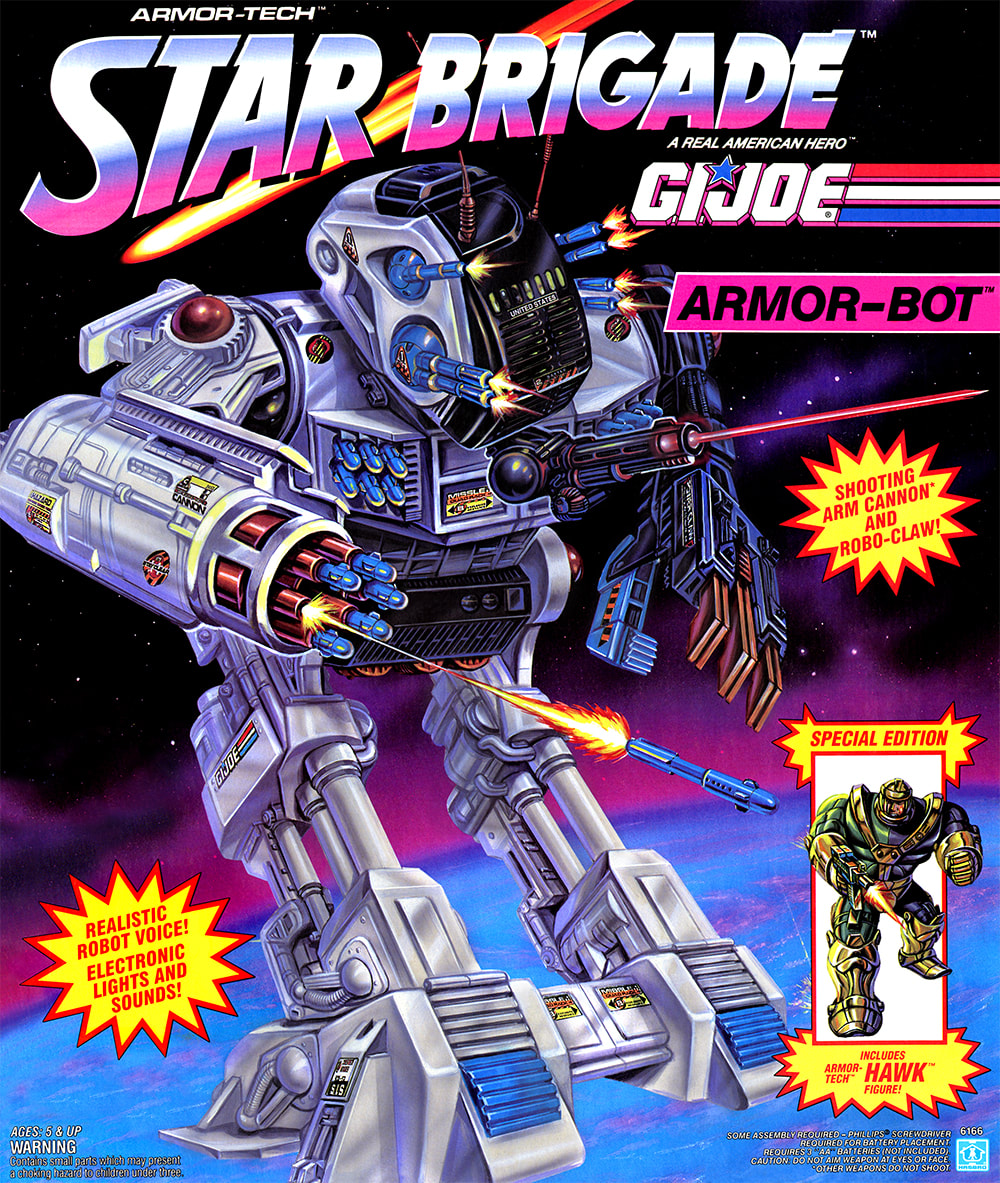 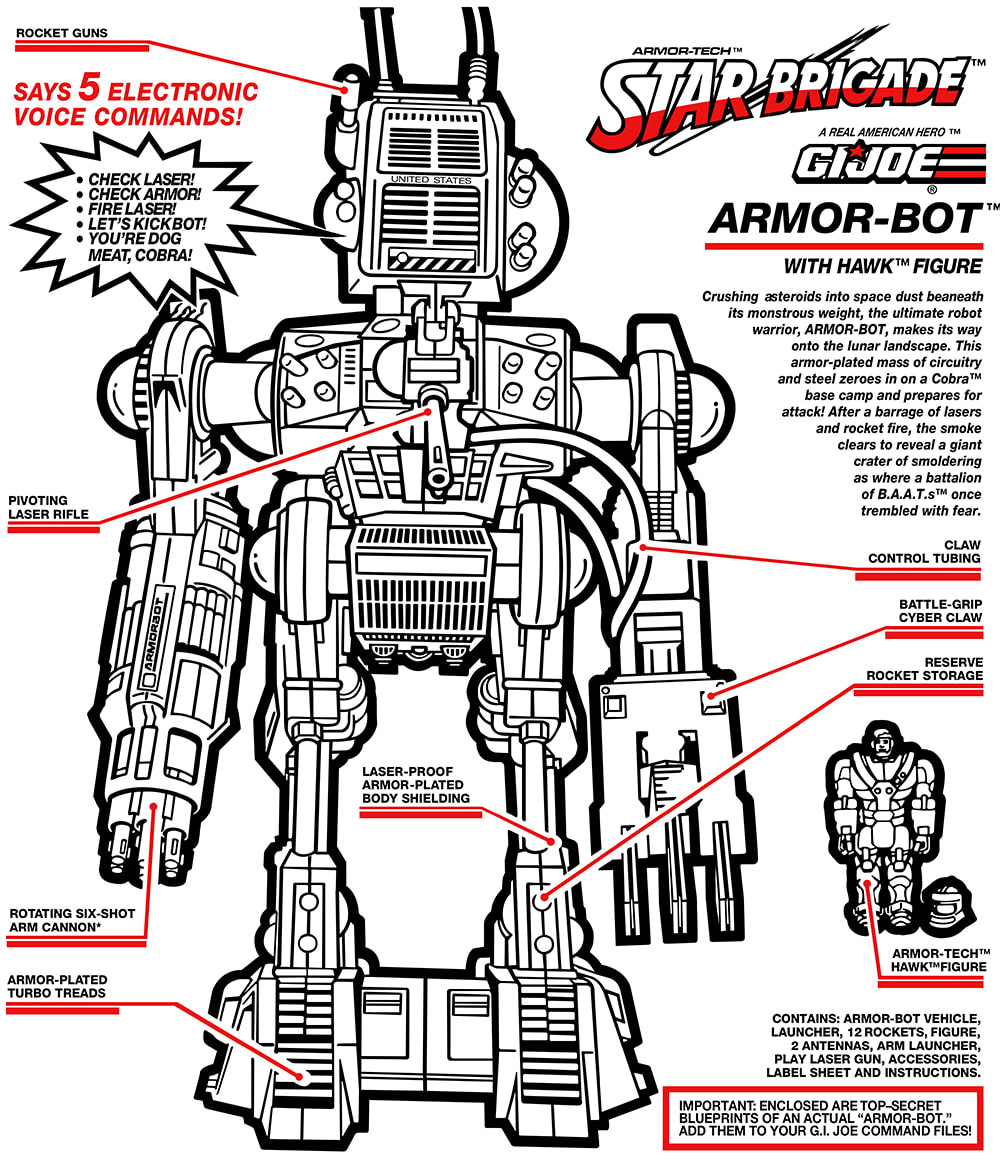 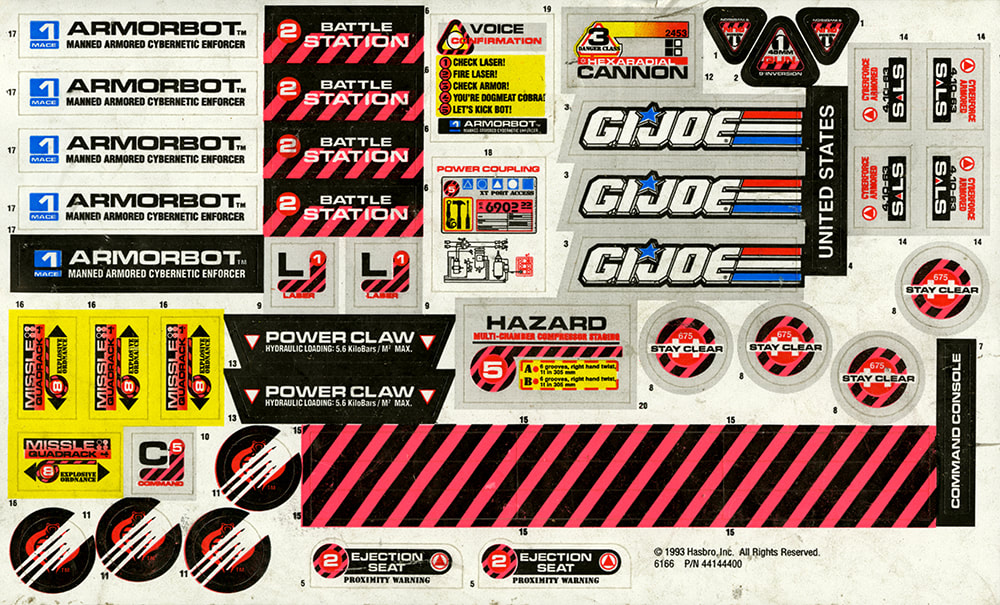 (AKA 1993 General Hawk: G.I.Joe Armor-Tech Commander v6)
Some versions of General Hawk came with a large black rifle, while others came with the same rifle in pink. 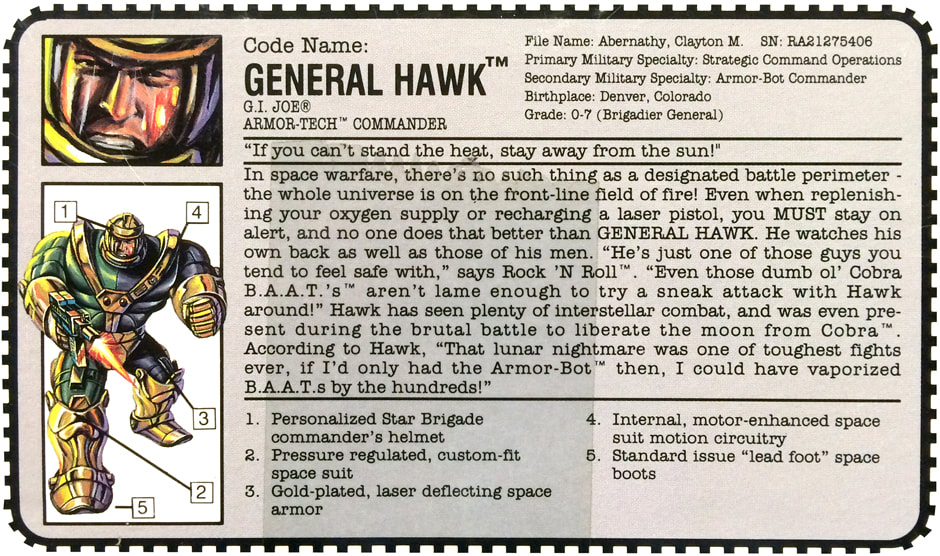 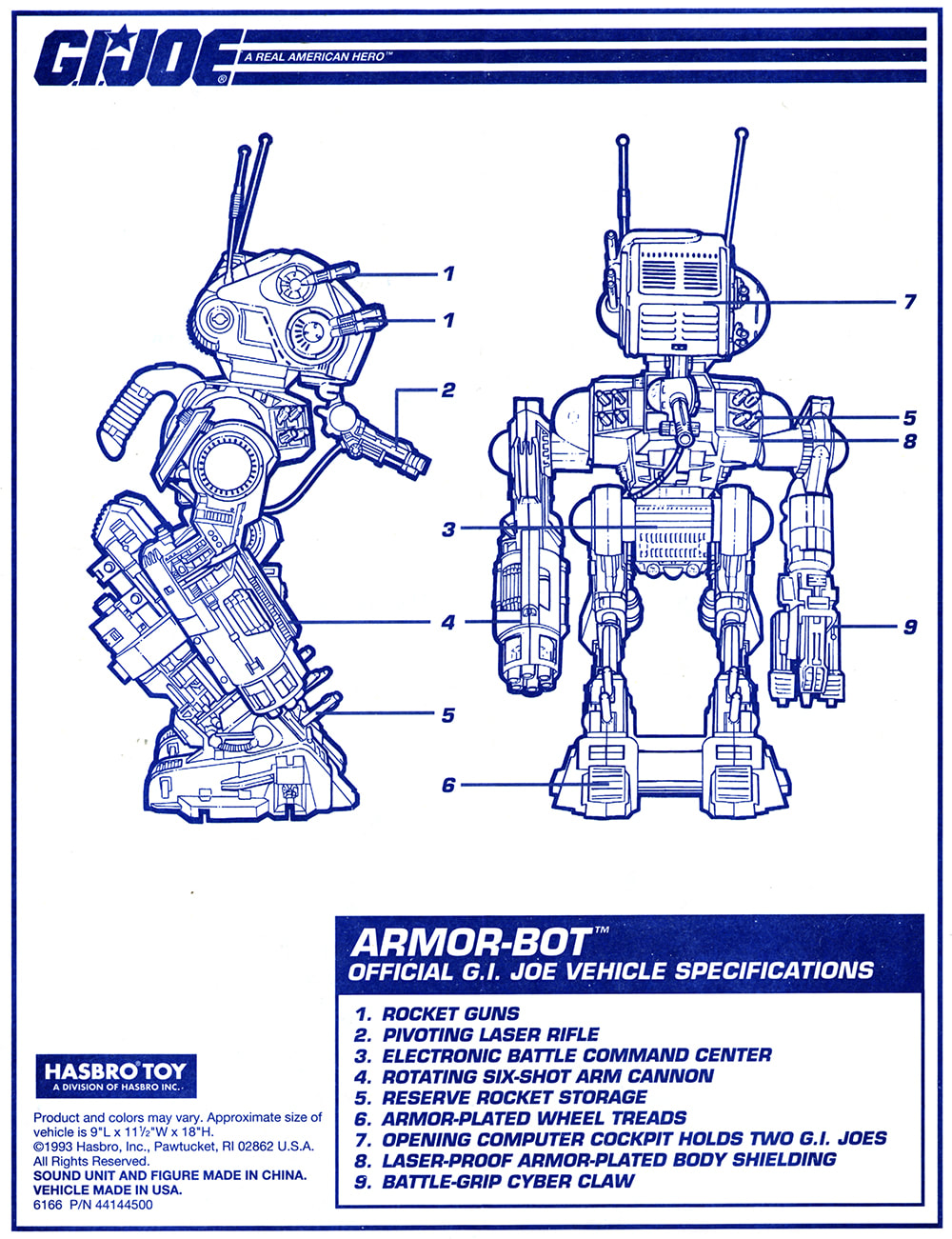 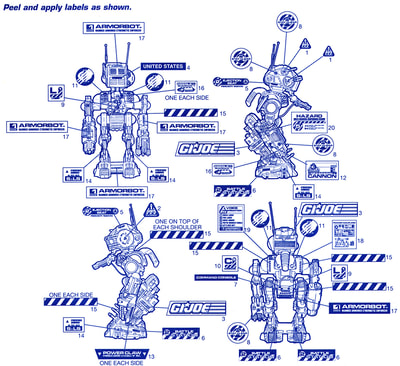 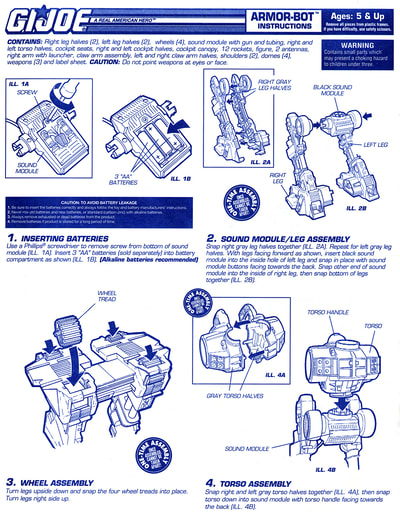 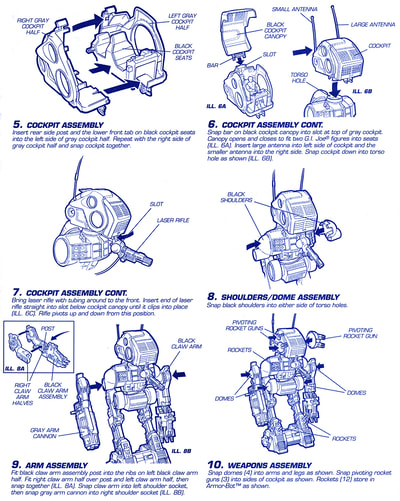 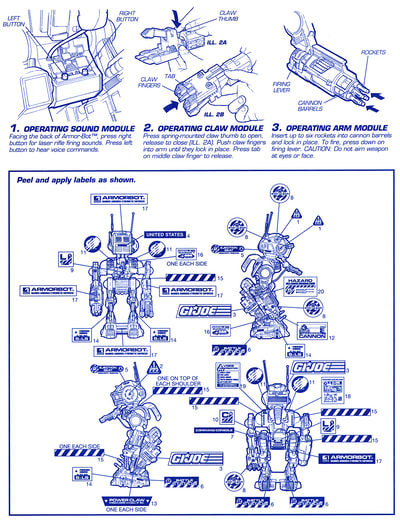 Instructions page 3
​A special thank you to Chad Hucal and Jeff Jones for additional image editing and to Ben Thomas for crafting captions.