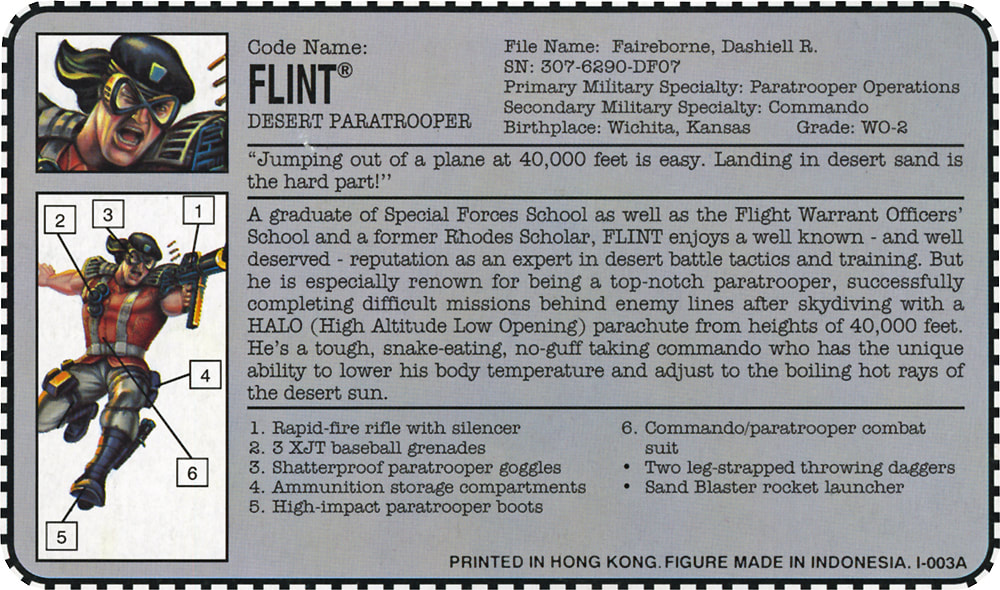 In 1994, Hasbro produced figures in China and Indonesia. This resulted in several paint app variants. To compound matters further, Hasbro also changed the card art on some figures from the older horizontal logo (with a red or blue laser backdrop) to a new vertical logo (with a red or blue to black gradient background). The back of the new card also featured a reformatted baseball card sized file card with condensed writing. Several figures did not get the new vertical card art treatment. Flint did not get the vertical logo treatment.

Flint has two paint app versions: with black details on his thighs, and without. The black thigh details figure variant was made in China, and the stripe-less variant was made in Indonesia (see carded figure above).
There are thirty+ known 1994 Battle Force variants featuring various packaging and paint app combinations. See them all on Facebook.