Mark Pennington joined Hasbro on December 31st, 1985. During his tenure working on the G.I. Joe: A Real American Hero brand he helped create over 50 figures. Mark was the second full-time figure designer on the brand and he worked on G.I. Joe almost exclusively, which allowed him to truly focus on his creations. He brought us fan favorites such as Outback, Payload, Worms, Alley-Viper, and more. Mark was dedicated to the ARAH brand until August 1988, when he left Hasbro to pursue a career in illustration.

The Road to Hasbro

Born in 1959, Mark Pennington started showing artistic prowess at a very early age. He jokingly recalled being "the best artist in kindergarten." After graduating from High School in 1977, he immediately volunteered to serve in the US Army at 17 years of age. He served his three year commitment, got out, got married within a year, and entered the Joe Kubert School of Cartoon and Graphic Art in 1982. During his third and final year at the school, he was recruited by Hasbro to come join the G.I. Joe as the primary figure designer.

​The Art of Figure Design

Mark Pennington used the same general process for creating action figures at Hasbro that was established by Ron Rudat. The first step in the design process was the ​R&D brainstorming sessions with Gregory Berndtson, Kirk Bozigian, and "a couple of other guys." In these meetings, the team would determine which kind of specialties need to be represented - for example "a flamethrower." Once Mark left those meetings he was free to begin research and ideation, or sketching, for each of the characters he was assigned to develop.

Mark would complete 5-10 sketches of each character and review those with the Greg Berndtson (and potentially Kirk Bozigian). They would go through several sketch revision cycles before arriving at the final design of the figure. Then a final pencils illustration would be created.

Once the final pencils were complete, Mark would run 10 copies off and then create 5-10 color options using markers. These are referred to as color studies or color roughs. They would go through several revision cycles before arriving at the final colors for the figure.

Then a larger ~11x17" final marker rendering illustration would be created. This would be an entirely new illustration, putting the figure in an environment, usually with some action in the scene. This illustration would be used for presentation purposes within Hasbro. These meetings would feature dozens of people, from Marketing, to Sales, all the way up to the Hassenfeld brothers.  Greg or Kirk usually presented Mark's work in these meetings.

Once the presentation art was presented, and IF the figure was approved to move forward, then Mark would move forward with creating sculpture sheets for the figure and accessories.

Once those were done, they were sent off to Hasbro's advertising art department to create a new, final piece of presentation art.

Mark and I went through the "Collecting the Art of G.I. Joe" books and the "3DJoes of the 80s" poster to try to nail down exactly what he worked on over his tenure on G.I. Joe. These are all 30 year old recollections, so many additional contributions might have been overlooked. When Mark came into Hasbro he was relieving Ron Rudat as G.I. Joe's primary figure designer. As a result, many figures were in progress and were handed off to Mark for completion, including 1986 BATS, 1986 Dial-Tone, 1987 Big Boa, 1987 Chuckles, 1987 Croc Master, 1987 Falcon, 1987 Fast Draw, 1987 Gung-Ho v2, 1987 Ice Viper, 1987 Law and Order, 1987 Raptor, 1987 Sneak Peek, 1987 Slaughter’s Renegades (Red Dog, Mercer, and Taurus), 1987 Golobulous, 1988 Hardball, and 1988 Voltar. For the most part, these figures had already been designed and approved to move forward with creating sculpture sheets for the figure and accessories. This is where Mark came in.​

For a brief period, Hasbro brought in some new artists that resided in the basement. One of them was assigned to G.I. Joe and helped Mark with several figure designs, including: 1987 Battle Force 2000 Blocker, Knockdown, Maverick, and Avalanche, 1988 Lightfoot, 1988 Spearhead & Max, and 1988 Toxo-Viper.

Below you will see several examples of Mark's figure and accessory sculpture sheets. Roll over these images for more info, or click them to enlarge.

1989 H.E.A.T. Viper Sculpture Sheet by Mark Pennington. Notice that before Hasbro created the name H.E.A.T. Viper, the character was referred to as Cobra Bazooka Man.

1989 Hot Seat Sculpture Sheet by Mark Pennington. The Character was referred to as Brawler Driver before he was given a name and before the vehicle name Raider was created.

Mark found inspiration everywhere, but most memorably from movies. He cites The Mark of Zorro (1921), Creature from the Black Lagoon (1954), Battlestar Galactica (1978), Mad Max 2: The Road Warrior (1981), Aliens (1986), and Predator (1987) as inspiring. Mark was kind enough to walk through several dozen figures with me, and those recollections are below. A HUGE thank you to Mark for sharing!
1987 Rocky (unproduced) 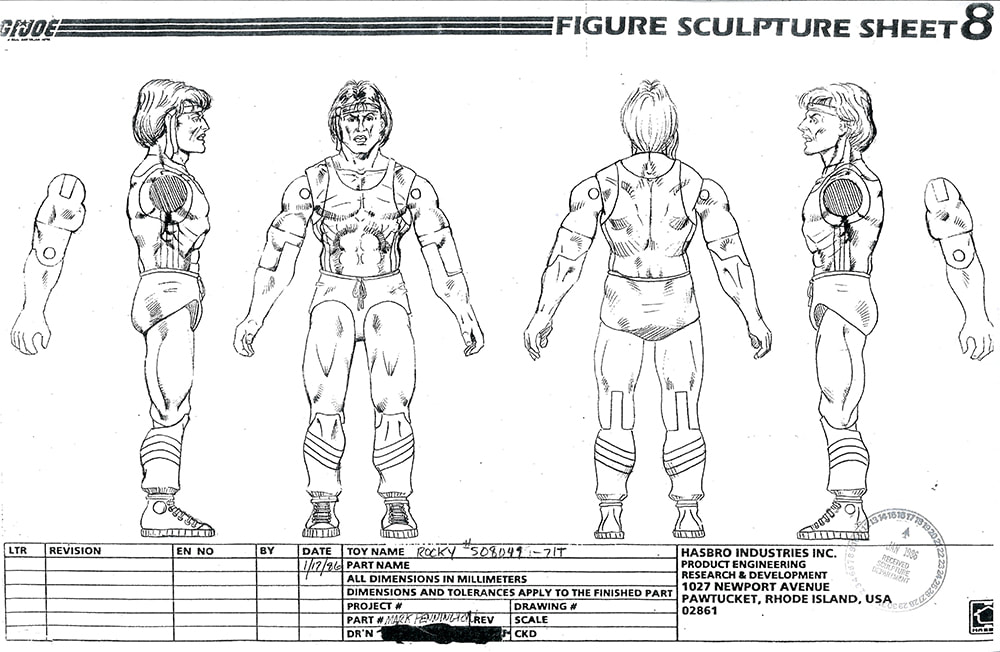 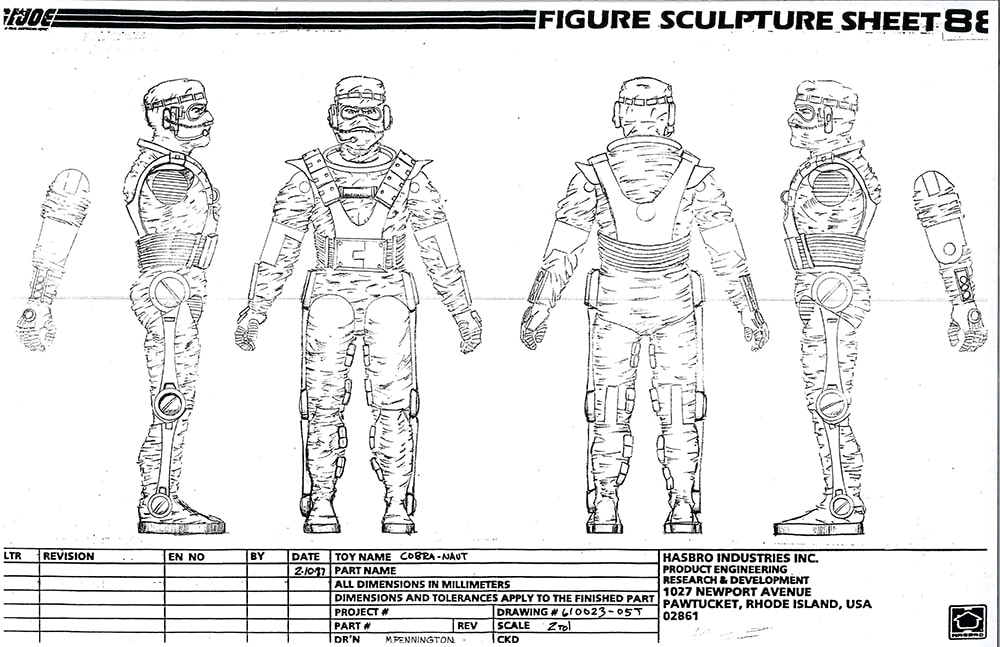 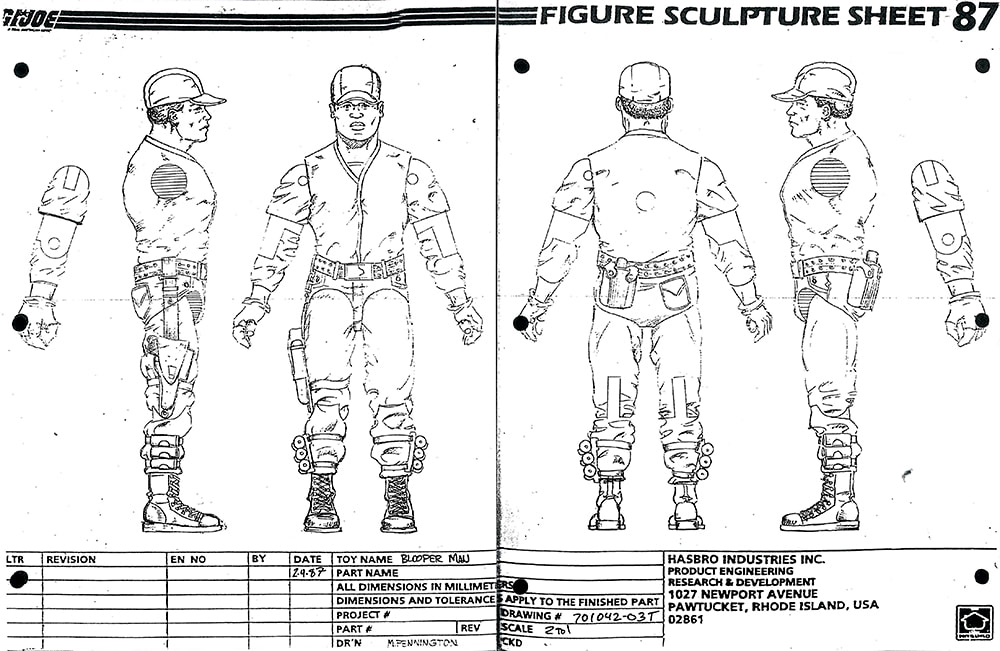 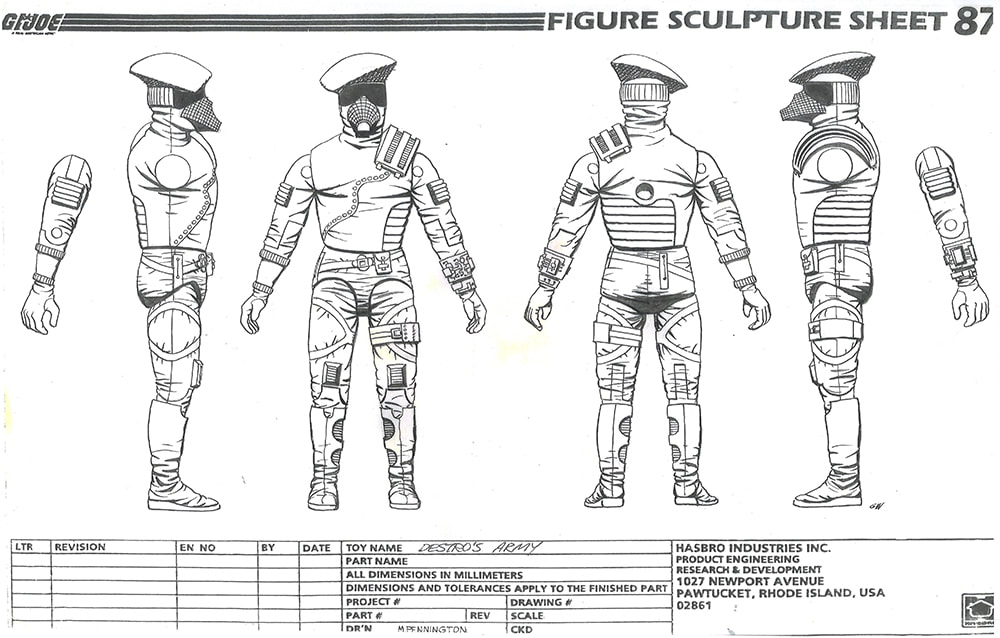 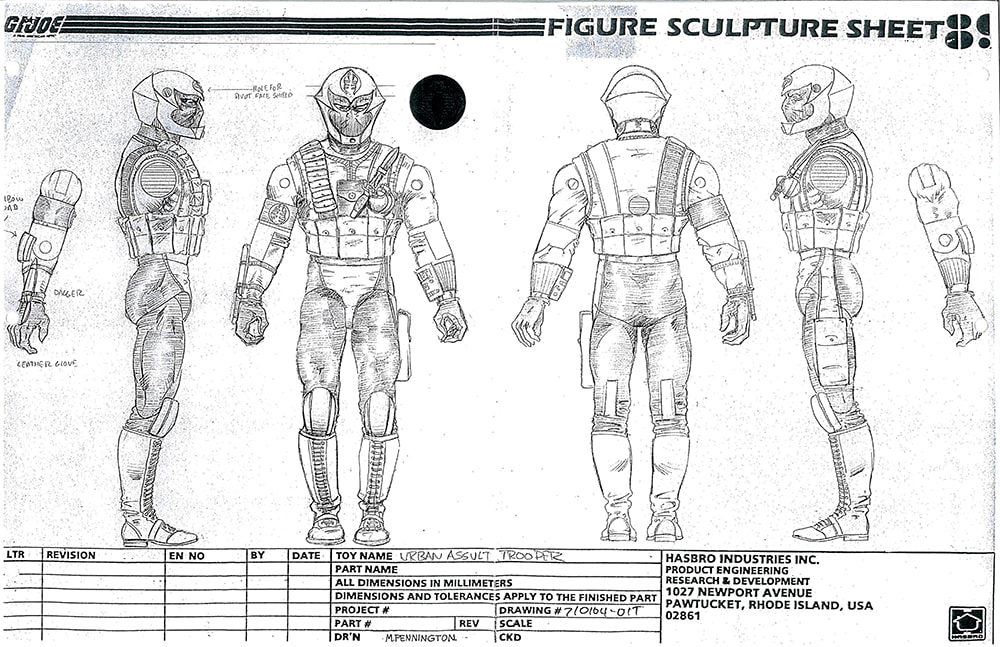 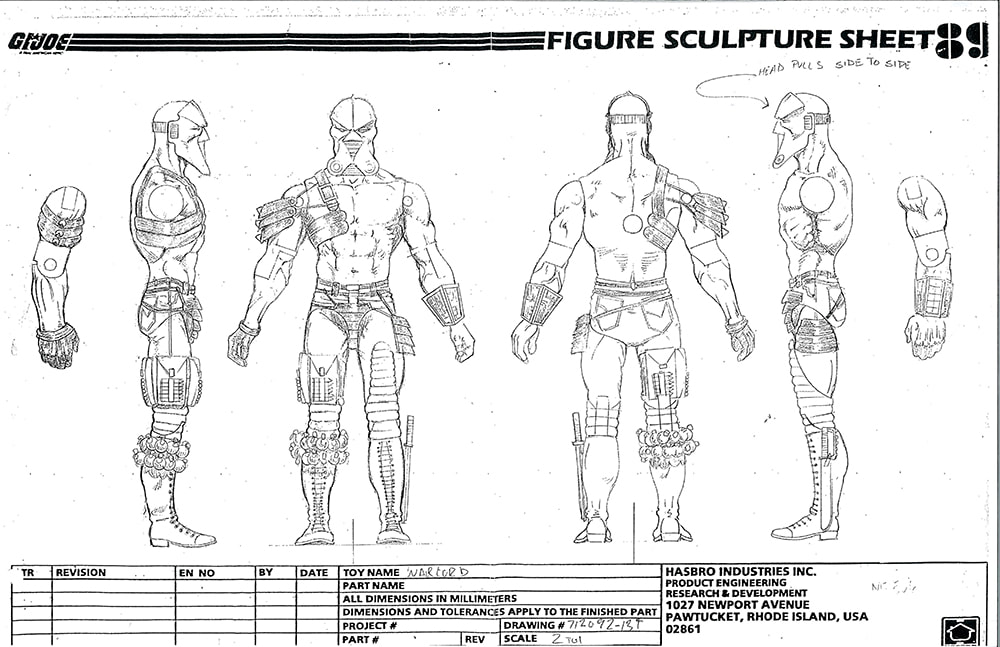 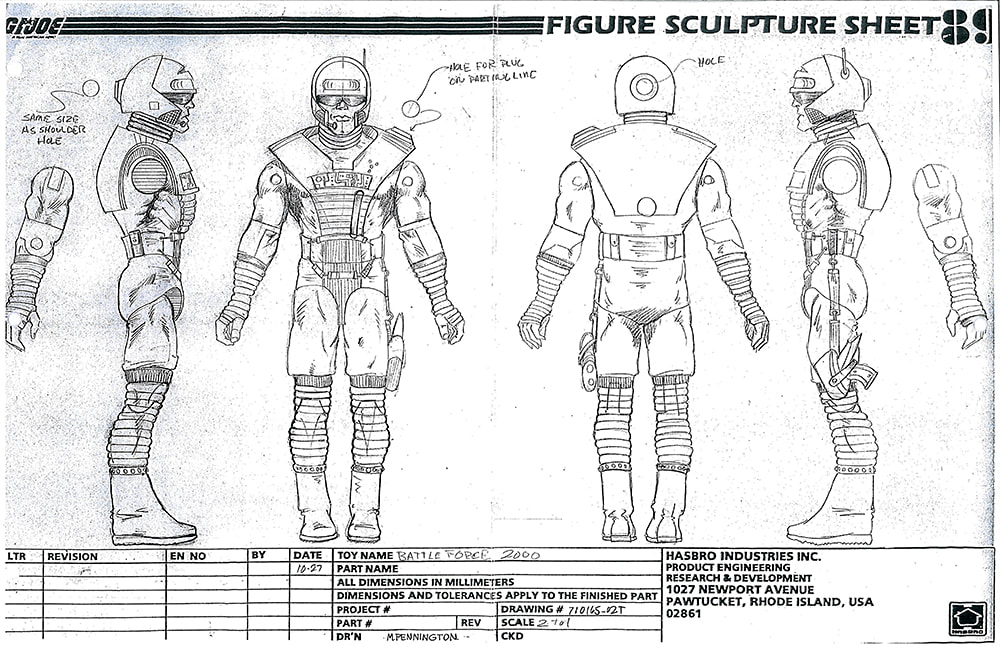 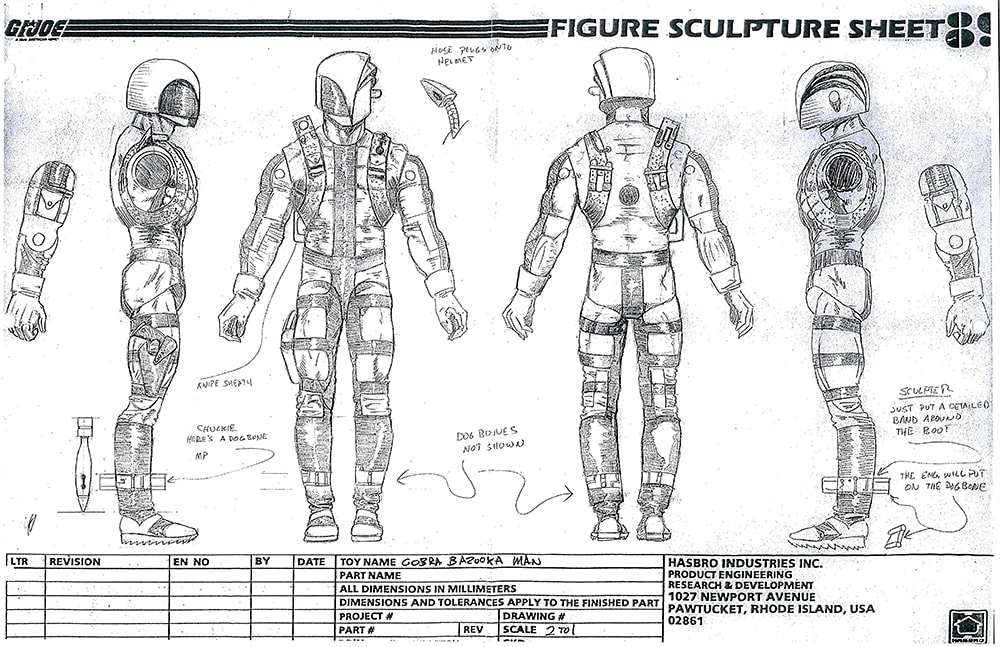 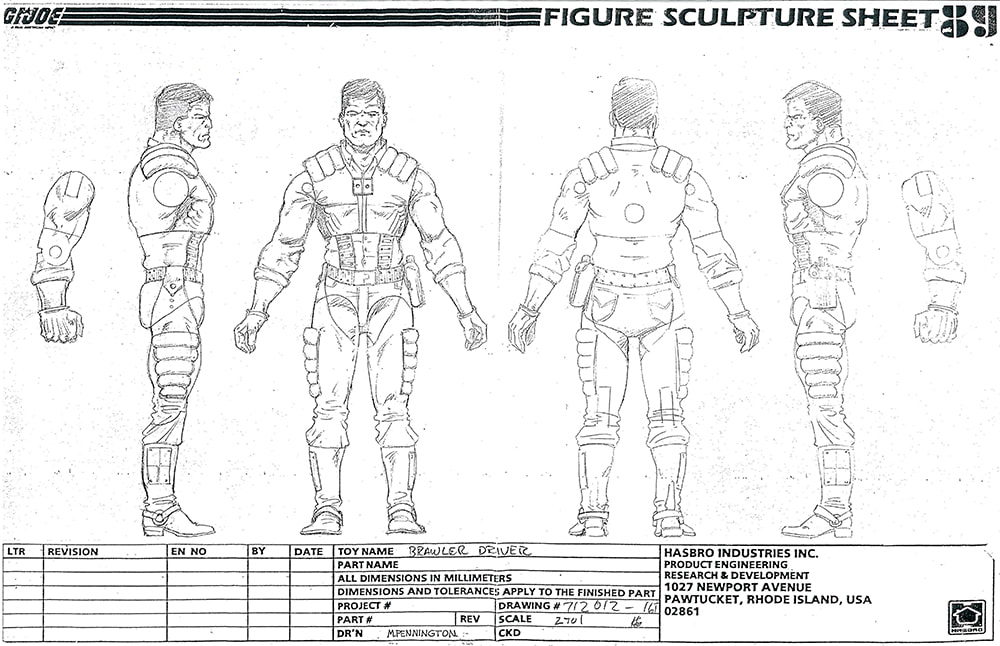 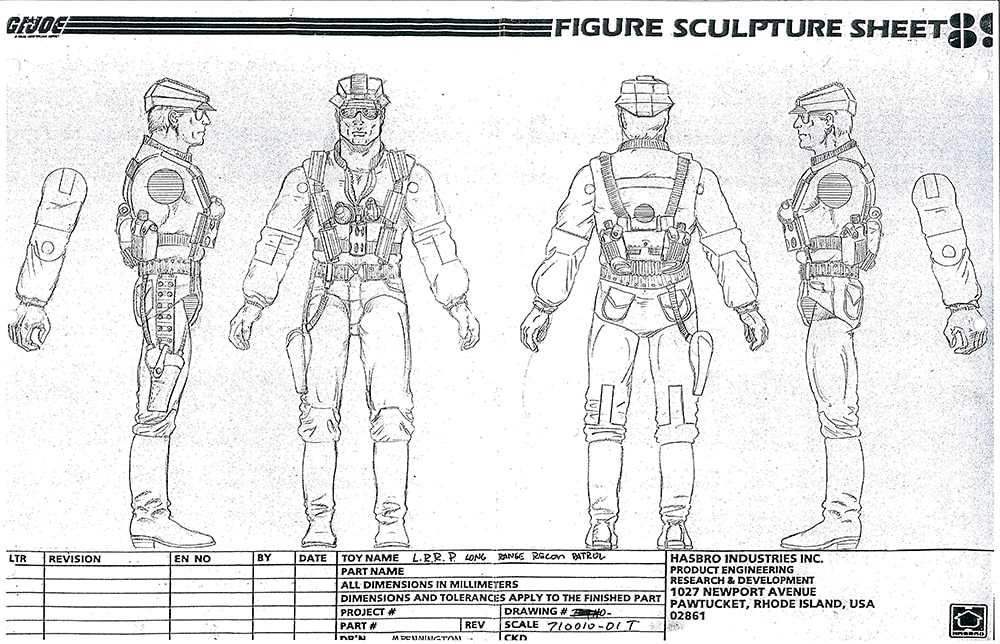 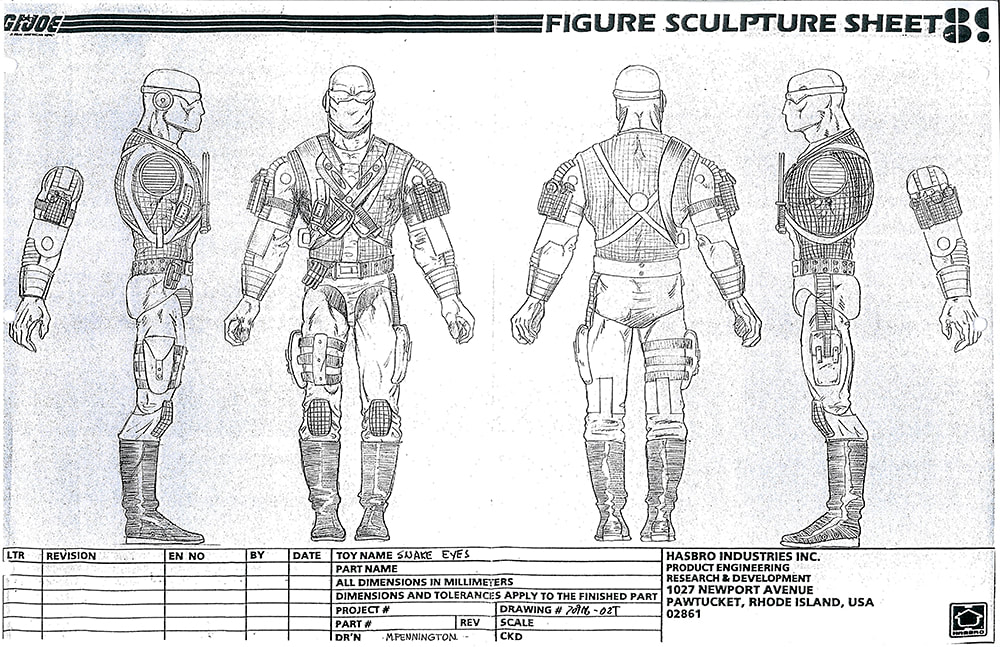 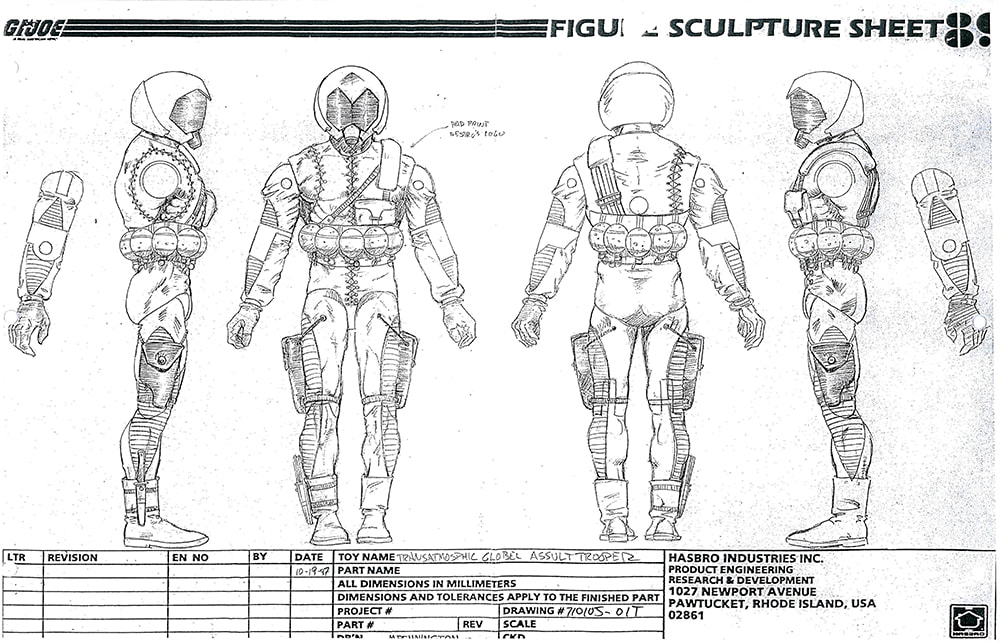 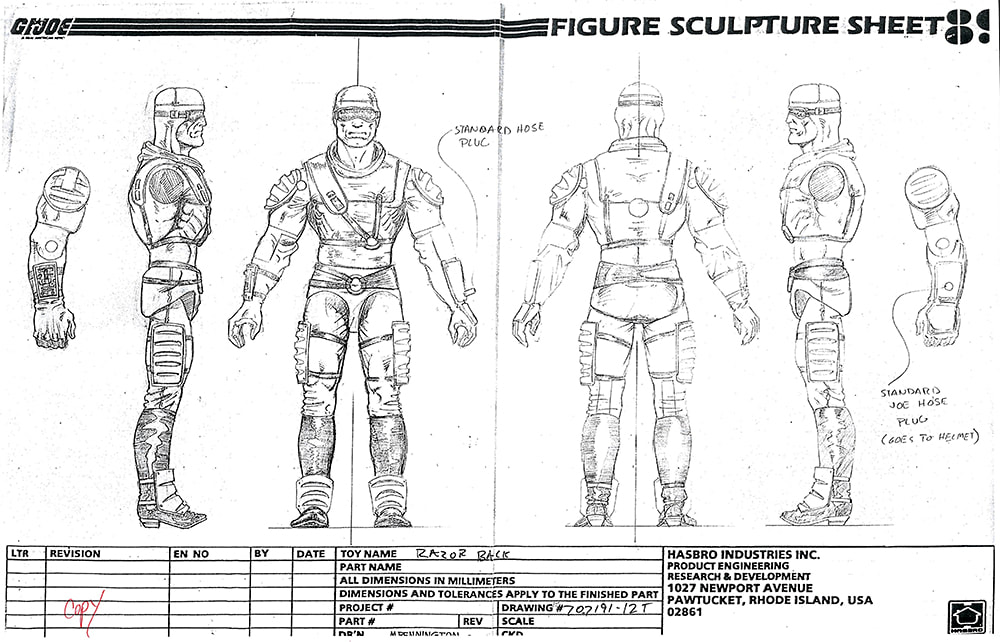 Looking back on life at Hasbro.

Mark Pennington is currently accepting commissions via Facebook. We commissioned the two sketches below back in 2017.

More recently, Mark has been creating some striking hand lettered comic cover style commissions, and he's funded a book of commissions via Kickstarter that will be shipping in September 2021. Mark is currently accepting commissions via Facebook. 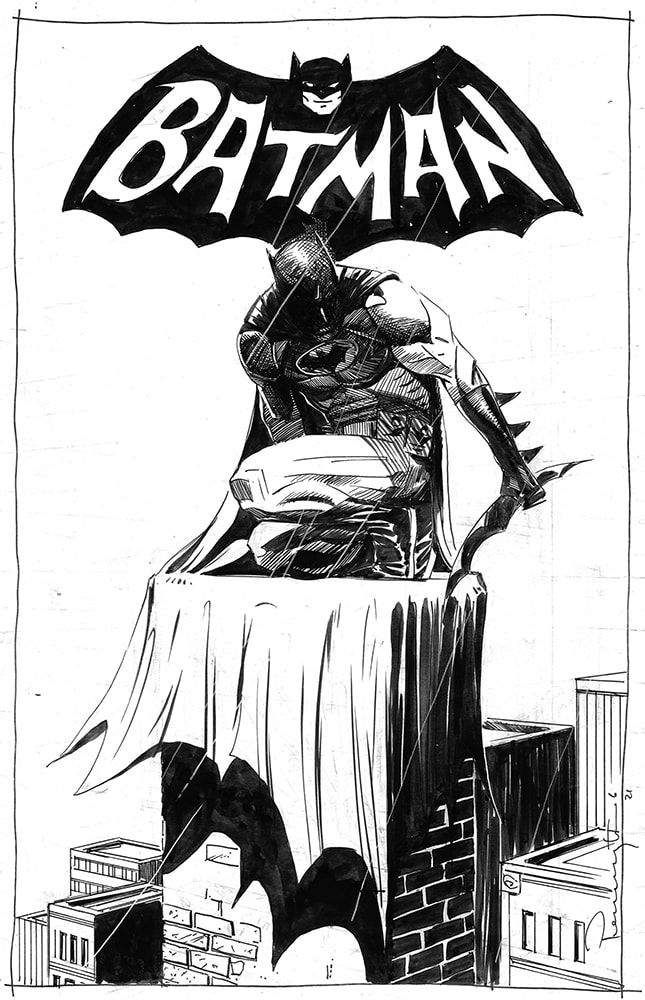 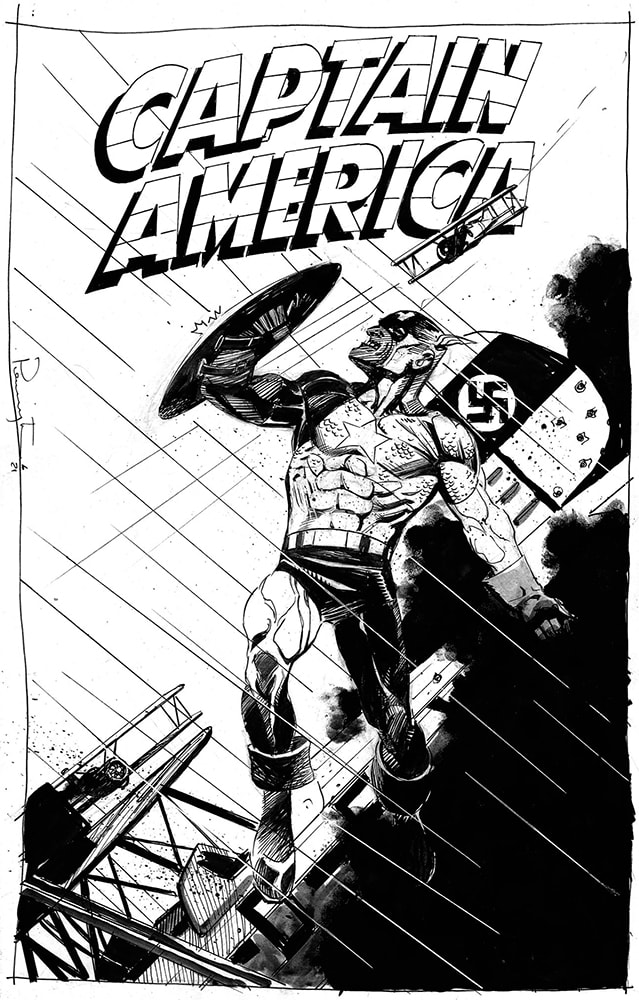 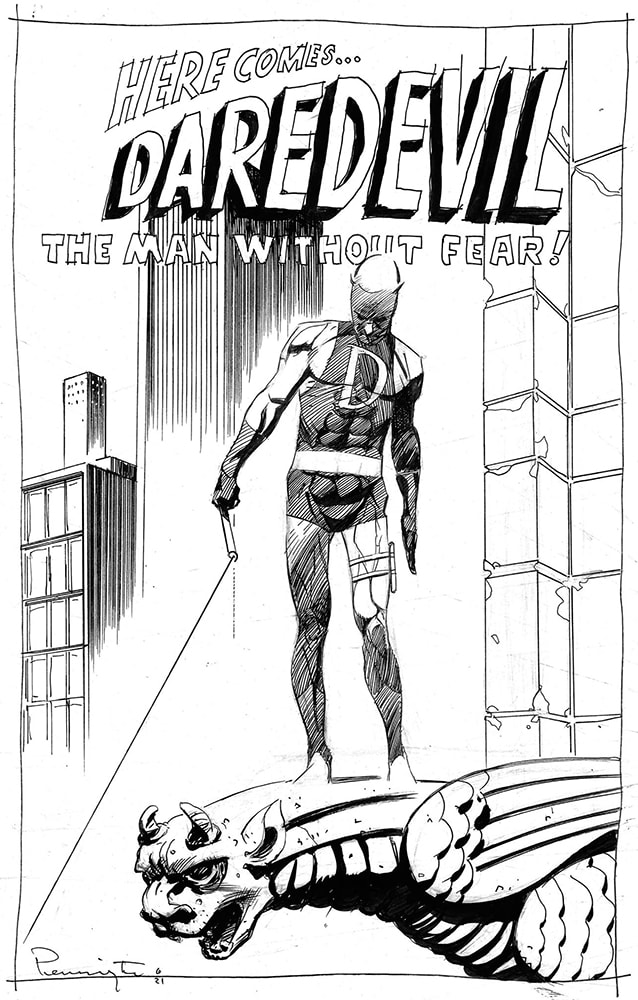 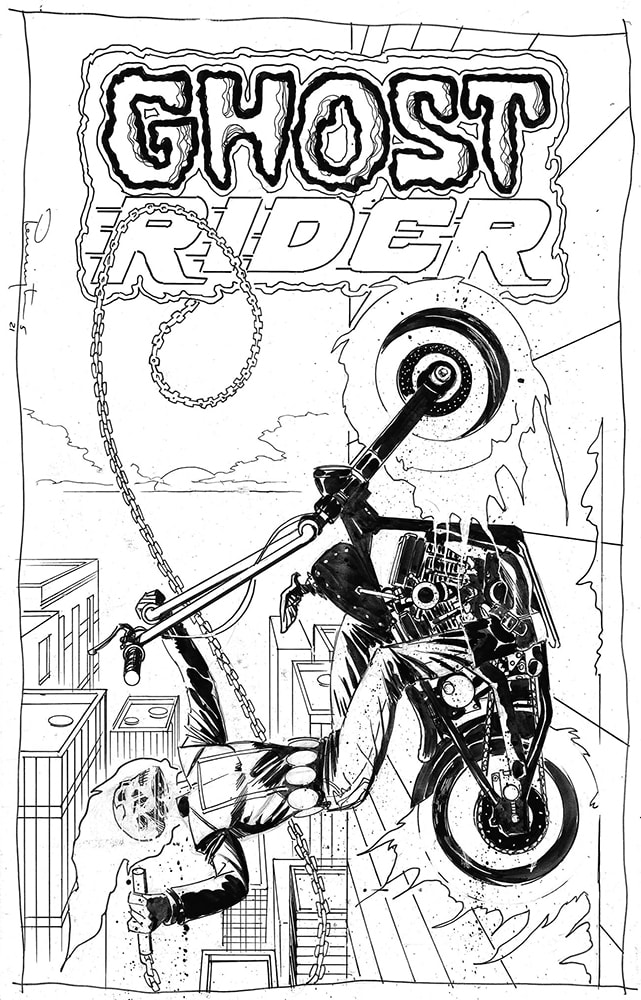 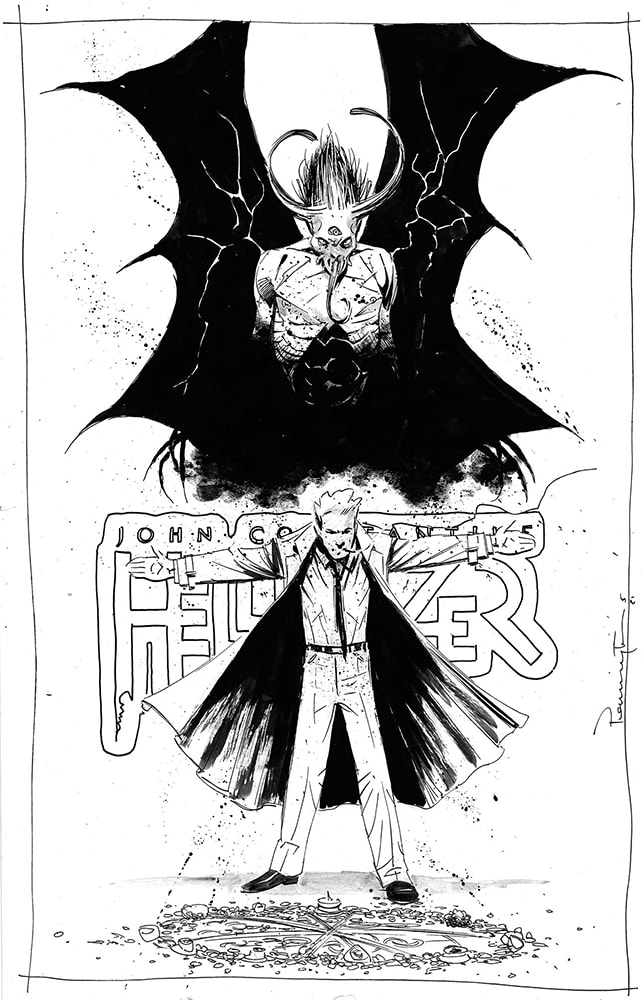 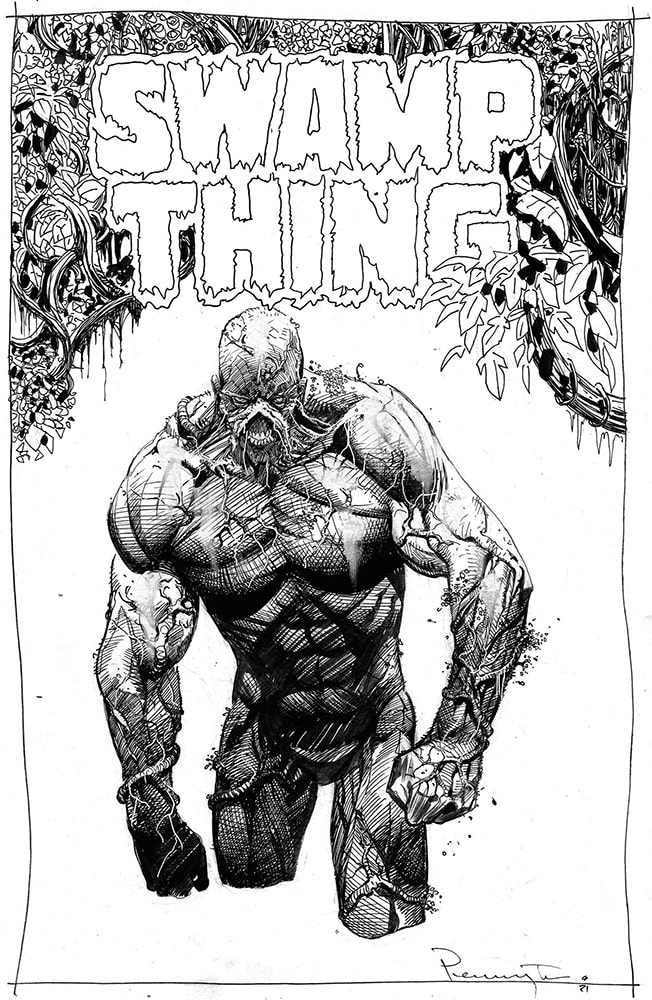