Four variations of Steel Brigade version 1 were released from 1987-1991. These are commonly referred to as v1a-v1d.
Steel Brigade figures courtesy of Dan Carroll. Check out his eBay store for tons of vintage Joes!

Roll over the images below for more details, or click them to view full screen. NOTE: Version E photos have been removed. 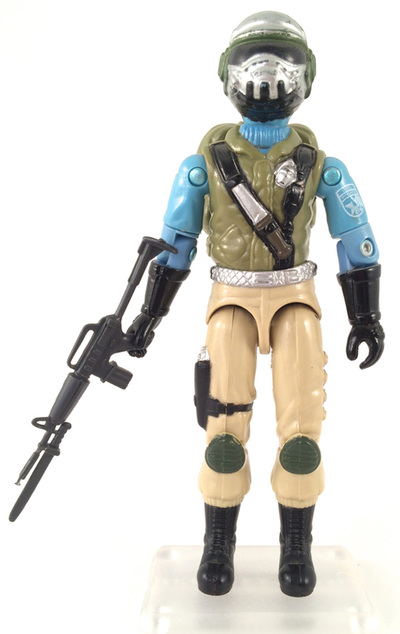 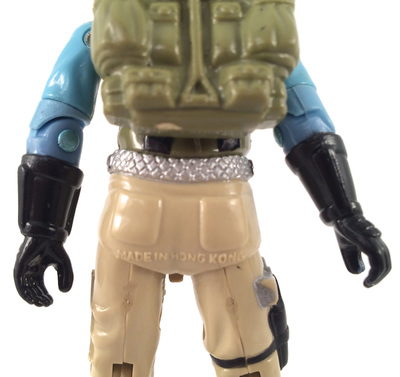 v1a marked "Made in Hong Kong" 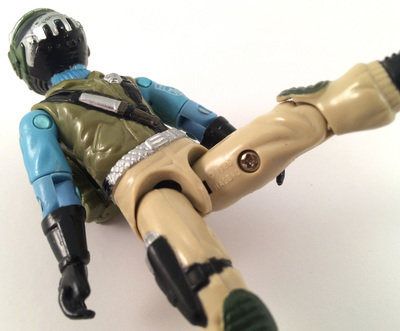 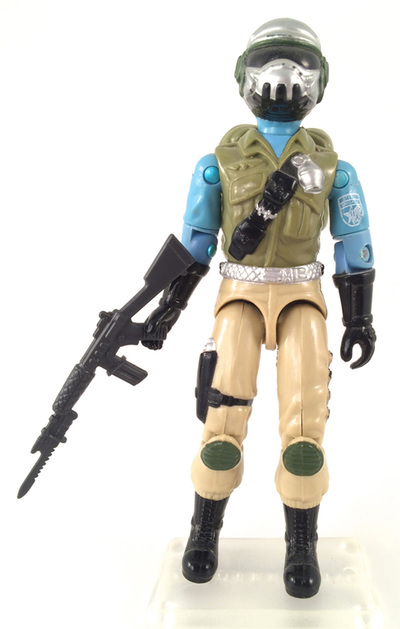 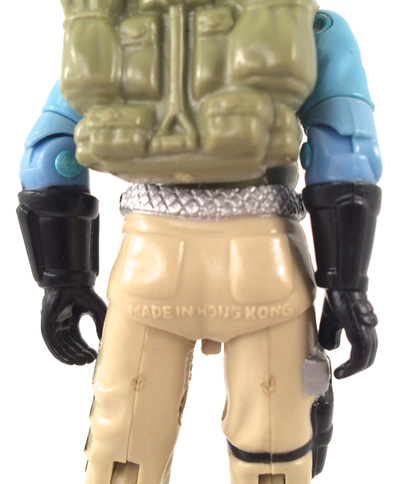 v1b marked "Made in Hong Kong" 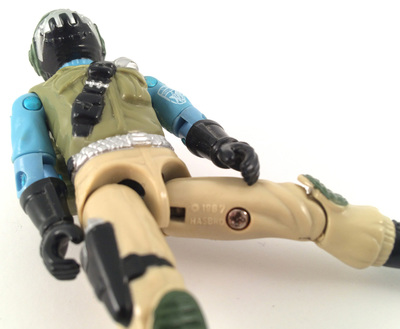 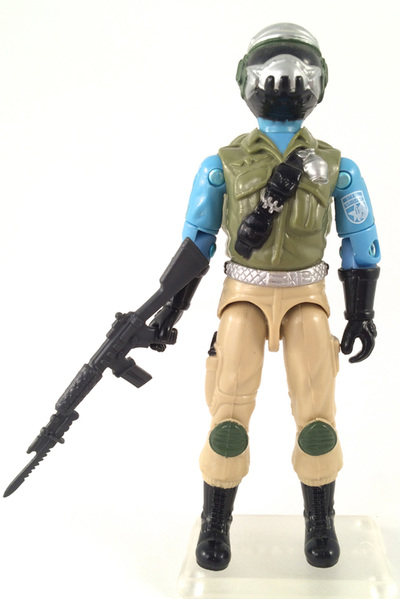 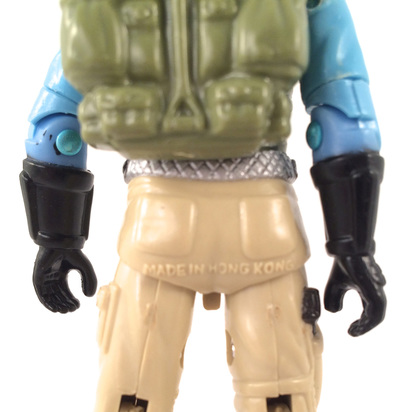 v1c marked "Made in Hong Kong" 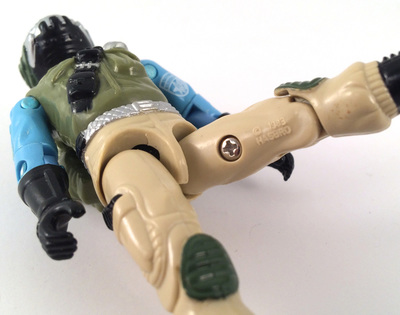 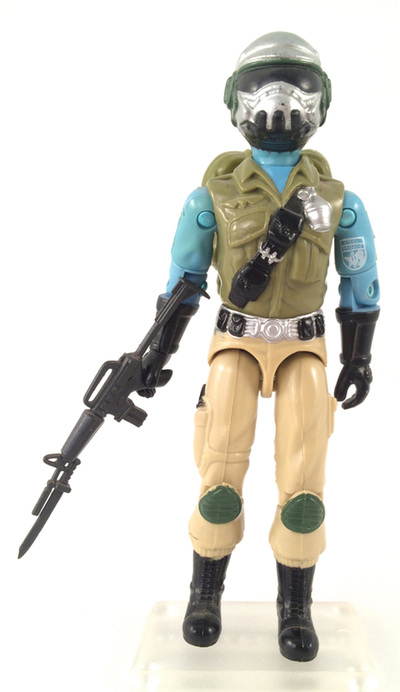 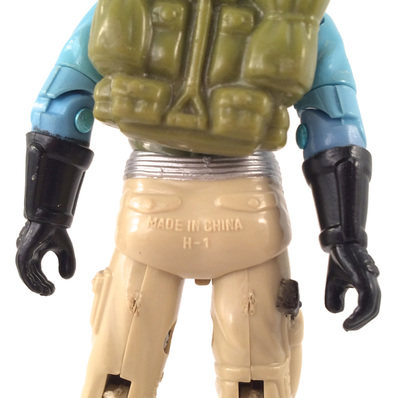 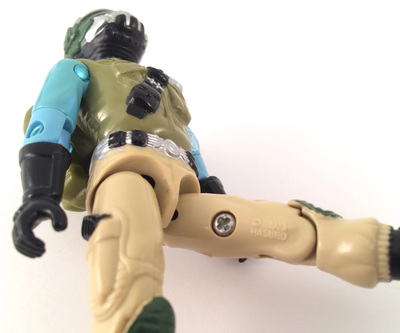 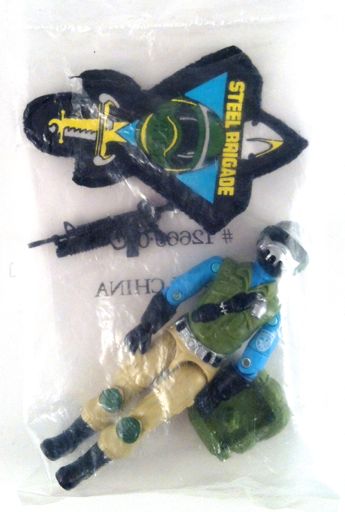 This large format, two-sided trifold is numbered J45 and the offer expired June 30, 1988.

Roll over the images below for more details, or click them to view full screen. 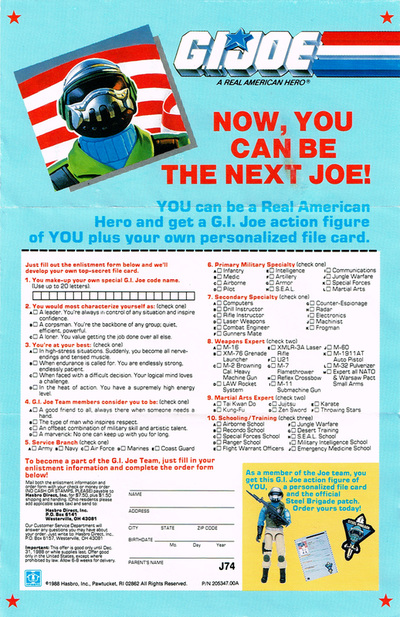 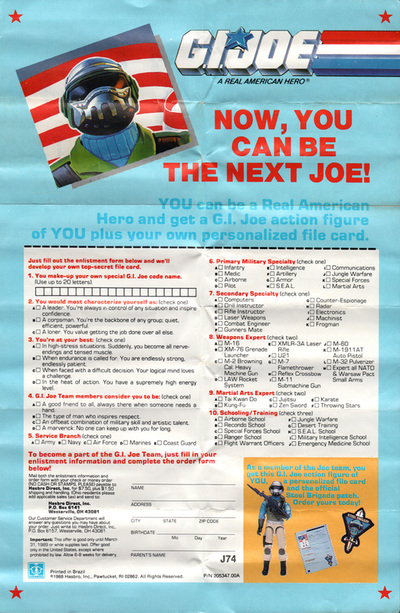 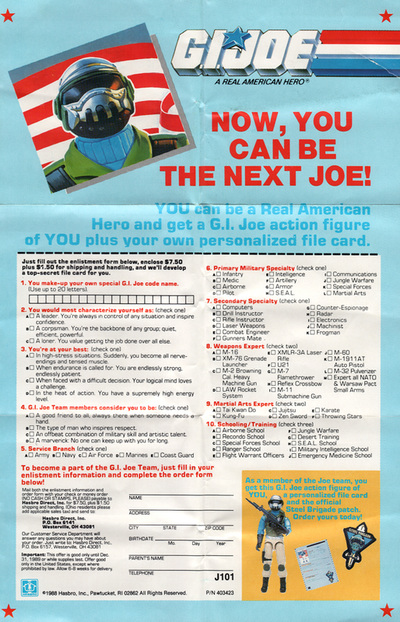 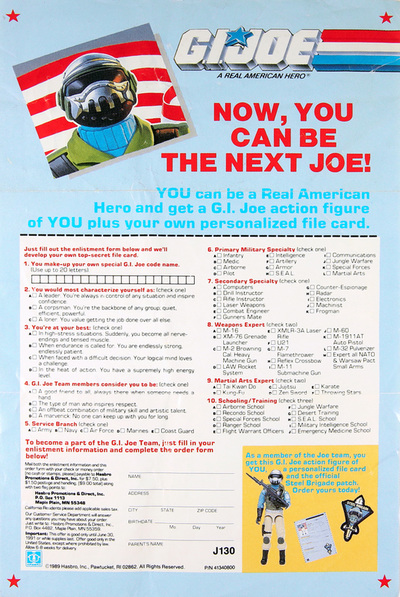 This one-sided offer is numbered J130 and expired June 30, 1991.
Hasbro sent collectors a custom file card (like the one below) with their bagged Steel Brigade figure. 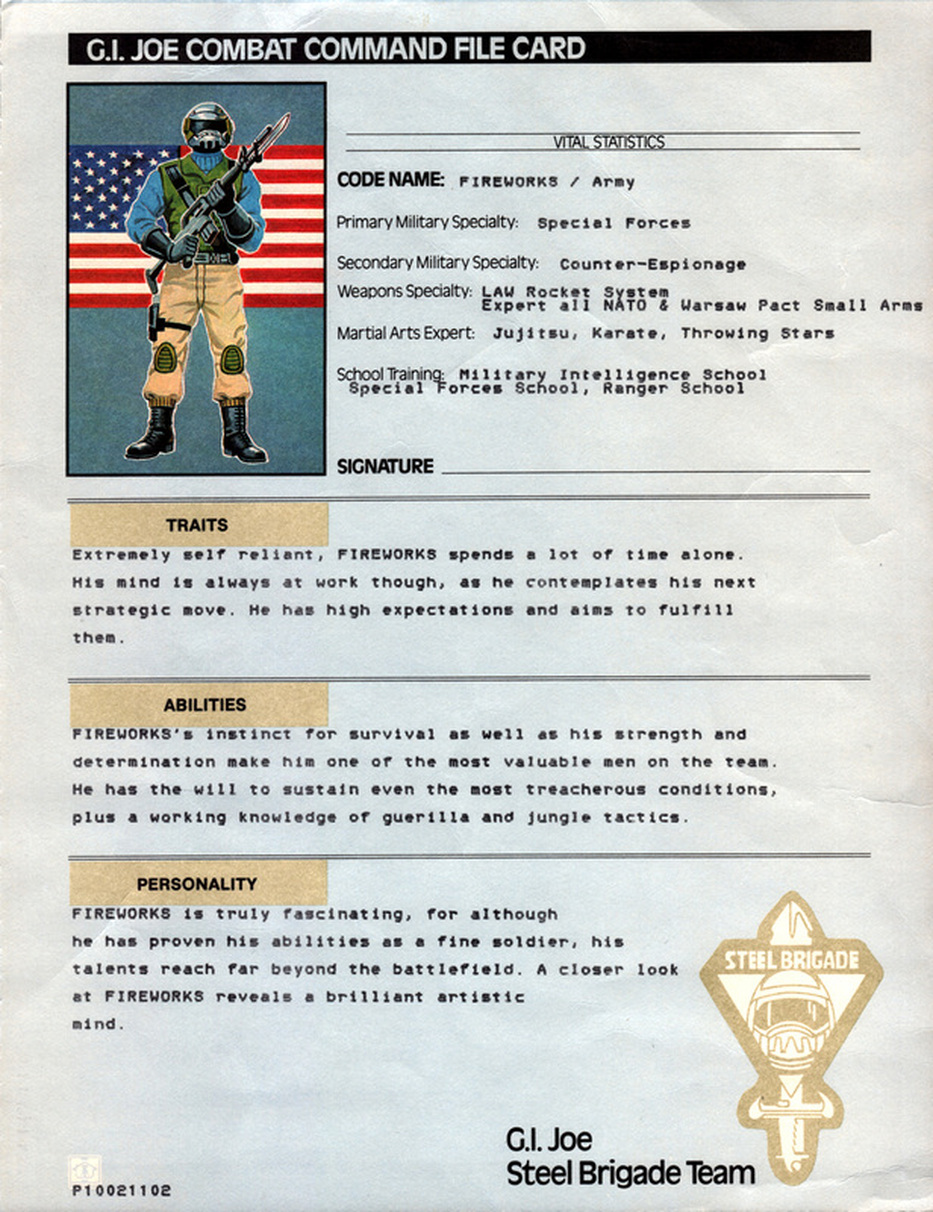 Early versions of the v1 patch have a white backing. Later v1 patches have a black backing. Steel Brigade v2 came with a re-colored patch.

Check out this fantastic video review of the various Steel Brigade figures and accessories, and subscribe for weekly video reviews!