1986 Dreadnok Ground Assault: Motorcycle and 4WD Vehicle (Sears Exclusive)
Both Dreadnok Ground Assault vehicles are repaints of previous vehicles: the 1985 Cobra Stinger and the 1982 G.I. Joe RAM.
There are three variations to the RAM side cannon; light green, dark green, and a combination of the two (seen below).
NOTE: Although the box art showed several Dreadnoks manning the vehicles, none were included. 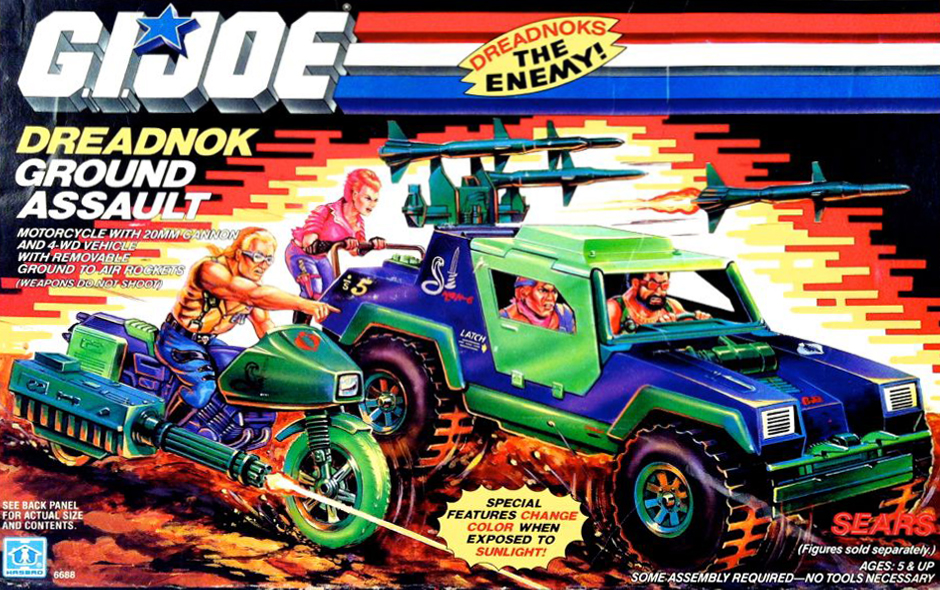 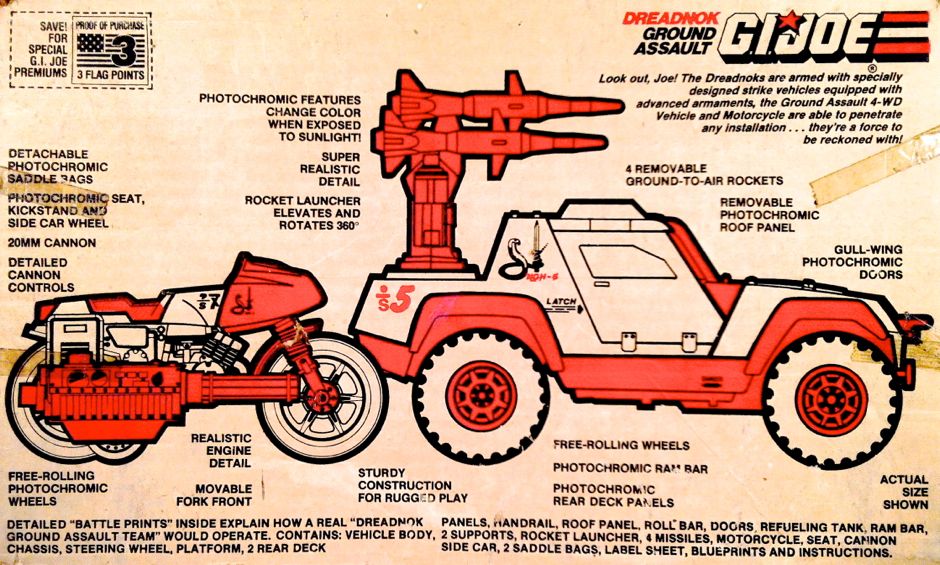 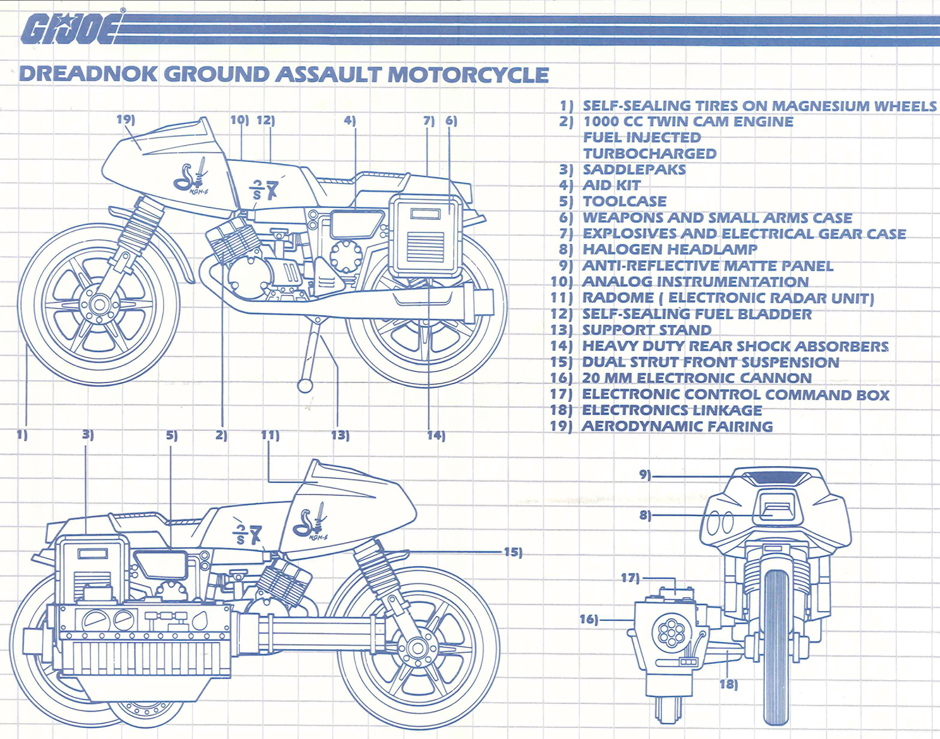 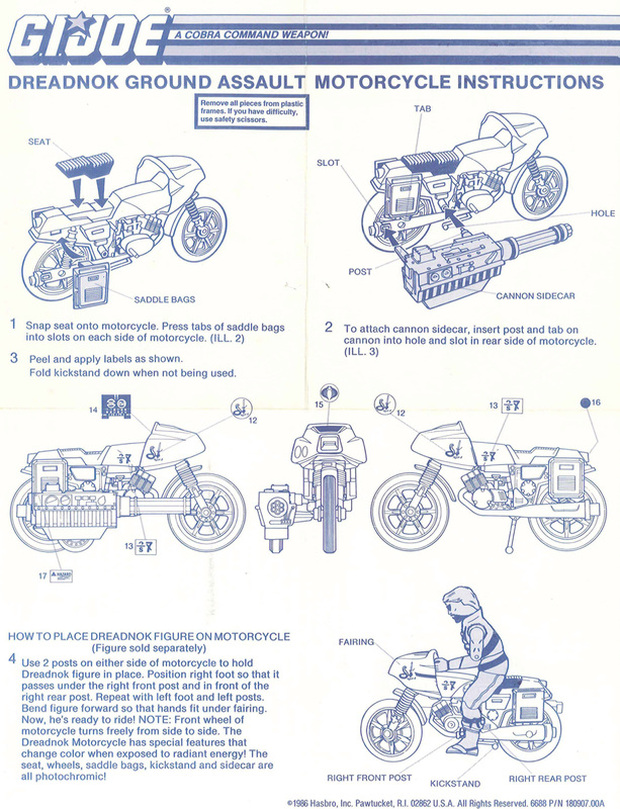 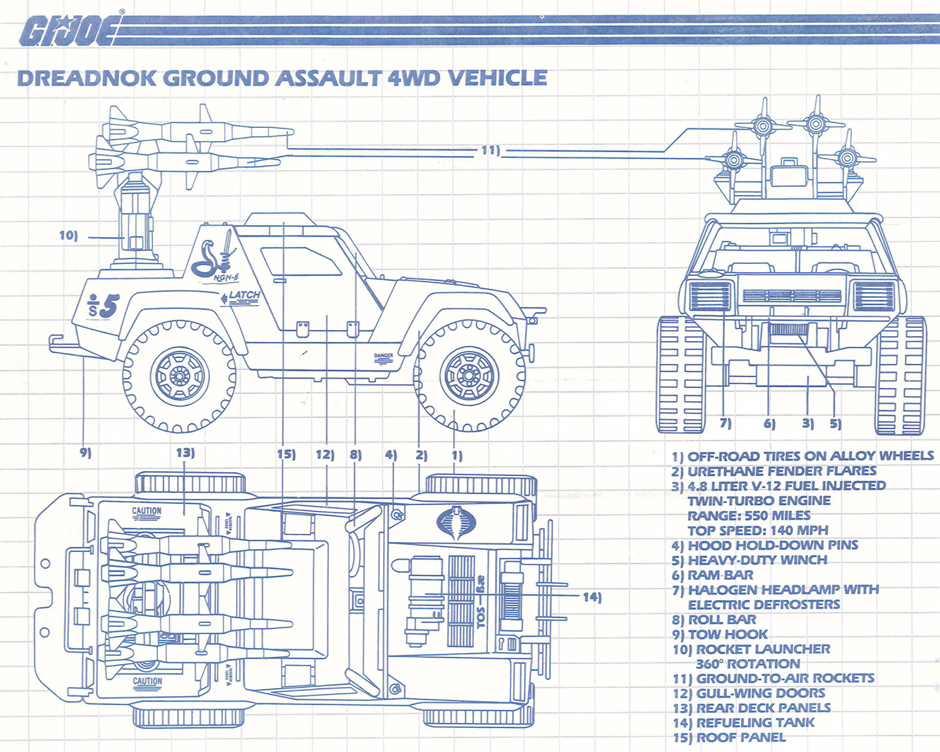 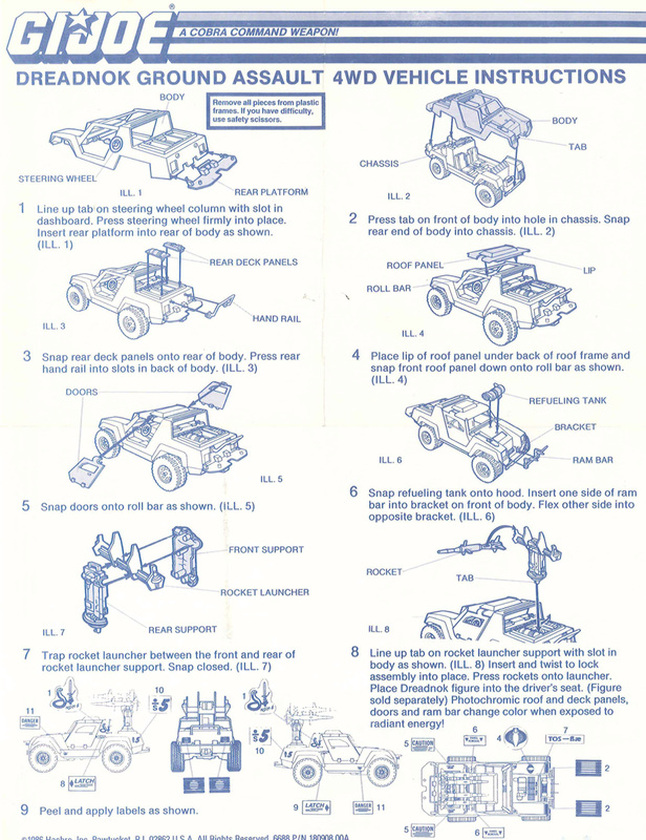