Includes: underwater, AVB-40 laser gun; flippers (2), "Finback", highly trained dolphin sidekick (grey), figure stand
1992 made battle stands standard in all carded figure packages.
The Eco-Warriors came with water shooting weapons (or in Deep-Six's case, a gray dolphin named Finback) and color changing paint.
Back in 1984, we learned that Deep-Six became a diver so he could be alone, by 1992 he softened and made a friend. 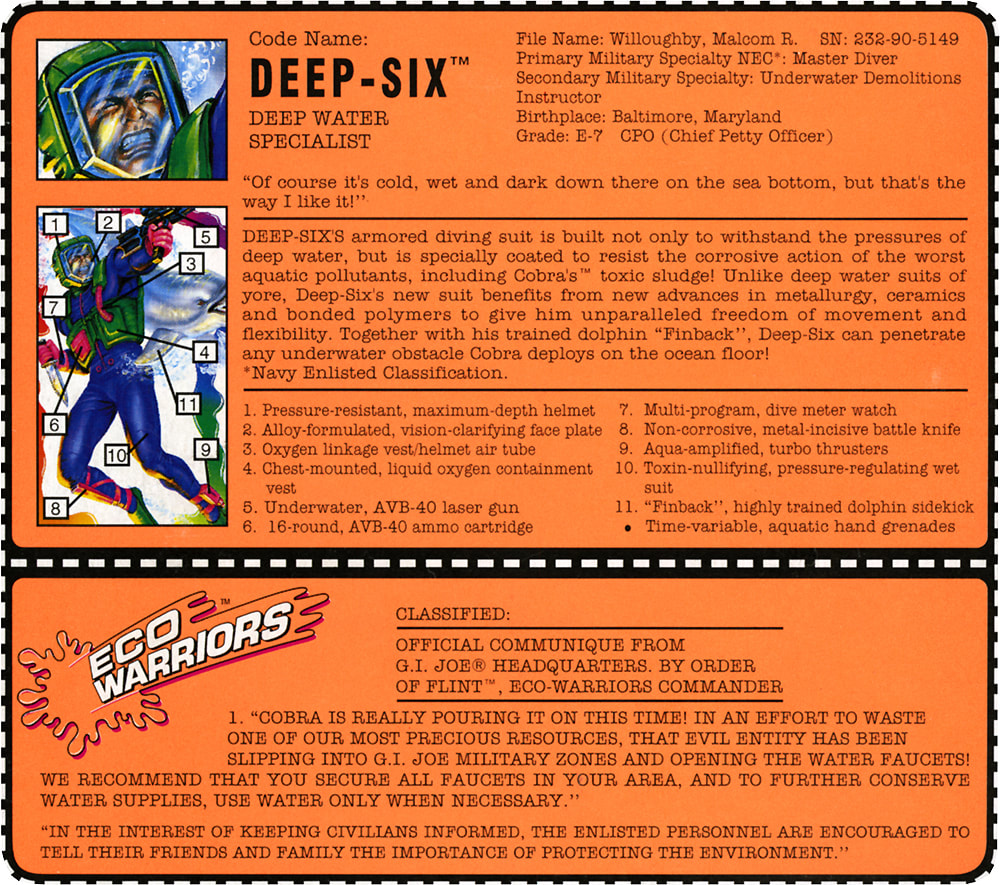 Early carded samples of Deep Six v3 included a black dolphin. These engineering pilots were rejected and the dolphin was revised to gray and white.  The black dolphin was never sold in stores. According to YoJoe.com, "approximately 24 carded samples...were produced" and these are now "in the hands of collectors." The sample shown below was acquired by 3DJoes from Lee's Toy Review, who received two carded samples directly from Hasbro back in 1992. 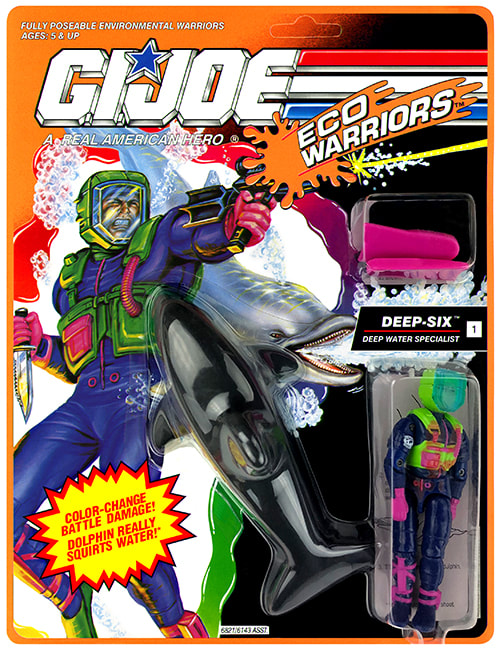