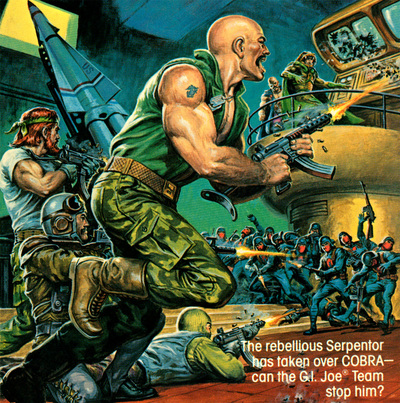 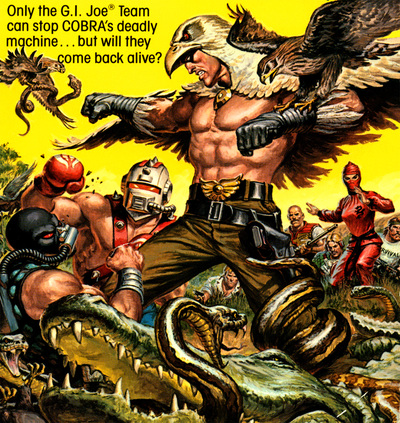 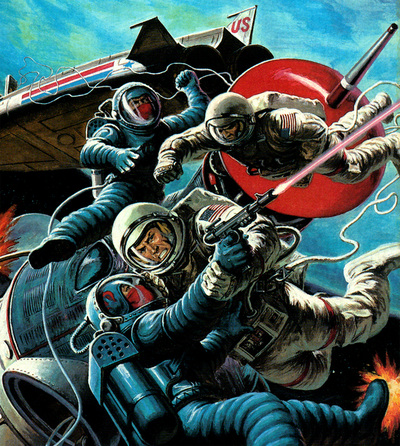 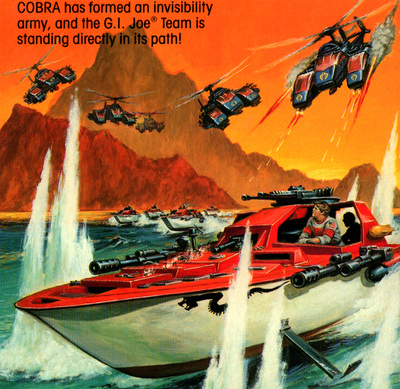 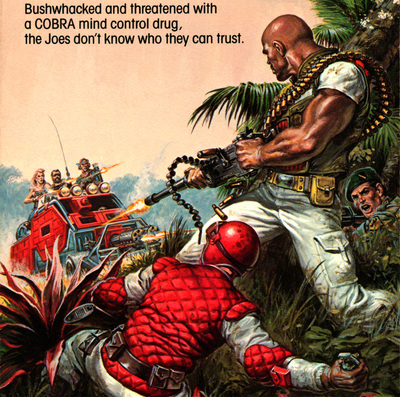 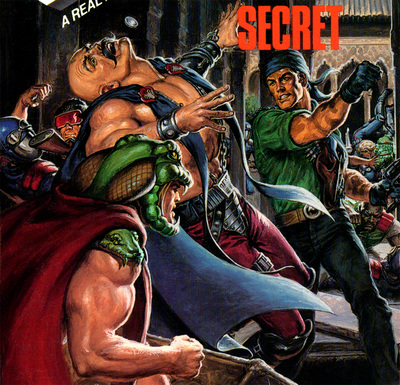 The three original color layouts below were recently auctioned off on eBay, directly from Earl Norem's estate. All three are marked G.I.Joe #6 which coincides with "The Sultan's Secret." As you can see in the loose layouts below, none are a perfect match for the final art, but elements from the first (Serpentor, Dr. Mindbender and some Vipers huddled around a casket) and the second (the Joes rushing in to save the day) were eventually combined to arrive at the final illustration. A huge THANK YOU to eBay Seller gkensek for sharing these images! 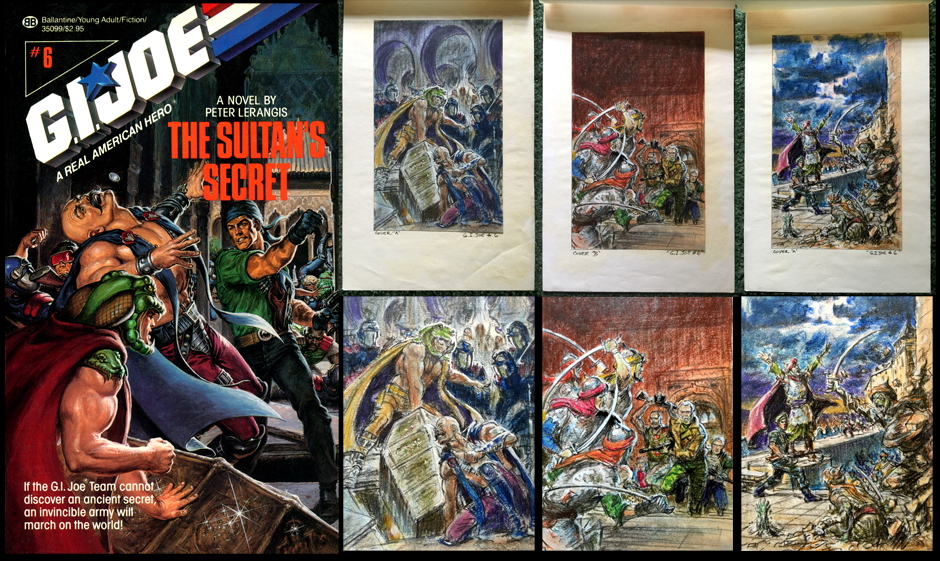 Click through the images below to see full screen versions of this rare Joe art. 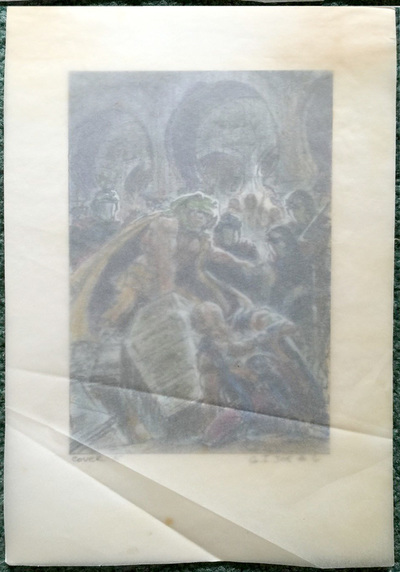 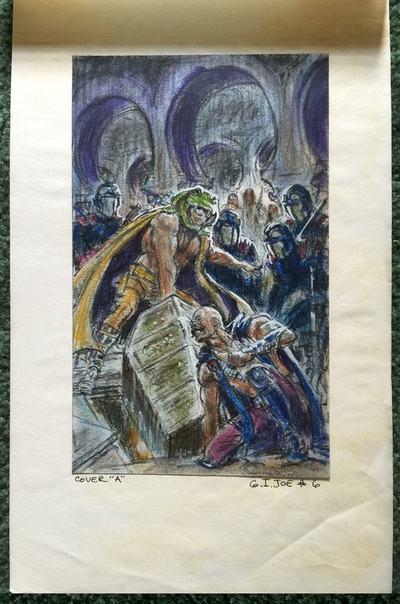 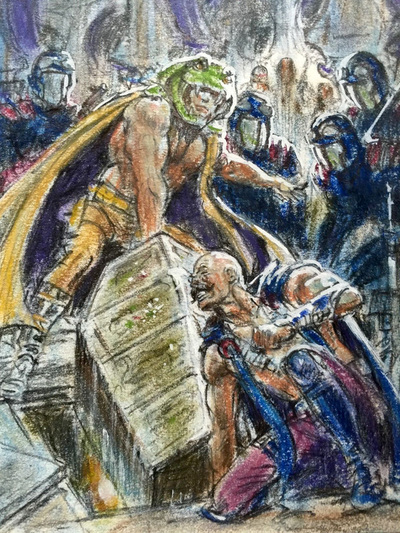 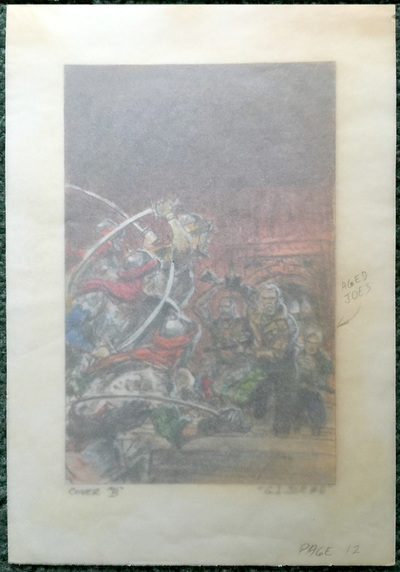 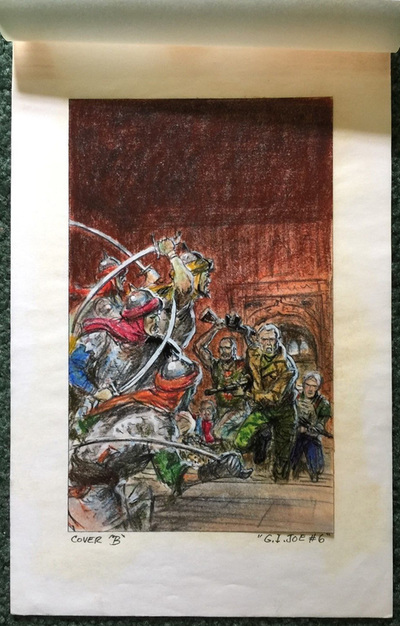 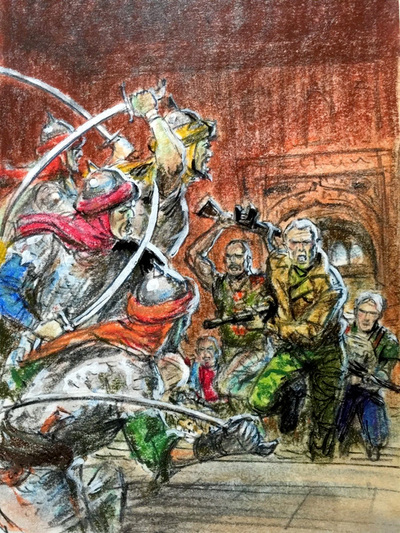 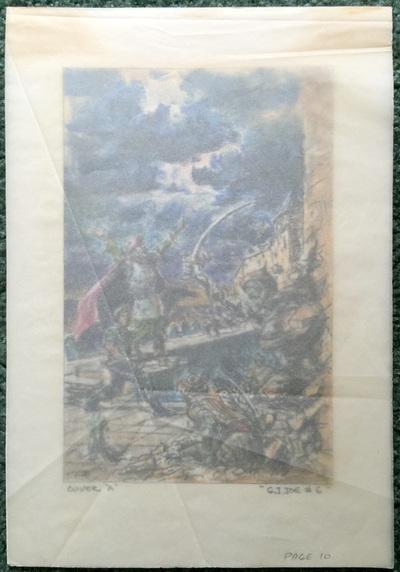 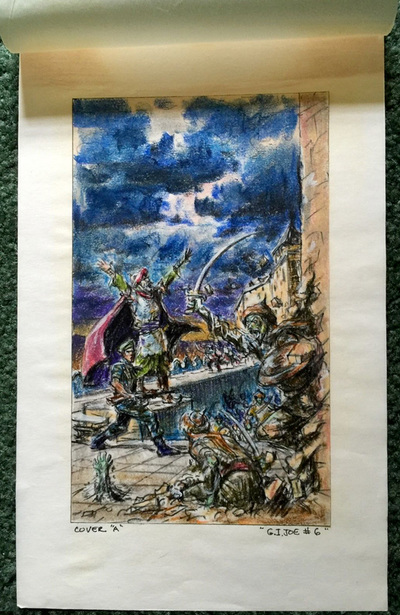 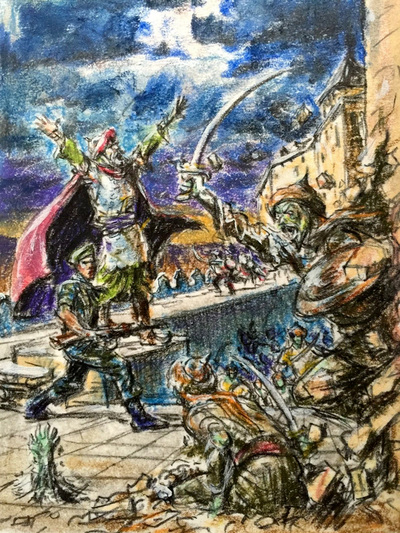 "I am pleased to present for auction this great original art from the legendary Earl Norem.  I have the privilege and rare opportunity to offer this work consigned for sale directly from the family of Earl Norem

Earl Norem (1924-2015)  was a prolific painter of inspiring works.  His fine art style has appeared on the covers of Marvel Comics, Topps Trading Cards, Novels, Magazines and more.  He is well known for his work on Savage Sword Of Conan, Spider Man, Planet Of The Apes, Mars Attacks, Transformers, G.I. Joe, The Million Dollar Man, The Hulk, Fantastic Four and Wizards & Warriors.  Magazine works include Readers Digest, Field & Stream, Real West, Discover & more.  Also package design and art for toy companies such as Mattel, Hasbro and Mego, as well as program covers for the New York Yankees.

Direct from Earl's estate, this auction is for a color layout for G.I. JOE  Vol. 6 THE SULTAN'S SECRET published by Ballantine Books 1988. This is one of three layouts I am currently listing as well as a painting from Operation Disappearance by Marvel Books. (I will combine shipping).

There is a bit of mystery as I do not have the original book to use as reference.  Below the image is written "Cover B"  and "G.I. JOE #6". I know it was not the chosen cover design but may have been used as an interior illustration. On the tissue paper overlay there are some notes from the publisher's art director.  Written is a suggestion for an "aged Joe" and also "Page 12".

This layout measures 5-1/4 x 8-3/4. The art is not signed but guaranteed to be the work of Earl Norem.  A note of provenance will be provided by request of the winning bidder."