NOTE: Although the box art showed Snake Eyes manning the Ninja Lightning, and he's pictured above, no figures were included. 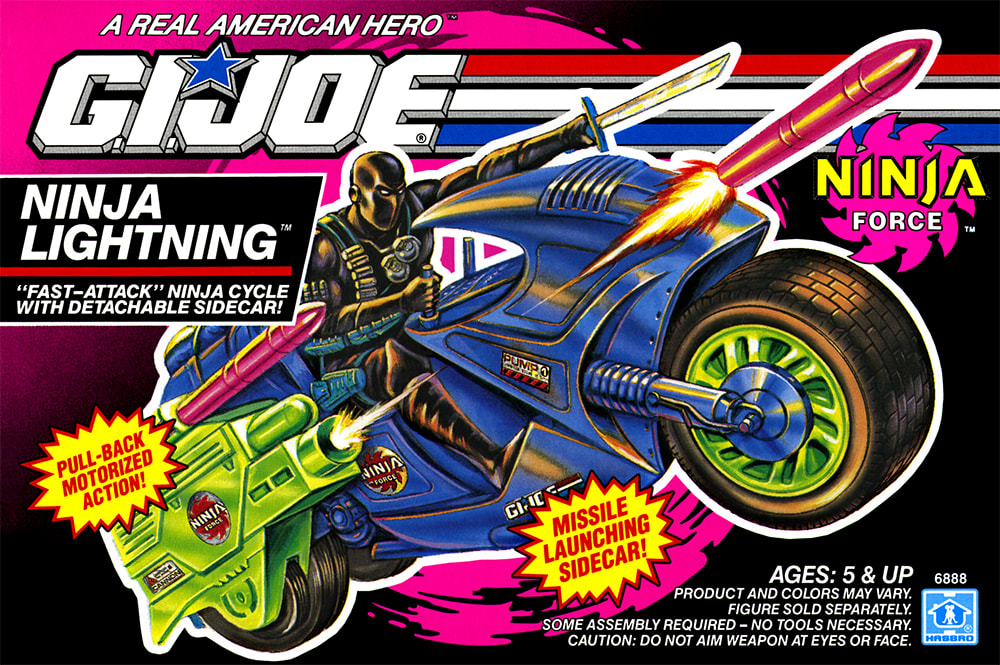 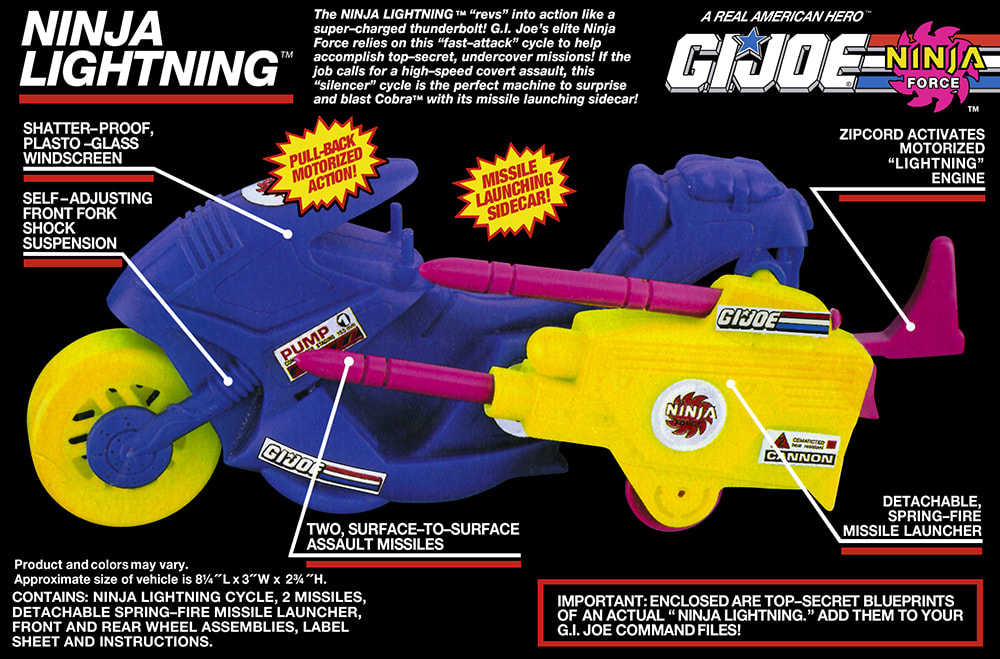 There are two versions of the 1993 Ninja Lightning. The missiles, sidecar wheel, sidecar trigger, and zipcord were originally released in pink (matching the prototype shown on the back of the box) and later released in maroon. Neither version appears to be more difficult to find.
Detailed image gallery coming soon! 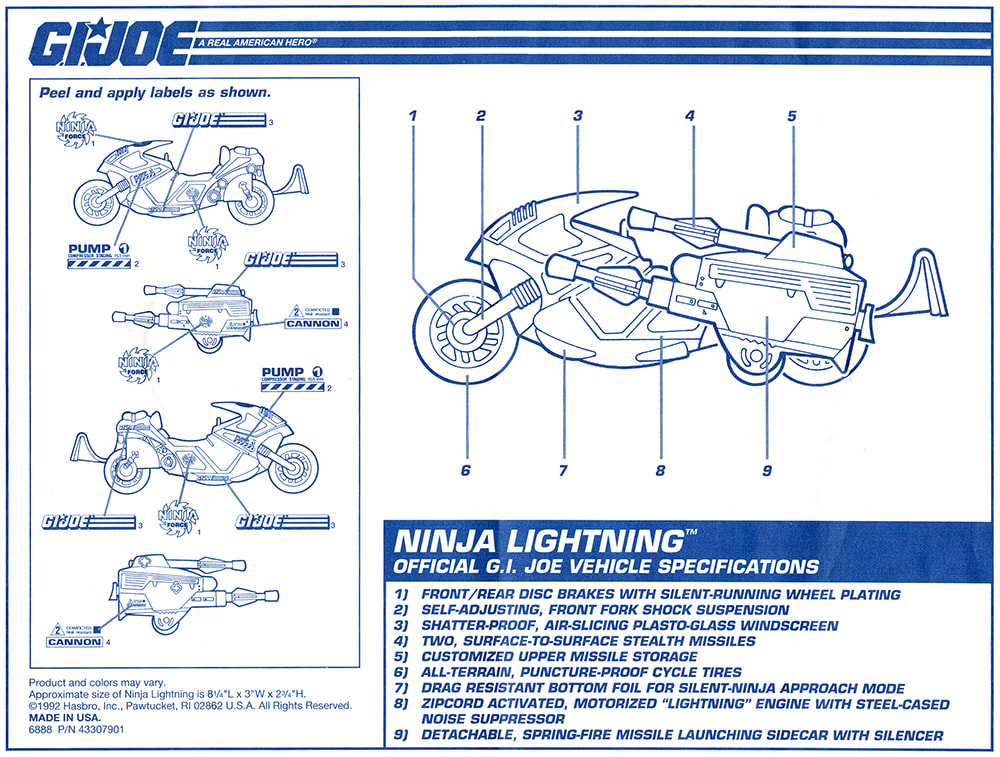 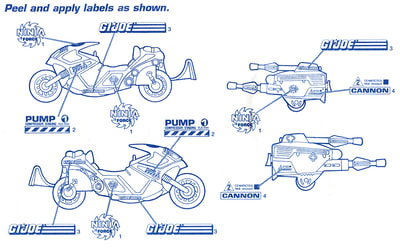 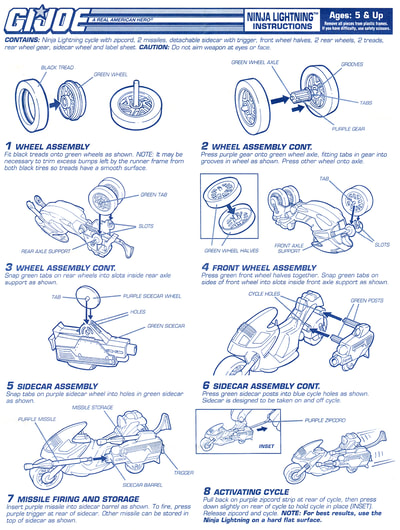 Instructions page 1
A special thank you to Chad Hucal and Jeff Jones for additional image editing and to Ben Thomas for crafting captions.