The offer below was inserted with 1982 vehicles. There were also carded 1982 figures featuring the Cobra Commander offer on the front. 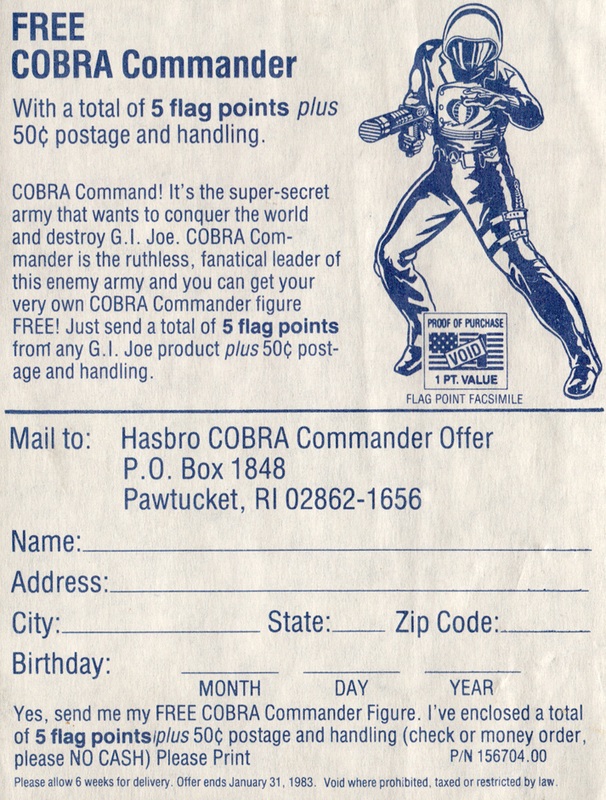 As can be heard in the creator commentary below, the response to the Cobra Commander Offer was overwhelming.

Kirk Bozigian (G.I. Joe Product Manager) discusses the birth of the Flag Points program and one crazy Christmas in 1982.
All sixteen 1982 straight-arm figures were re-released in 1983 with updated swivel-arm articulation. The 1982 straight-arm figures are known as v1, while the 1983 swivel-arm figures are known as v1.5, since they aren't entirely new figures.
Click here to see the 1983 v1.5 Cobra Commander