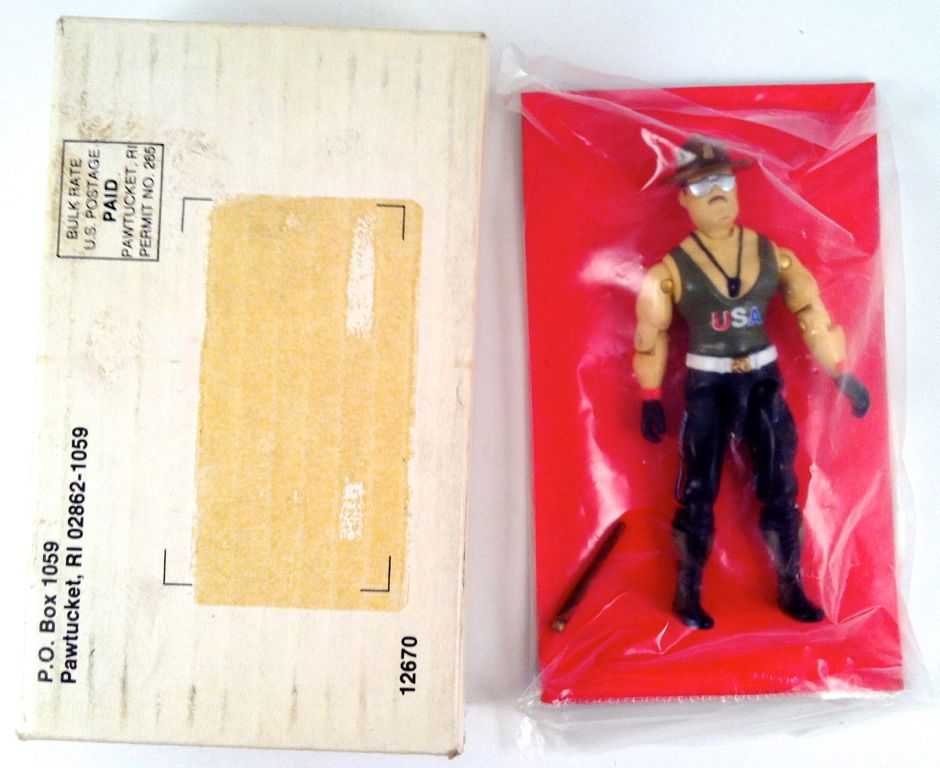 Sgt. Slaughter came in a small mailer box and was sealed with a red-back file card and a baton. 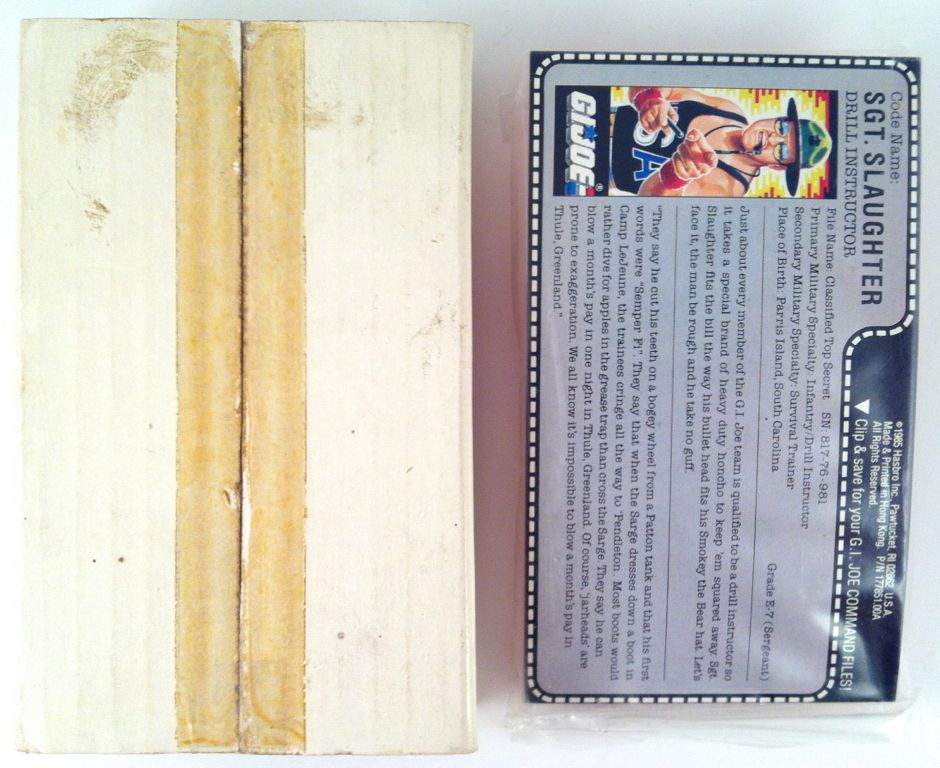 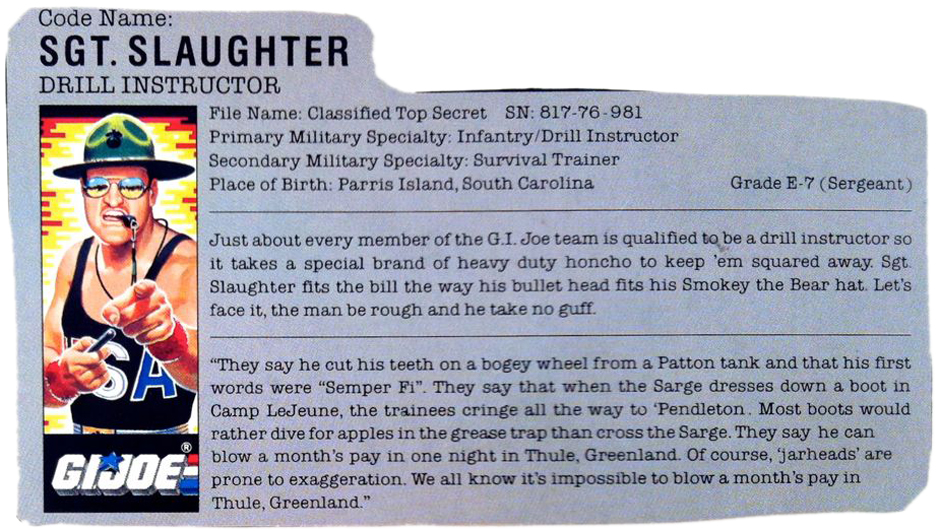 You could call in (for a 50¢ charge) or send a self-addressed stamped envelope to get a secret code that would replace one Sgt. Slaughter Proof of Purchase Certificate (you'd only need to collect four instead of five with this code). Below is the card you received if you sent the self-addressed stamped envelope to Sgt. Slaughter instead of calling him. 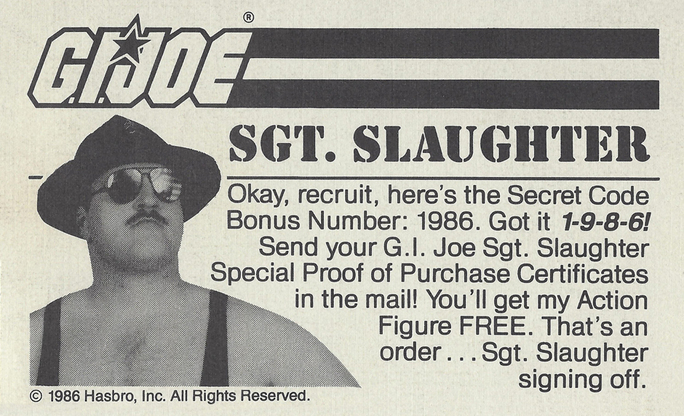