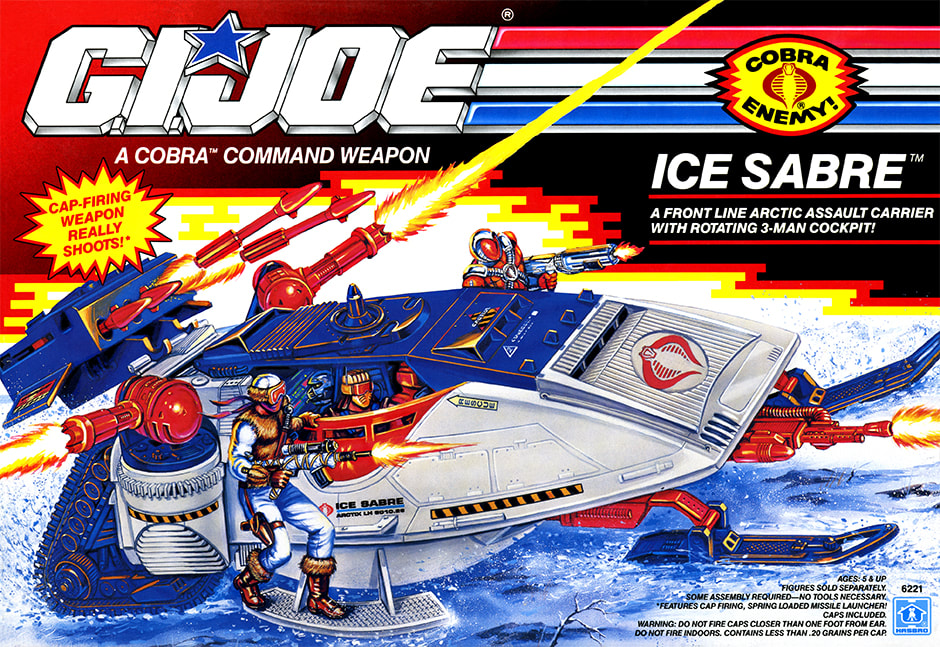 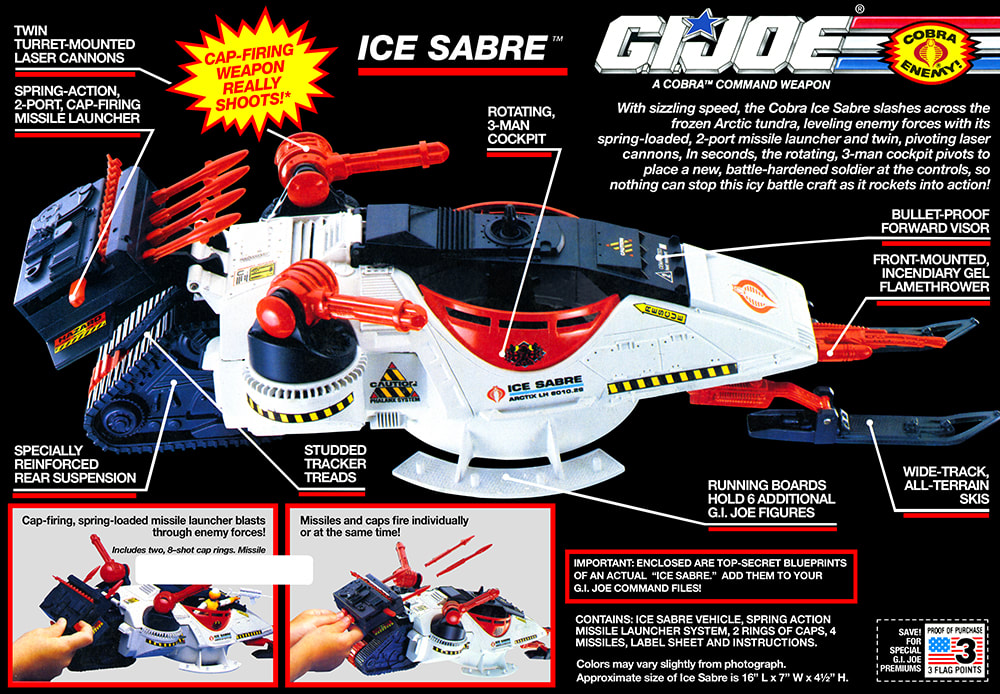 The Ice Sabre box was modified during production from the earlier box seen above, to the later box seen below. The earlier box shows the prototype Ice Sabre, while the later box more than likely shows a factory produced "test shot," or even the final retail product. It was not uncommon for Hasbro to show prototypes on the back of vehicle boxes, and in fact, production timelines usually made that a necessary compromise. It was unusual for Hasbro to make a running change to a vehicle box. We believe the changes from the prototype to the factory produced retail product were so significant that they decided to update the box with new photography to more accurately reflect the final product. There are many changes to note from the prototype (above) to the mass produced final product (below): the prototype features metal pins at the joints for the skis and missile box, while the final product replaces the metal pins with plastic clips at the joints. The prototype shows a strip of caps, while the final product shows a ring of caps. It appears they also revised the missile launcher mold, the side gun mounts, the running boards, the swivel on top of the canopy, and more. 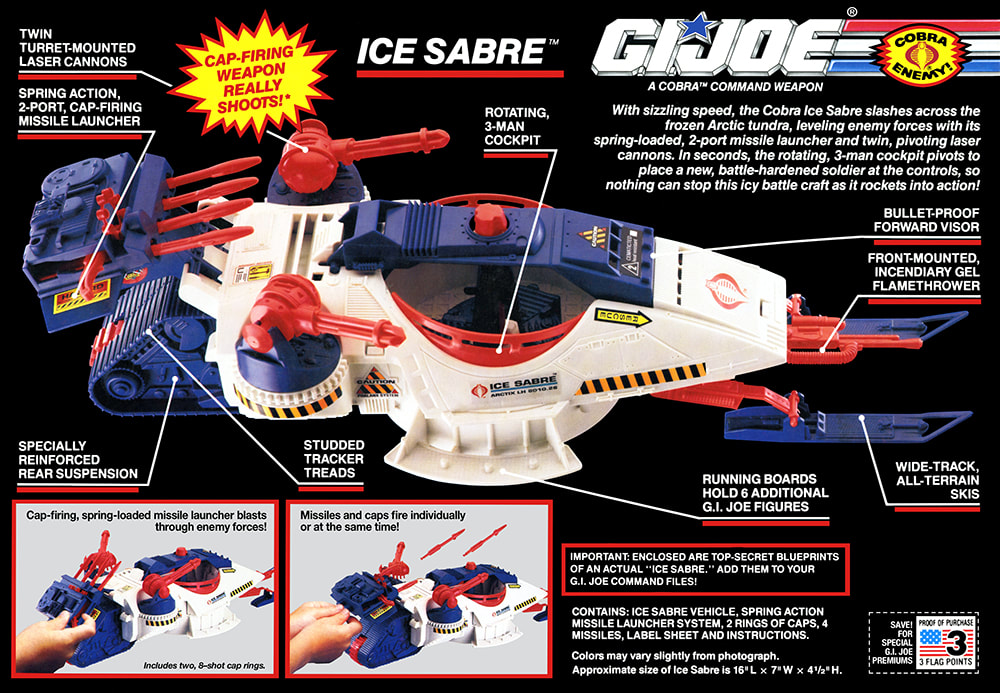 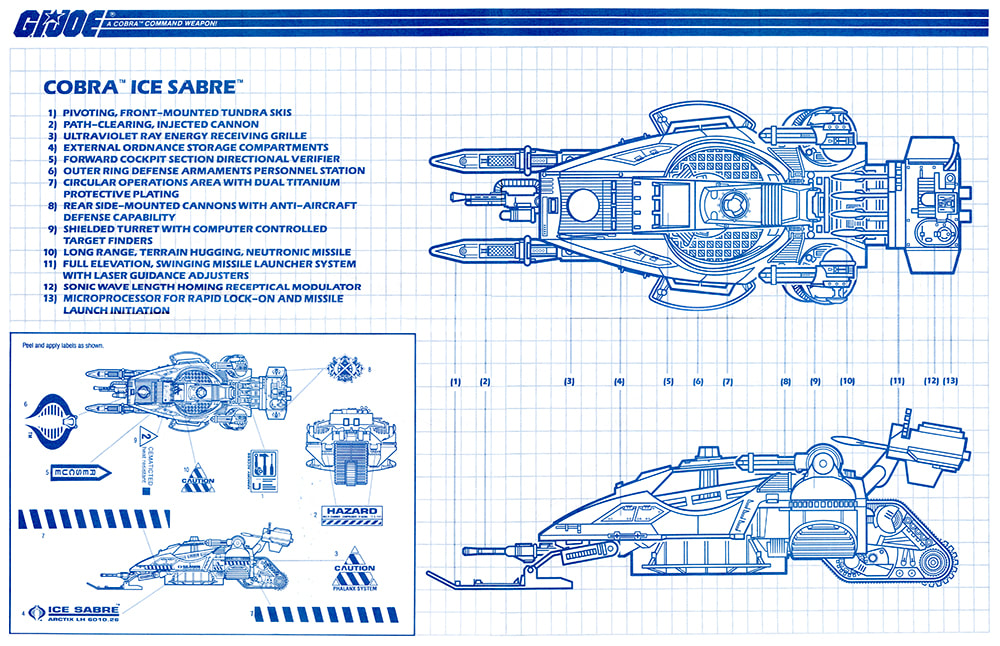 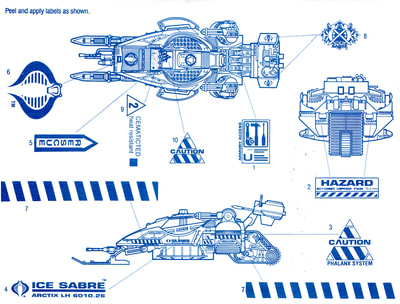 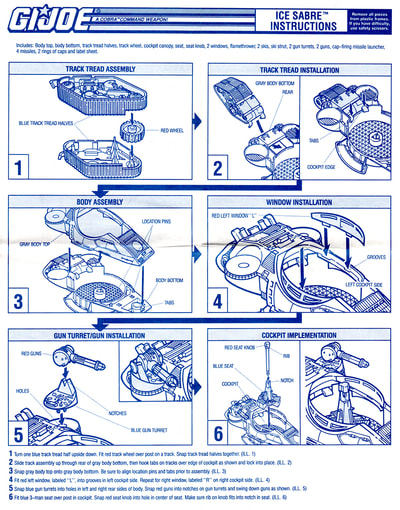 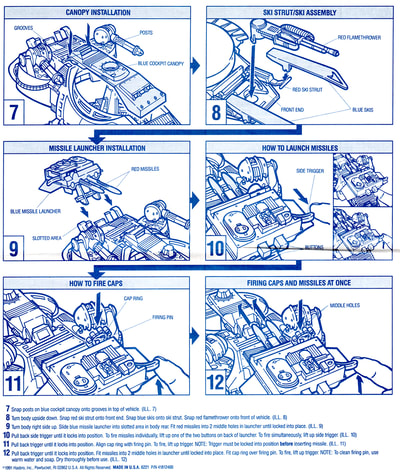