1985 Parachute Pack (mail order)
Much like a real parachute, you pull the pin at the top, throw him in the air and watch him glide down to the earth.
NOTE: Although the offer art described Airborne manning the Parachute Pack, and he's pictured above, he did NOT come with it.

This small mail order sheet for the Parachute Pack (above and below) was included with 1985 carded figures.

The Parachute Pack was also available through several catalogs, three of which are shown below. 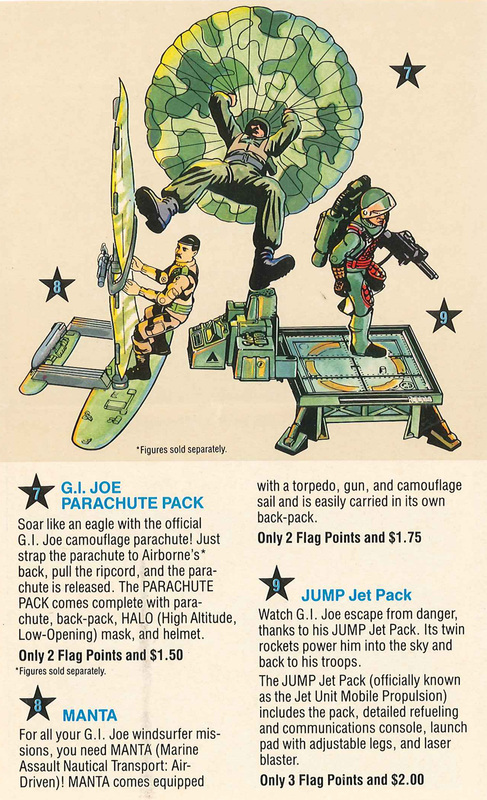 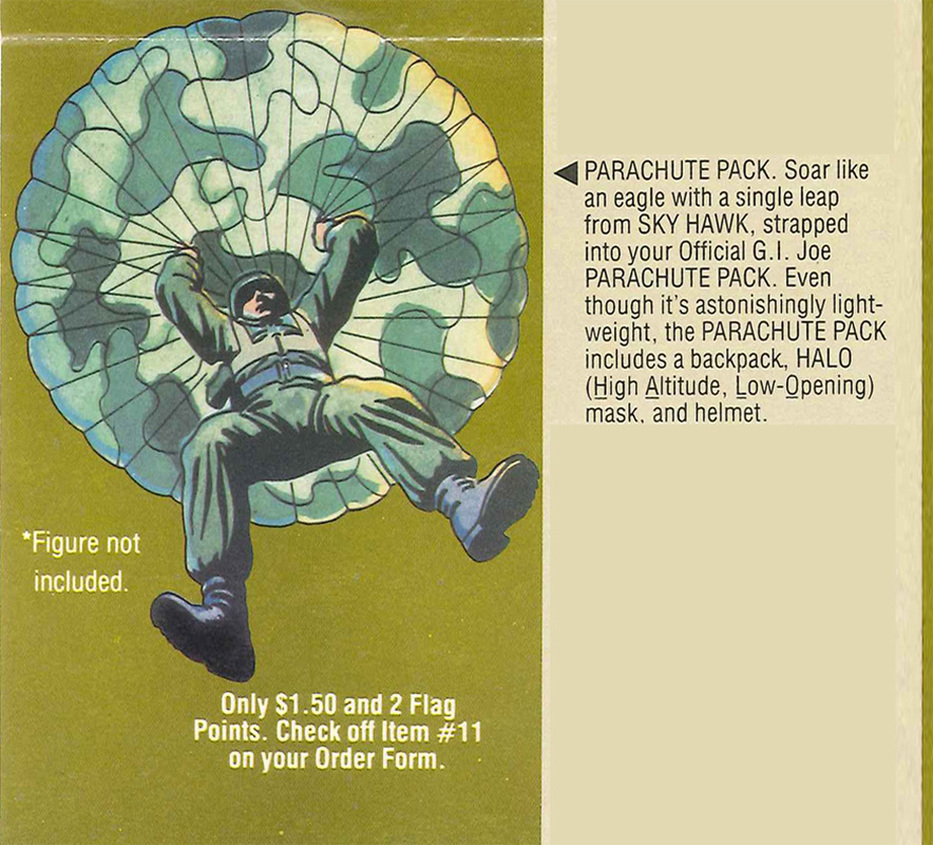 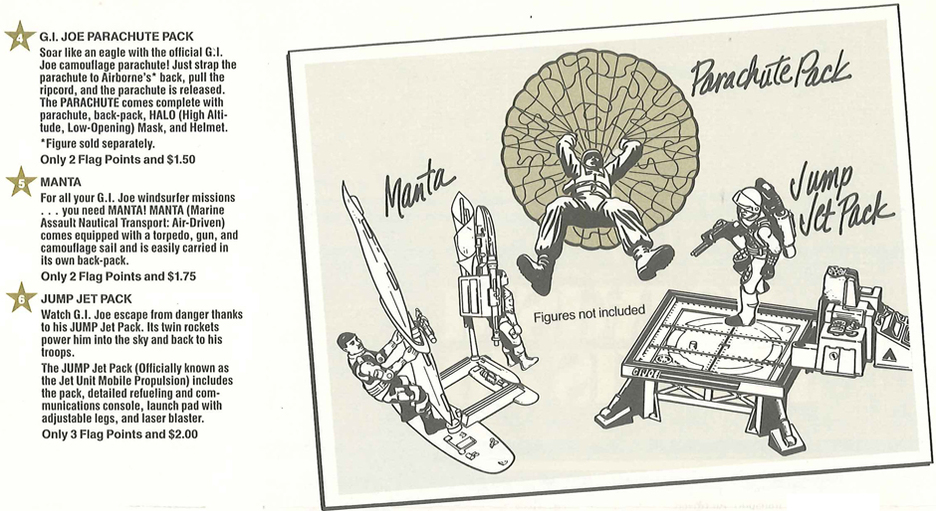 Above is a sealed (MISB) Parachute Pack. This was a mail order only accessory. 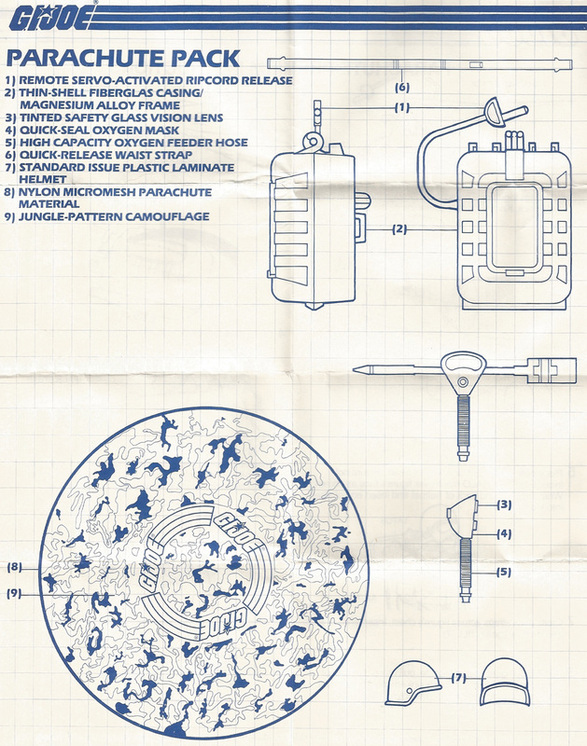 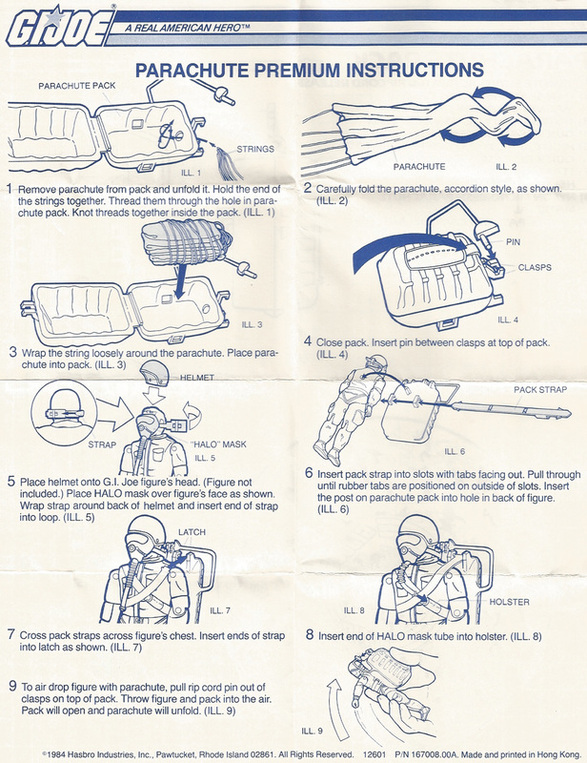