The illustration below is from the Collectible Toys & Values (1993) article, seen on Kirk Bozigian's Creator Profile page.
This "design sheet" was also known as a "control sheet" and was created by R&D to guide the sculptors as they molded the figure. 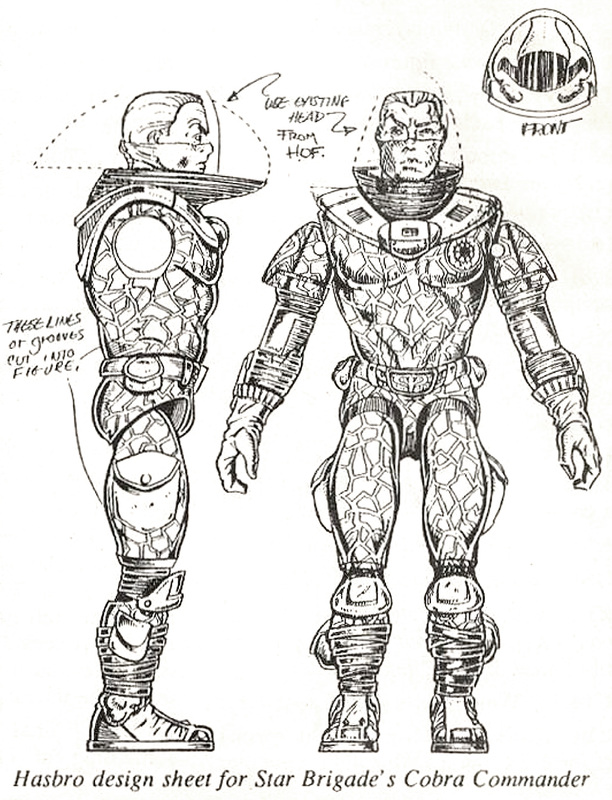