​The APC was sold in stores in 1983 and 1984. The APC was made available through Hasbro Direct from 1987 to 1994. These mail-order APCs were identical to the retail release until 1992, when the top was changed from the camouflaged deco seen on the left to the green deco seen on the right. Also of note: the wheels were changed from dark gray (seen on the left) to black (seen on the right). This revised APC was also made available as a boxed convention exclusive labeled ‘CUDA (Coastal Unit Defense Amphibious Transport). The ‘CUDA included Cutter v3 (from 1993) as the driver.
The mail order APC blueprint / instructions are the same as those sold in the US at retail. 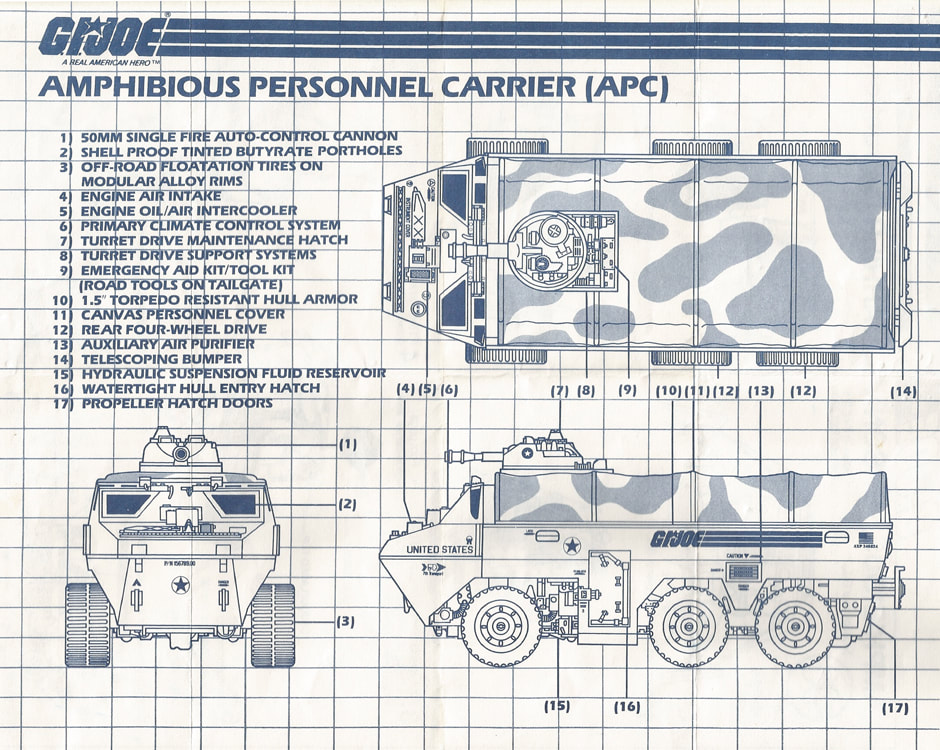 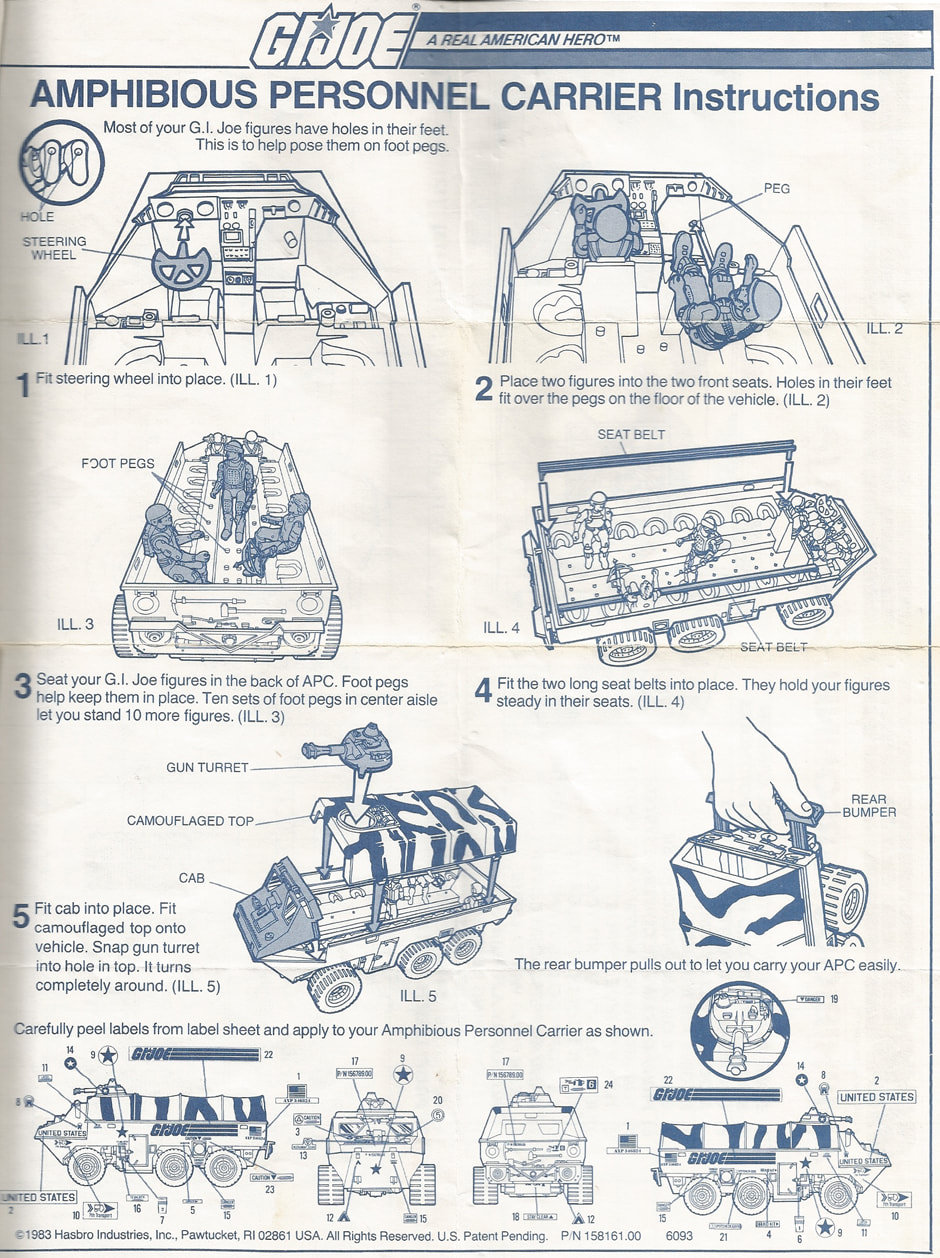