The photo below shows an unfolded blue parachute (courtesy of Top Shelf Toys). This photo gives you a good idea of how big these are. 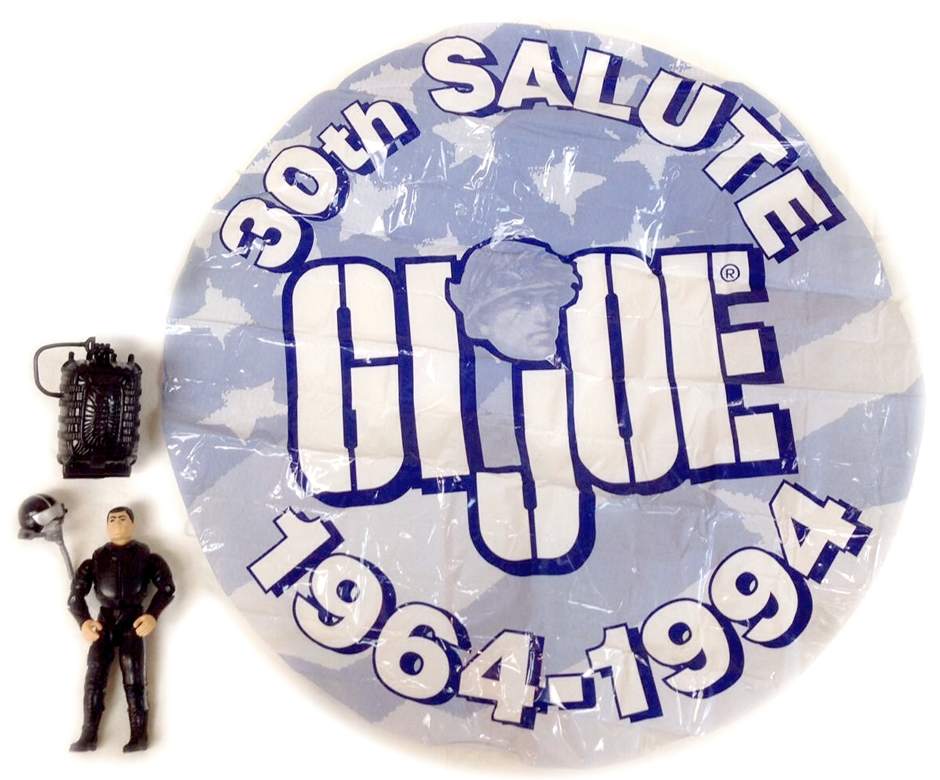 There was a G.I. Joe Heroes Skydiving Team touring the U.S. in 1994, and the Fighter Pilot's uniform was designed to match them.