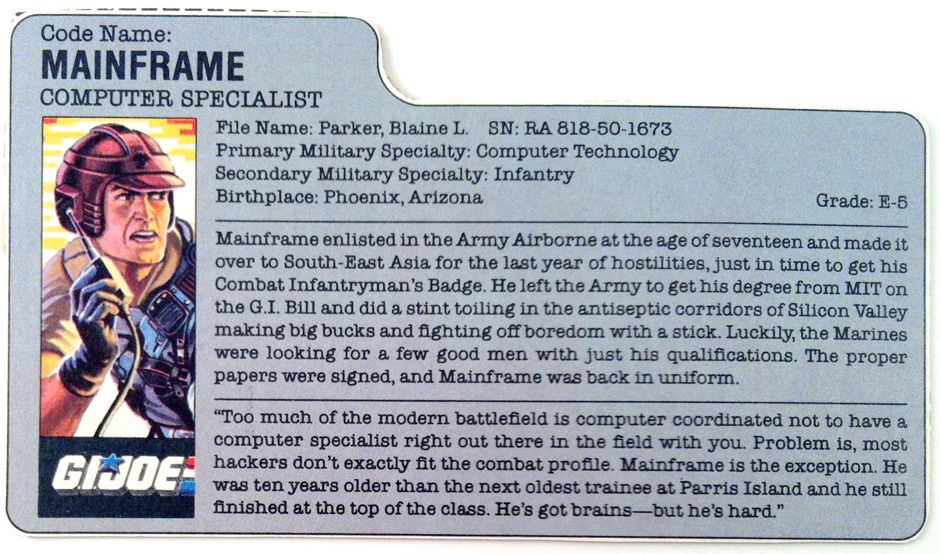 Mainframe v2 was never sold carded in stores. The card seen above is a custom piece of fan art created by a friend of mine.
He sells under the name evolving_door_1975 on eBay. You won't be disappointed by his custom cards. Tell 'em 3DJoes sent you!