1986 Dreadnok Thunder Machine
The windows are removable. I usually leave them off so you can see the Dreadnoks inside (seen above).
NOTE: Although the box art showed Dreadnoks riding on the Thunder Machine, and they are pictured above, only Thrasher came with it. 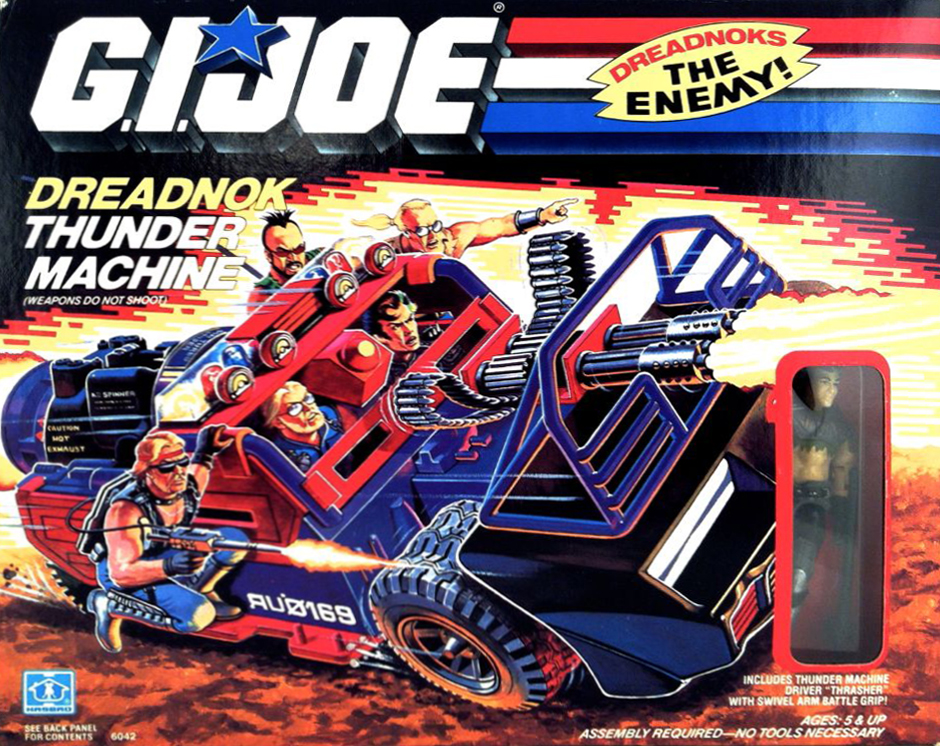 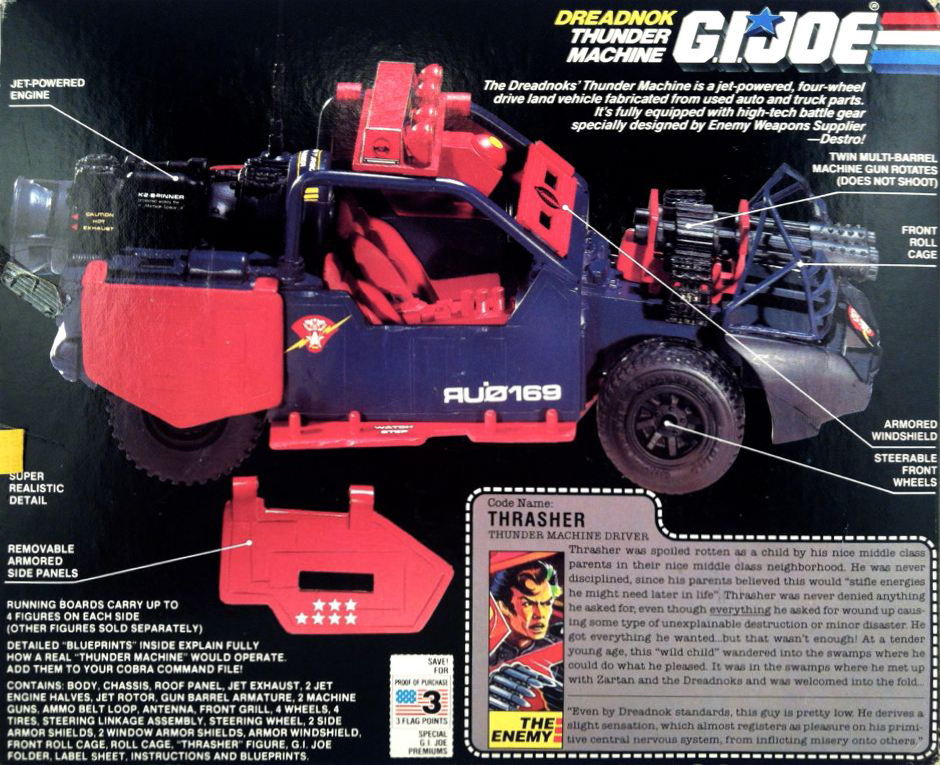 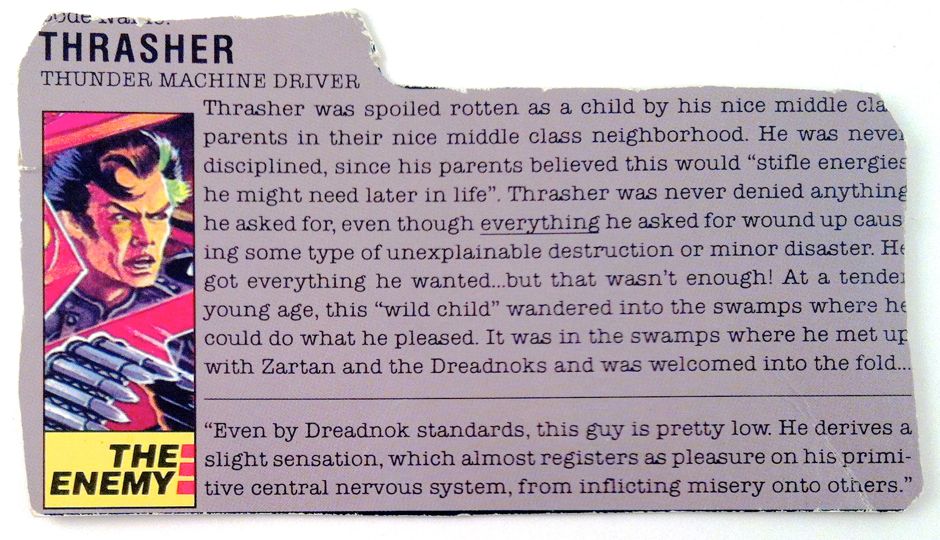 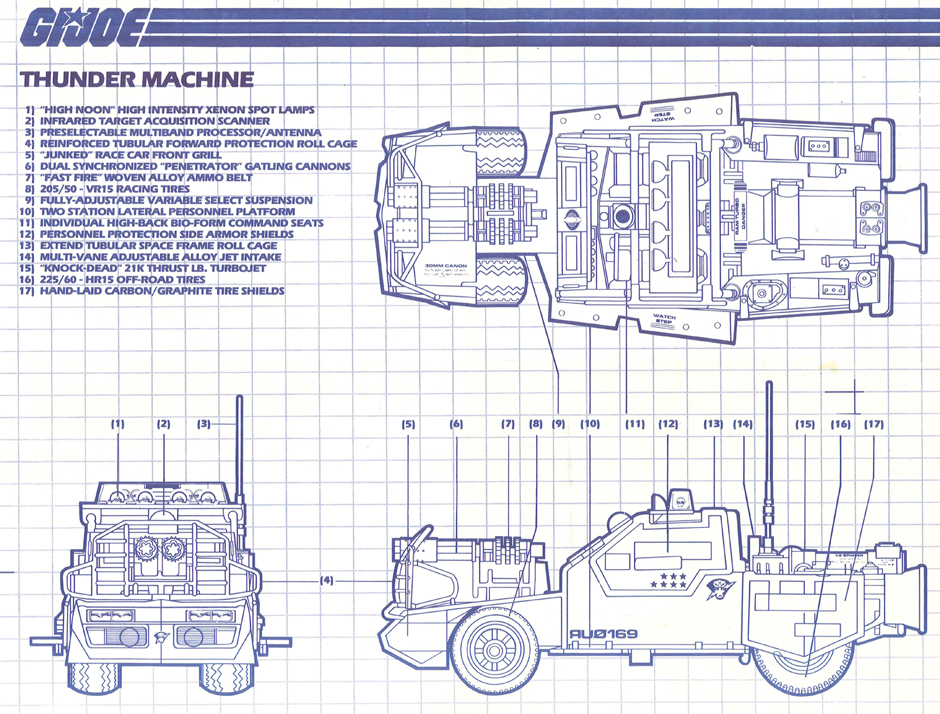 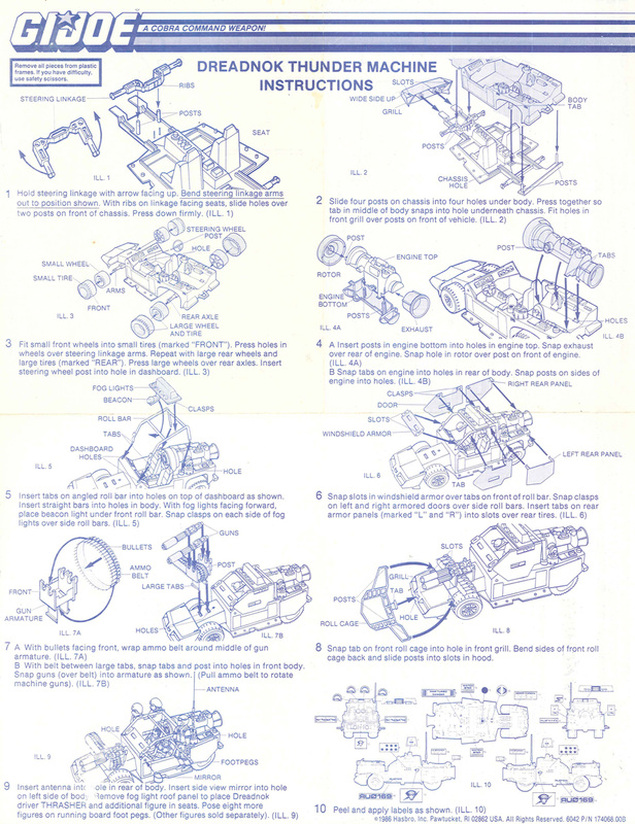