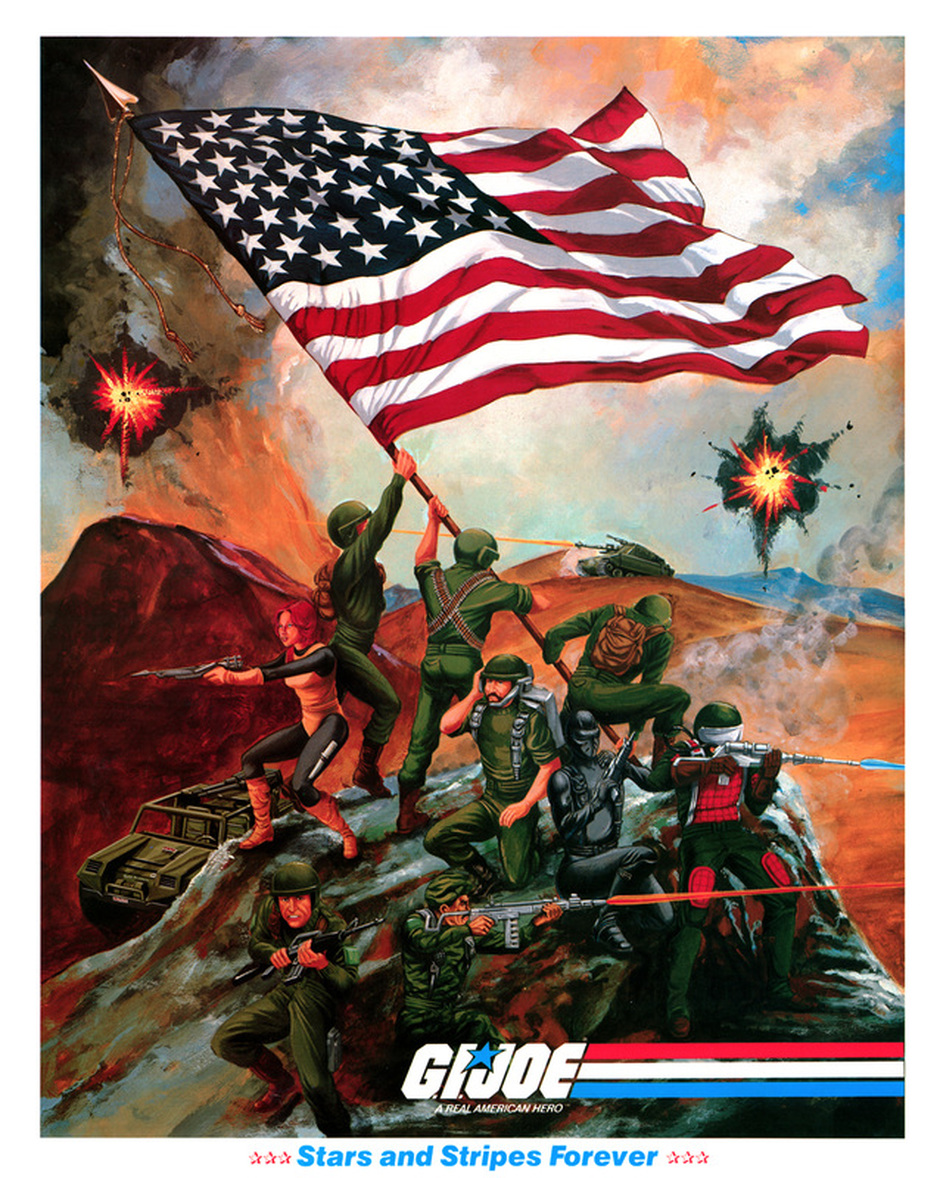 Ron Rudat was on staff at Hasbro back in 1982 and painted this timeless image. Click the images below to enlarge them. 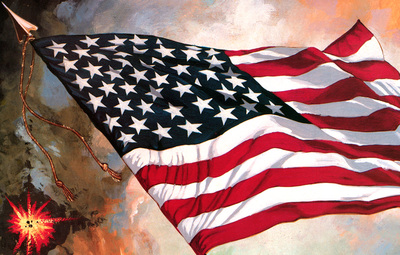 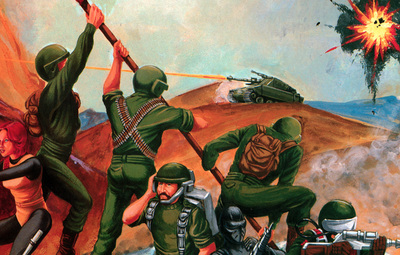 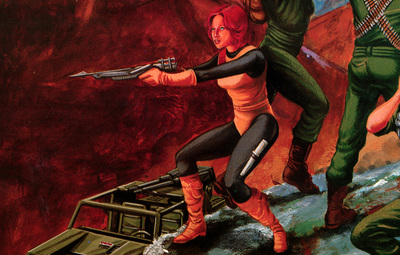 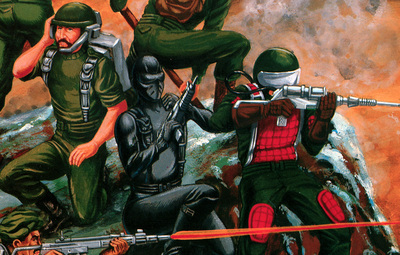 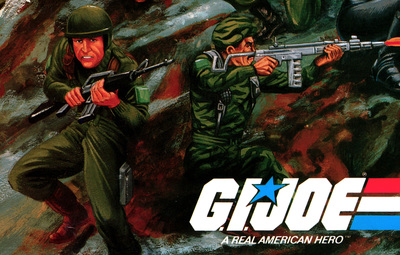 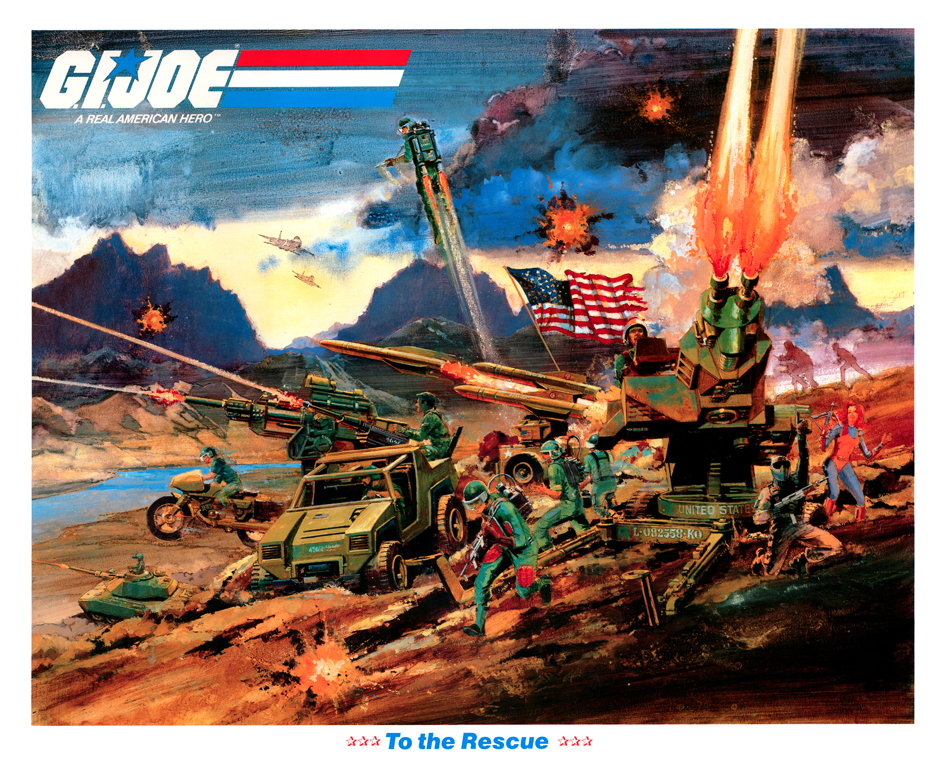 Arguably the most beautiful piece of marketing art in G.I. Joe history, its artist remains a mystery. Click the images below to enlarge them 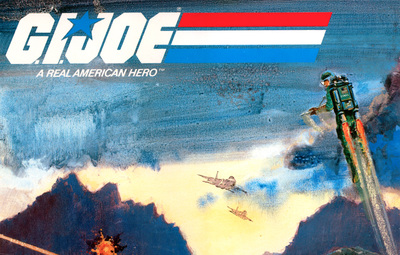 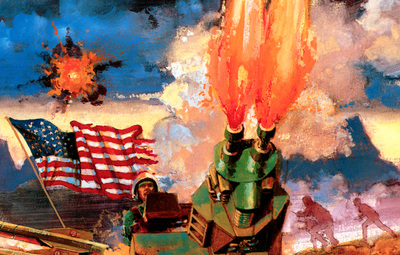 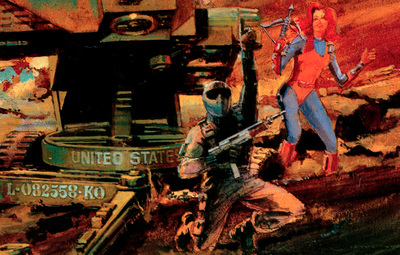 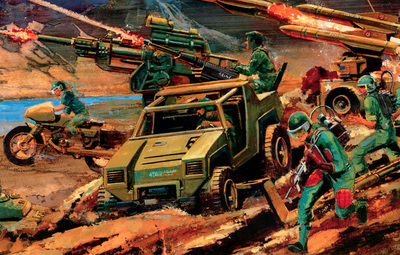 Kirk Bozigian (former marketing manager and VP of Boys Toys at Hasbro) shared this info:
"This painting was commissioned by Aladdin Thermos for their tin lunch box. One of our first GI joe licensees in 1982! They introduced the lunch box almost simultaneously with our toy launch. I asked to use the art for two posters we offered for flag points in 1983. Artist unknown."

Here's some more info on this poster from Erik Araña (former Hasbro designer and current Boss Fight designer):
"The original hung in the office of Aaron Archer at Hasbro during my time there. Seeing the original with all the brush strokes and marks was amazing to me since this is one of my favorite images from the vintage branding. We stood there one day admiring it and discussing who the artist might be. There was no signature but it's an awfully familiar style. I believe it is Bill Sienkiewicz as he worked for the outside advertising firm that did work for Hasbro way back when. The name of the firm escapes me...but it's how he ended up doing the first two Transformers covers as well. I don't know for sure though."

We were able to reach Mr. Sienkiewicz and share the painting with him. Unfortunately he confirmed that the painting is not his: "No, not mine... But I did do some animation character designs for G.I.Joe back in the late 80's early 90's...I'm wondering whose art this is! All the best!" What a thrill to talk with him regardless.

Anyone have any additional info on who painted this? It was not Ron Rudat and might have been Bill Sienkiewicz. Please contact me via Facebook or Twitter with any info.
"To the Rescue" and "Stars and Stripes Forever" were available via mail order from late 1982 through early 1985. 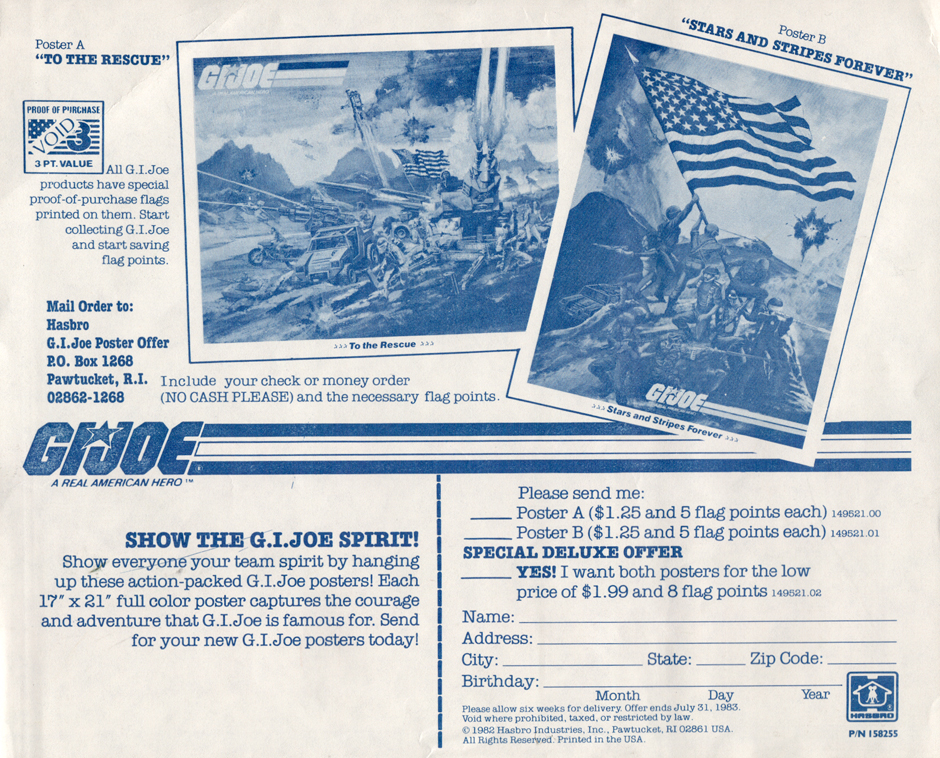 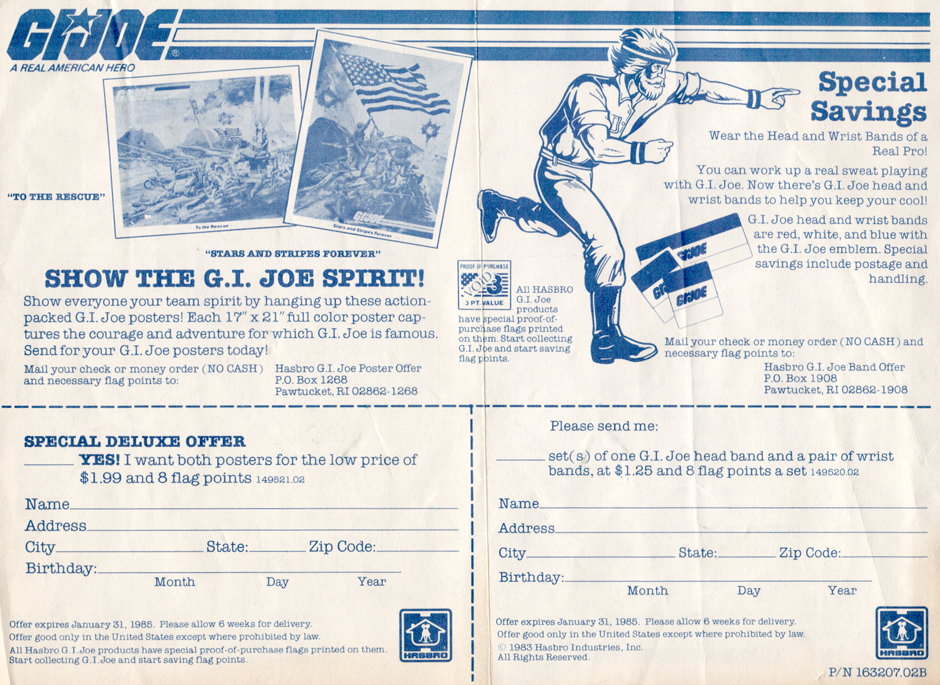