Includes: XL-13 light refraction sub-machine laser
Blocker was one of six Battle Force 2000 figures released in 1987. This six figure sub-set was the first of its kind for G.I. Joe. You can see on the back of the file card below how the six figures were set apart from the rest of the Joes and Cobras. This sub-set tradition would continue in 1988 with "Tiger Force" and "Night Force" and in 1989 with "Python Patrol" and "Slaughters Marauders". 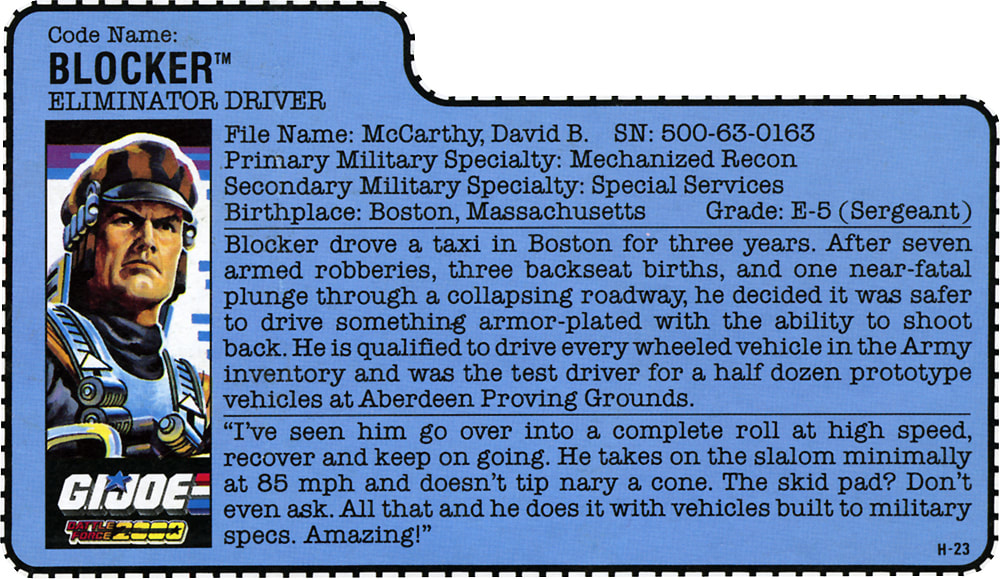 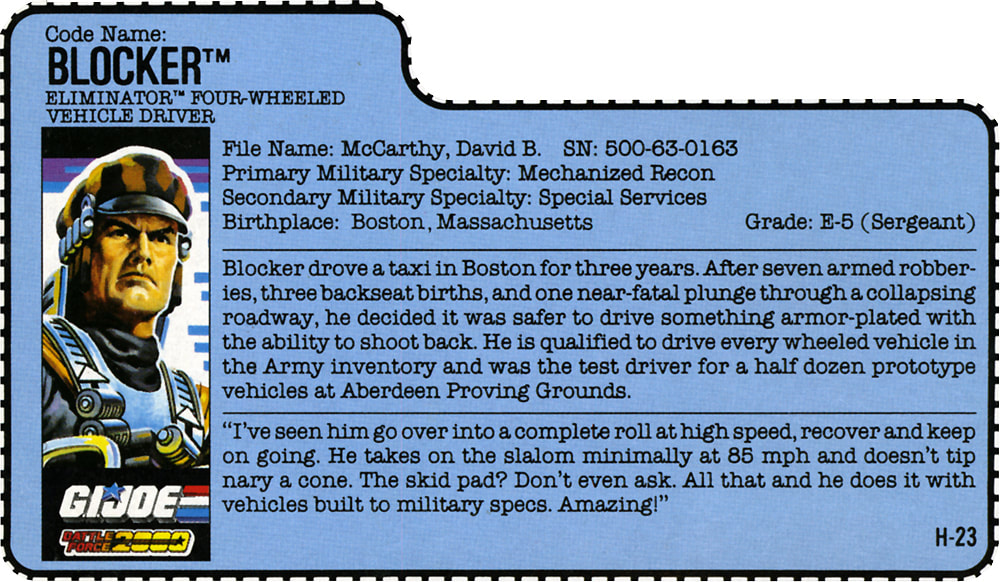 Earlier versions of Blocker featured a visor and a red left wrist. Later versions of Blocker removed the visor and the red paint application.
​
All six Battle Force 2000 figures (from 1987) were drivers or pilots. Look at the cut out card above to see what vehicle they commanded. G.I. Joe had never released a driver or pilot as a stand-alone carded figure before, and they never did this again after Battle Force 2000. Below you can see the six figures and the six vehicles released in 1987. The six vehicles combined to form one large "Future Fortress".