1988 Tiger Sting (Tiger Force)
All seven Tiger Force vehicles (five from 1988 and two from 1989) were repaints. The Tiger Sting is a repaint of the 1984 VAMP Mark II. There are some changes like using the bullet-proof gas cans and rack from the 1982 VAMP instead of the VAMP Mark II's water cans.

Tiger Sting courtesy of the Yo Joe Outlet. Please visit them on eBay.

NOTE: Although the box art showed Bazooka manning the Tiger Sting, and he's pictured above, he was not included. 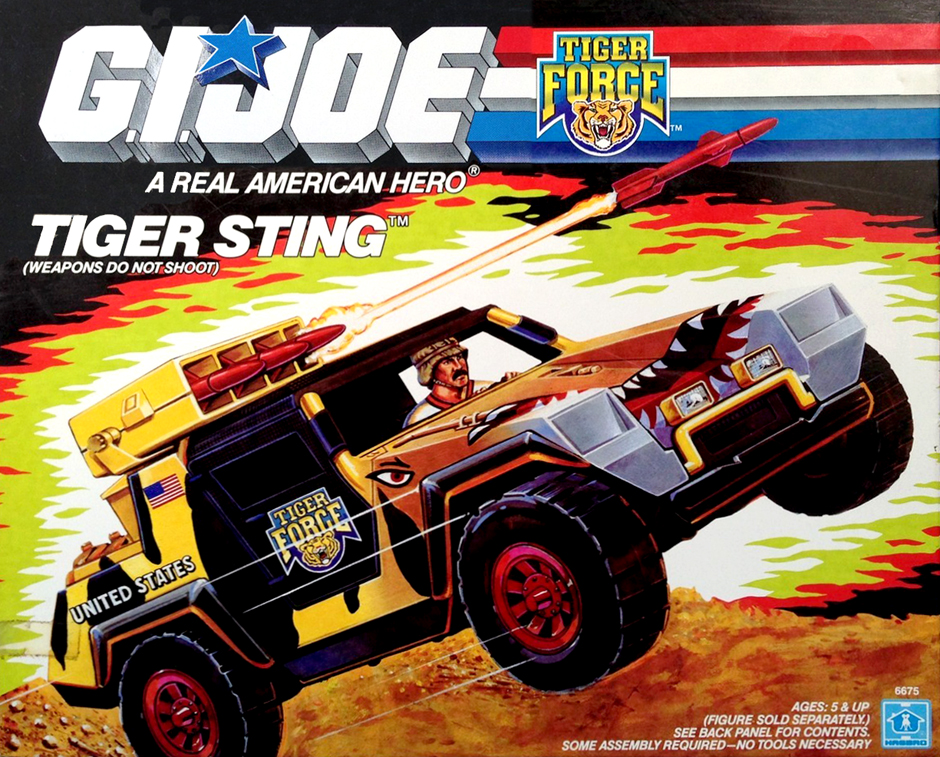 Tiger Sting box photos courtesy of Page and Greg Wagner. Check out their eBay store for tons of vintage Joes!

The Tiger Fish and Tiger Sting joined the previous five vehicles from 1988 to make a seven vehicle set. 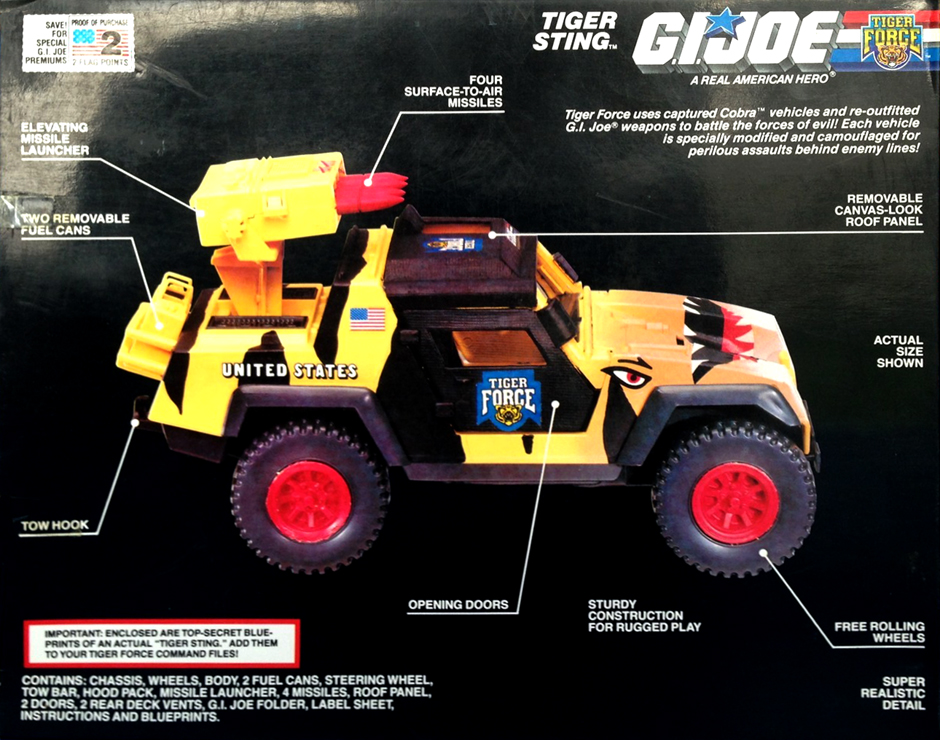 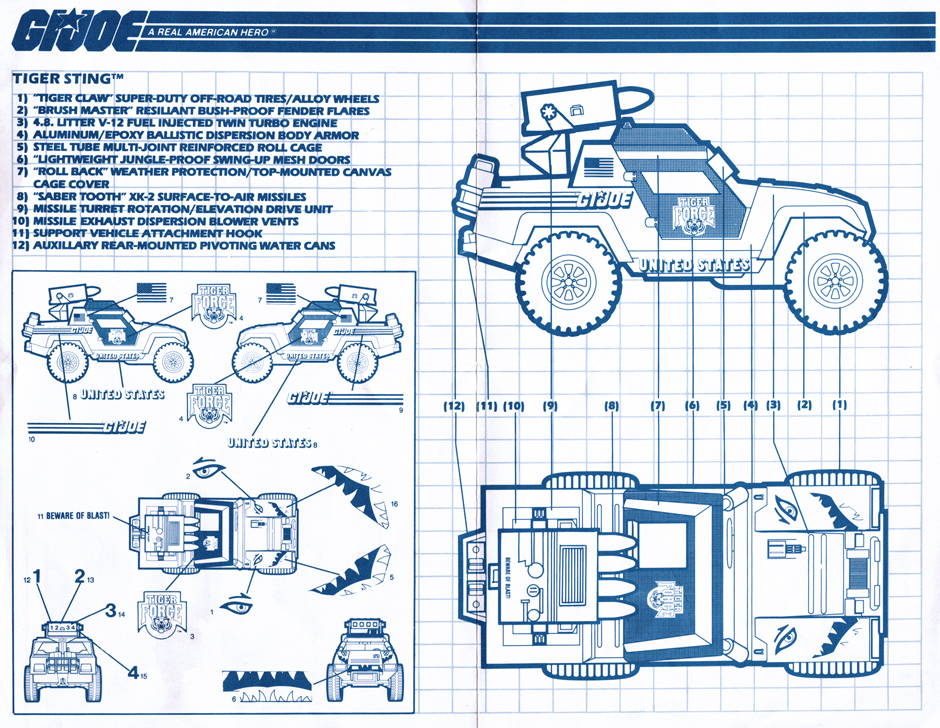 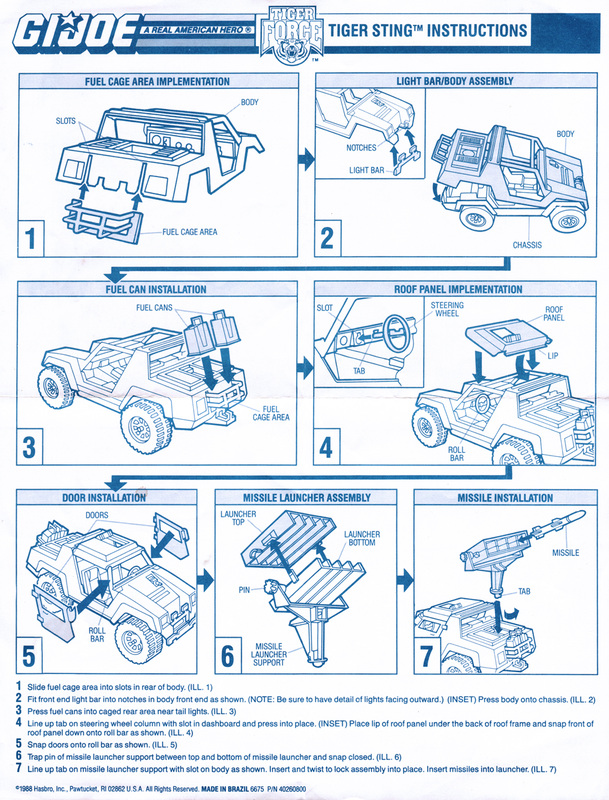