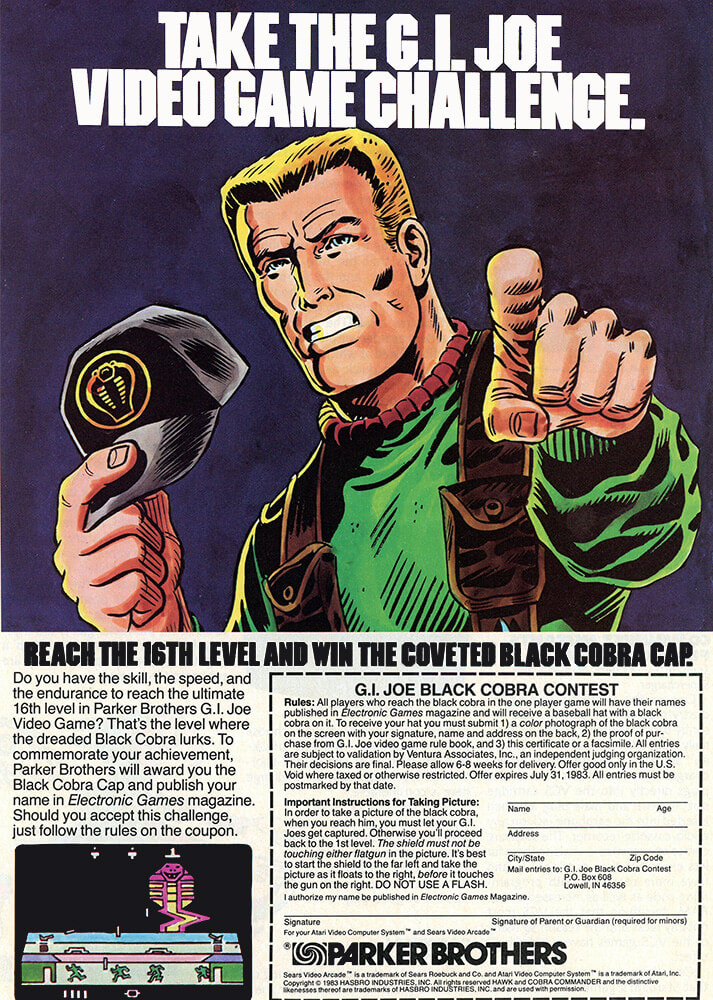 Black Cobra Contest Trade Advertisement (1983)
This is a trade advertisement promoting a G.I. Joe "Black Cobra" video game contest in 1983. The contest was sponsored by Parker Brothers, the company who manufactured the G.I. Joe: Cobra Strike game for the Atari 2600 game system. Players who made it to the 16th level in the game could mail in the coupon, the proof of purchase from the game manual, and a photo of the T.V. screen showing the black cobra to receive a Black Cobra cap. In addition to receiving a Black Cobra cap winners would also get their name published in a later issue of Electronic Games magazine. All entries for the contest had to be postmarked by July 31, 1983.

​Eleven winners received Black Cobra caps and their names were printed in the September 1984 issue of Electronic Games magazine.

Roll over the images below for more info, or click them to view full screen. ​ 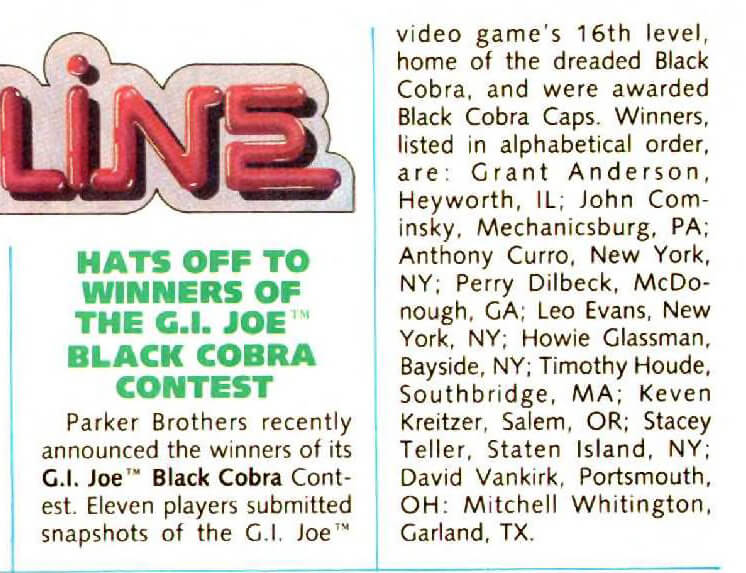 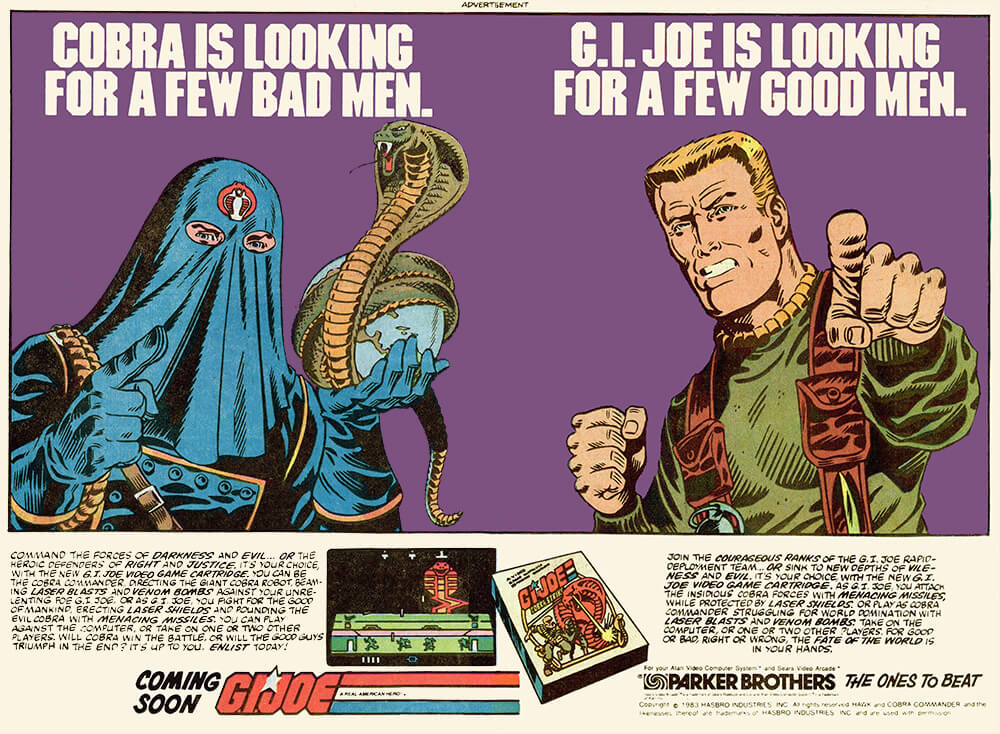