Includes: bow, Katana sword, machete, knife (2), sickle, figure stand
Shadow Ninjas were made of a translucent plastic, and their accessories came on a translucent weapons tree.

Nunchuk's pink weapons tree included a bow, a machete, two small knives, a sword, a sickle and a figure stand.
Oddly, the 1994 version of Nunchuk was not armed with any nunchuks.
Roll over the images below to find out more, or click the images to enlarge them. Photos courtesy of Phillip Donnelly. 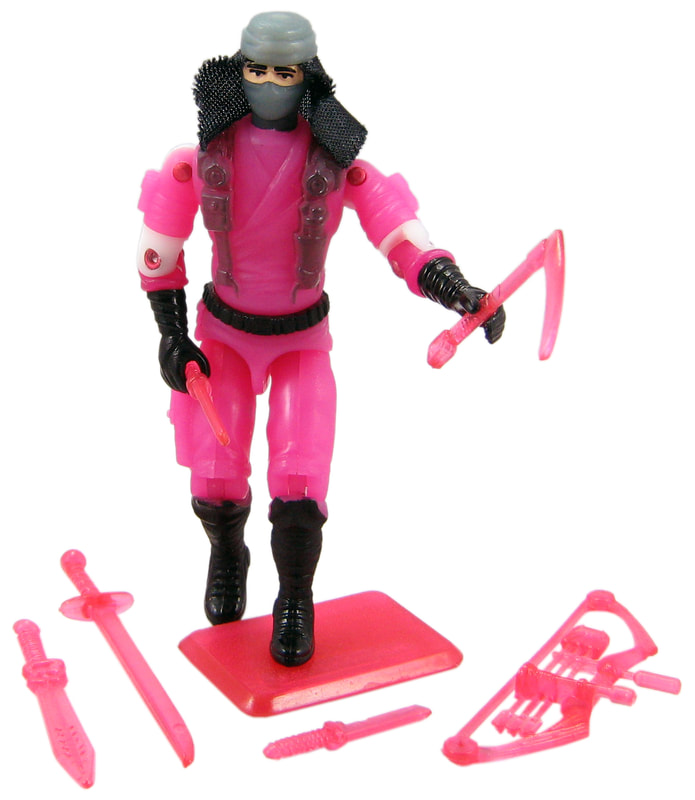 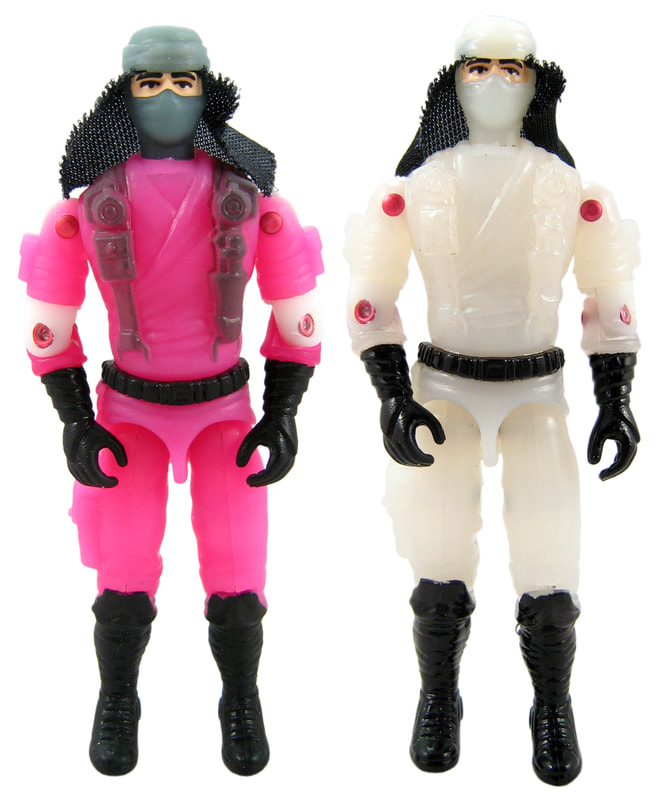 The Shadow Ninjas secret "inviso-power" color-change body armor can be activated by dipping the figure into warm water. 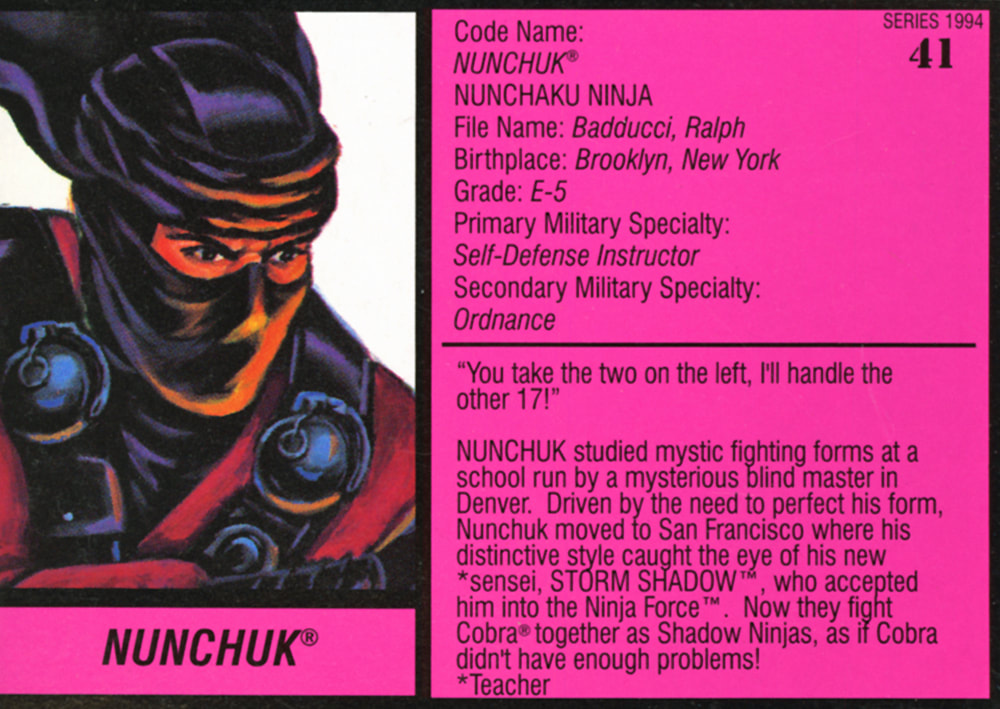