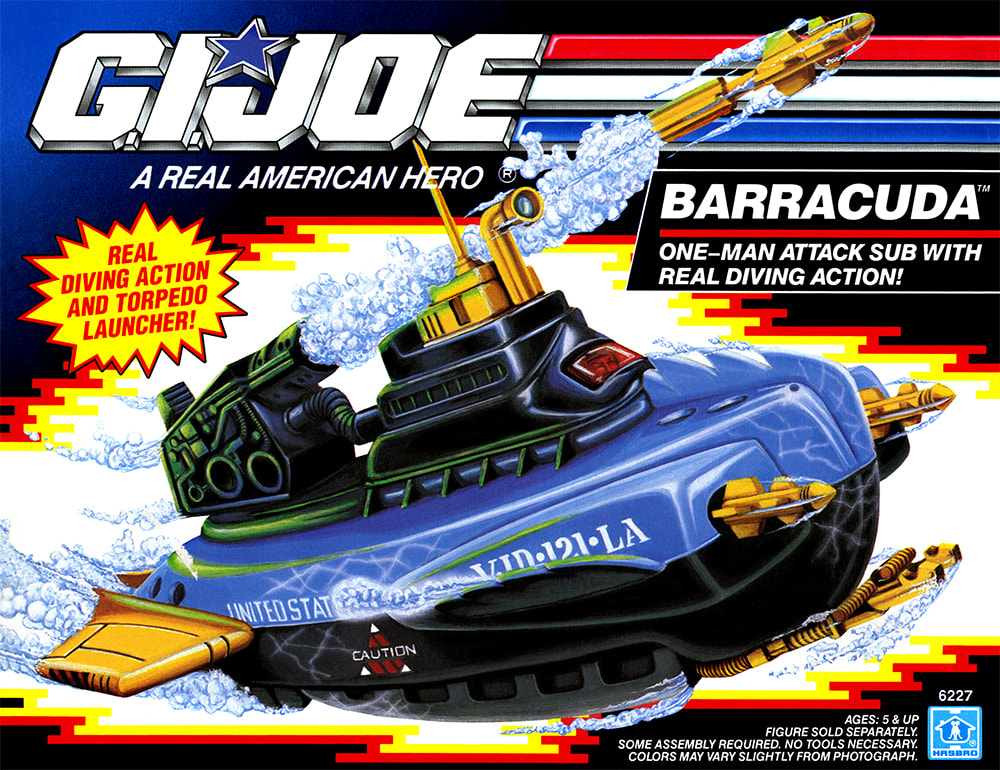 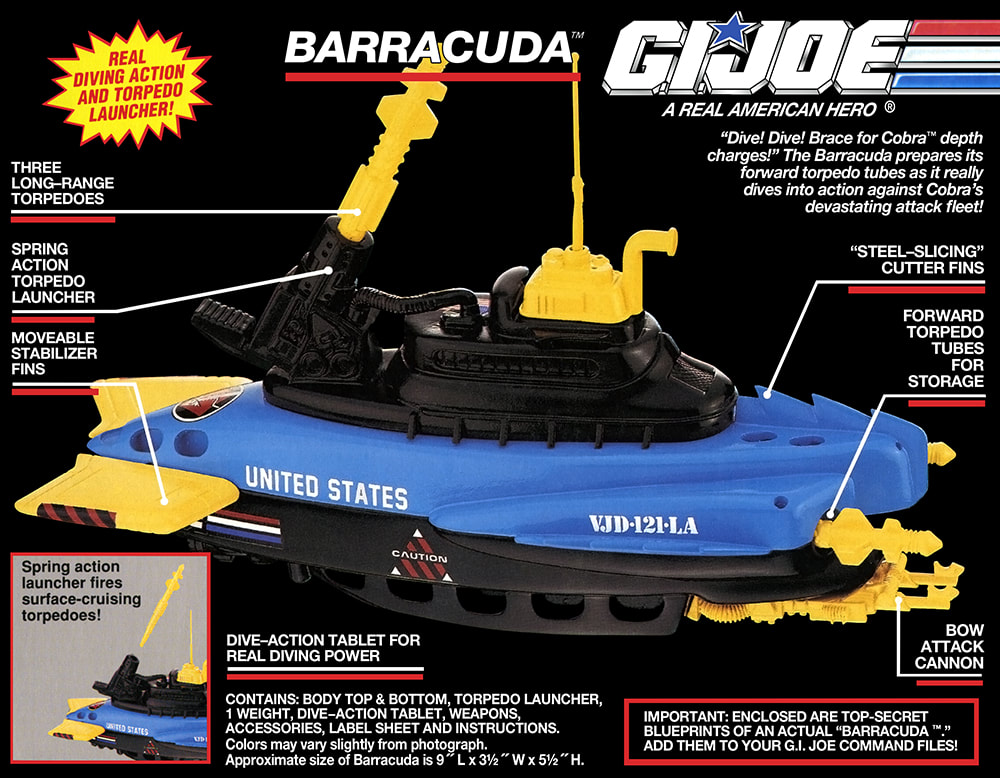 There are two versions of the 1992 Barracuda. The first (seen below left) matches the prototype shown on the back of the box, and the package art on the front of the box. This version features a black top, blue middle, and black bottom. The second version features a reversed color scheme: a blue top, black middle, and blue bottom. Both versions feature yellow stabilizer fins, torpedoes, subaquatic bow attack cannon, and periscope/antenna assembly. Neither version appears to be more difficult to find.
A simple parts swap from the two versions above results in all-black and all-blue versions of the Barracuda. The all-black version is below.
Detailed image gallery coming soon! 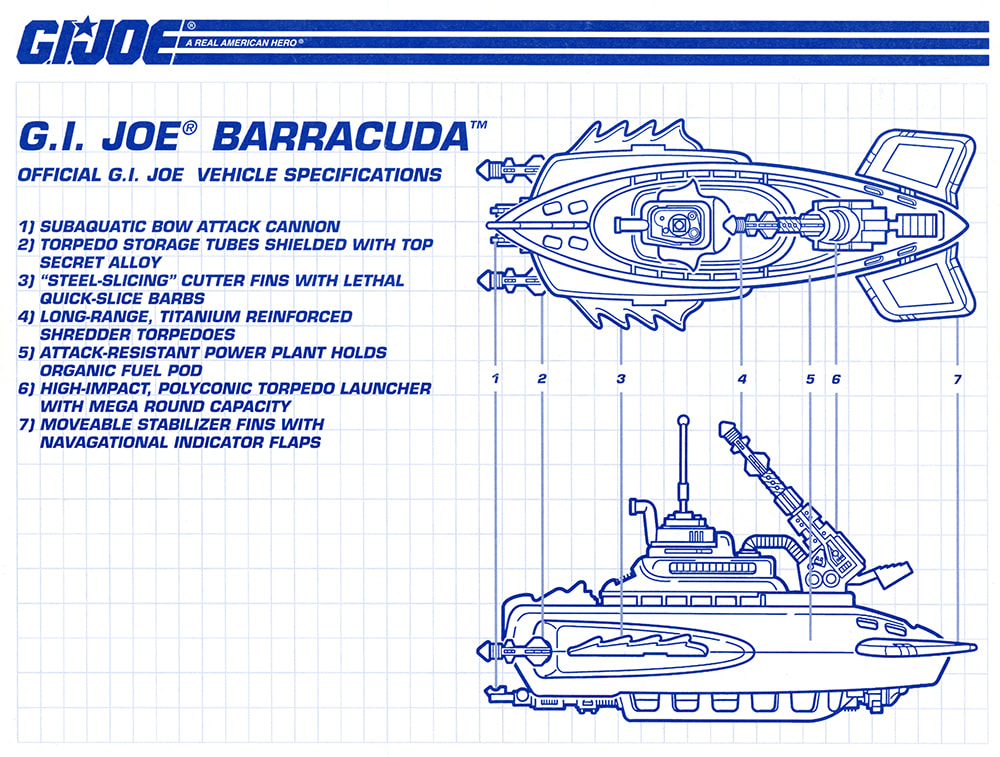 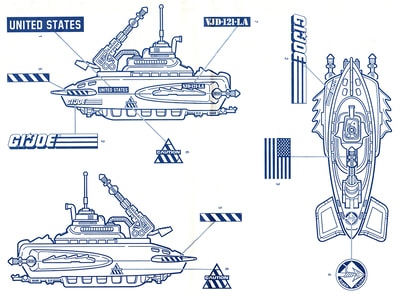 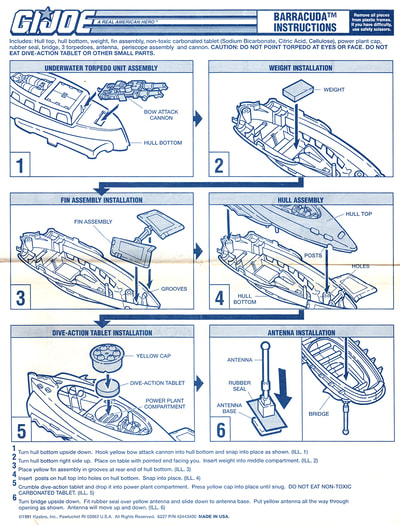 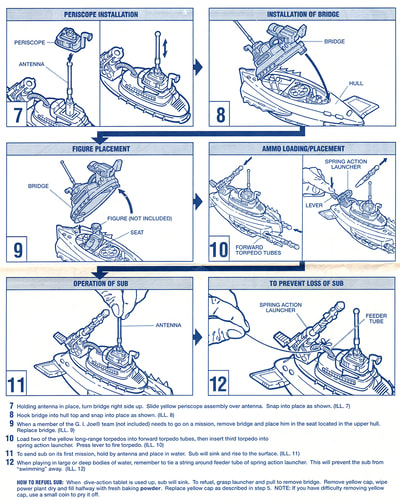 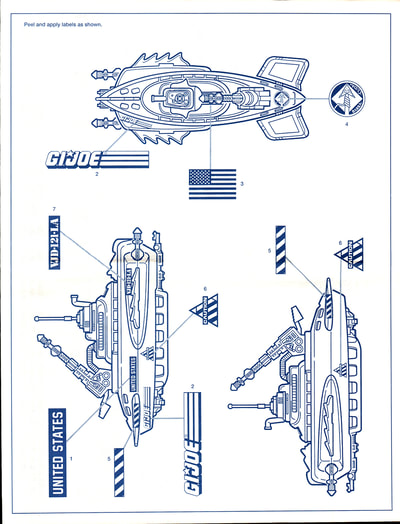 Instructions page 3
A special thank you to Chad Hucal and Jeff Jones for additional image editing and to Ben Thomas for crafting captions.