Includes: backpack with storage for separate laser, torch and gripper arm attachments, right hand
The BATS came with four interchangeable arm attachments.
My favorite is the claw.
B.A.T. attack! Even the strongest of the Joes doesn't have a chance against the battle android trooper in hand-to-claw combat!
​Roll over the images below to find out more, or click the images to enlarge them. Photos courtesy of Phillip Donnelly. 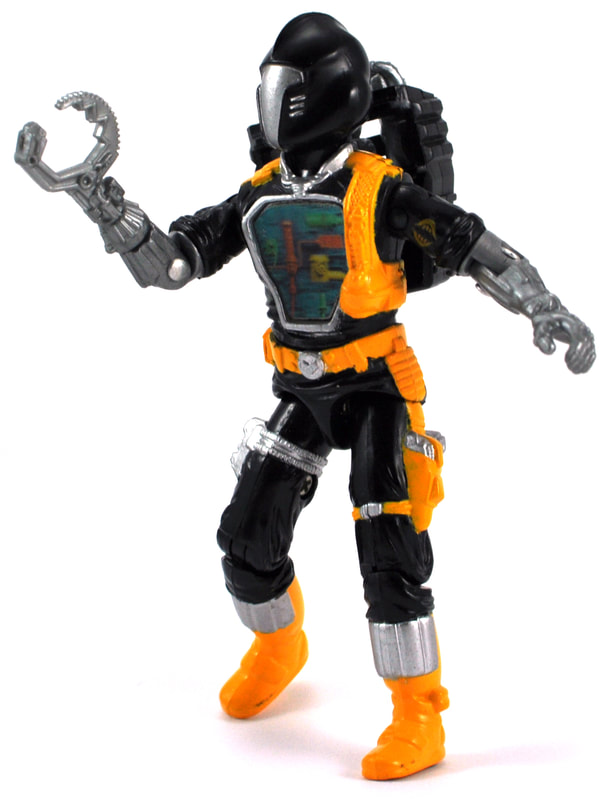 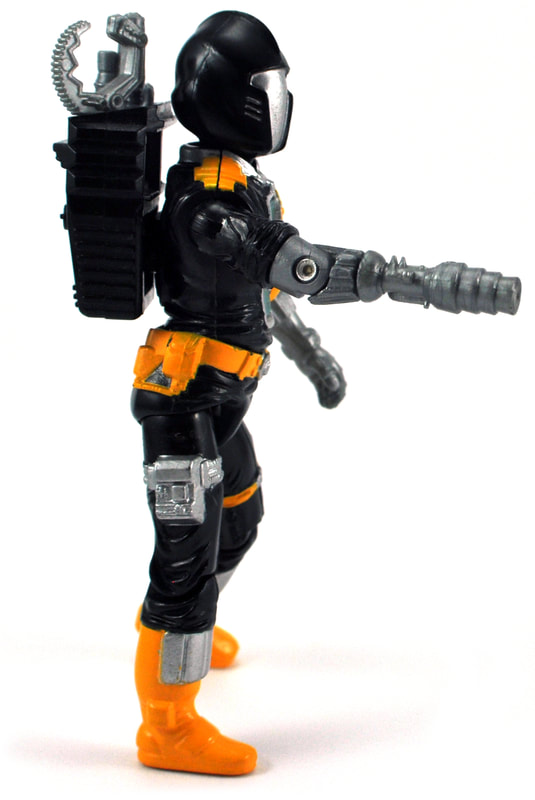 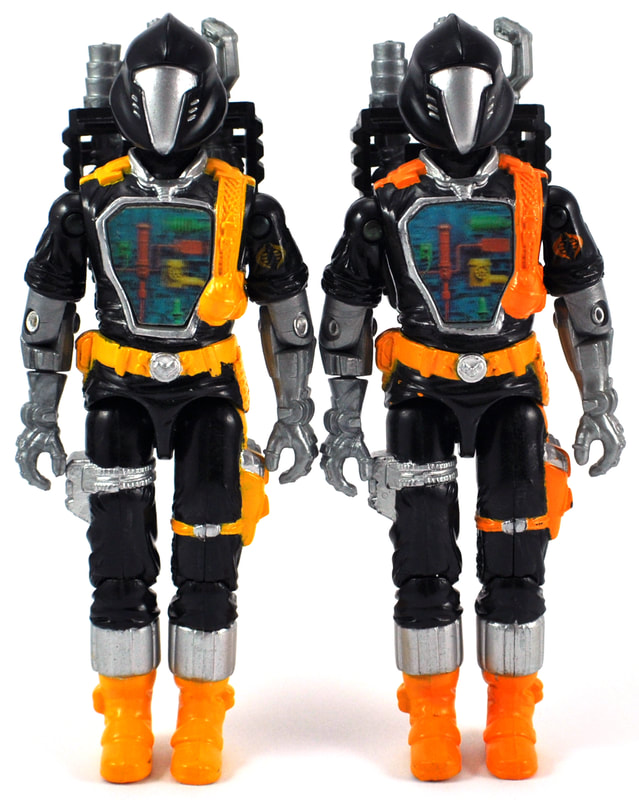 Ron Rudat designed B.A.T.S. in 1985. Notice in the sketch below it's annotated "Bionic Trooper 1986" not "Battle Android Trooper"!
Bionic means "having artificial body parts, especially electromechanical ones." The term "was popularized by the 1970s television series The Six Million Dollar Man and The Bionic Woman, which were based upon the novel Cyborg by Martin Caidin, which was influenced by Steele's work, and feature humans given superhuman powers by electromechanical implants." (source: Wikipedia)

Ron didn't recall having any intent that the BAT might be an augmented human at first, but it's interesting nonetheless. Bionic Trooper's left arm sure looks human in that sketch. As we all know, this concept morphed into the Battle Android Trooper. An android is "a robot or synthetic organism designed to look and act like a human." (source: Wikipedia)

I guess it's for the best, so the Joes and Sgt. Slaughter in particular would have an enemy to blow up and dismantle.