All four Arctic Commandos were pure repaints. No new parts were used. NOTE: Dee-Jay came with his white mic, not documented here.
Only three figures came sealed in the main bag with the weapons, stands and the file card showing all four arctic commandos.
Poor Dee-Jay was "left out in the cold" and shipped in his own bag, separate from his weapons which were in another bag. Odd, huh? 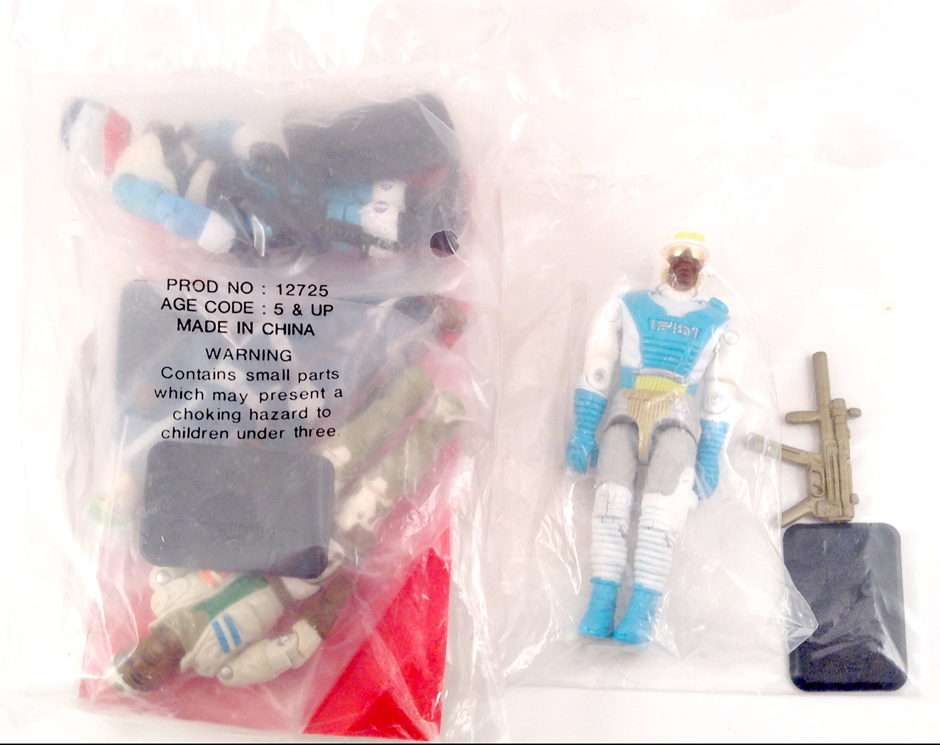 Hasbro offered more mail order product in 1993 than any other year during the 1982-1994 A Real American Hero (ARAH) run. 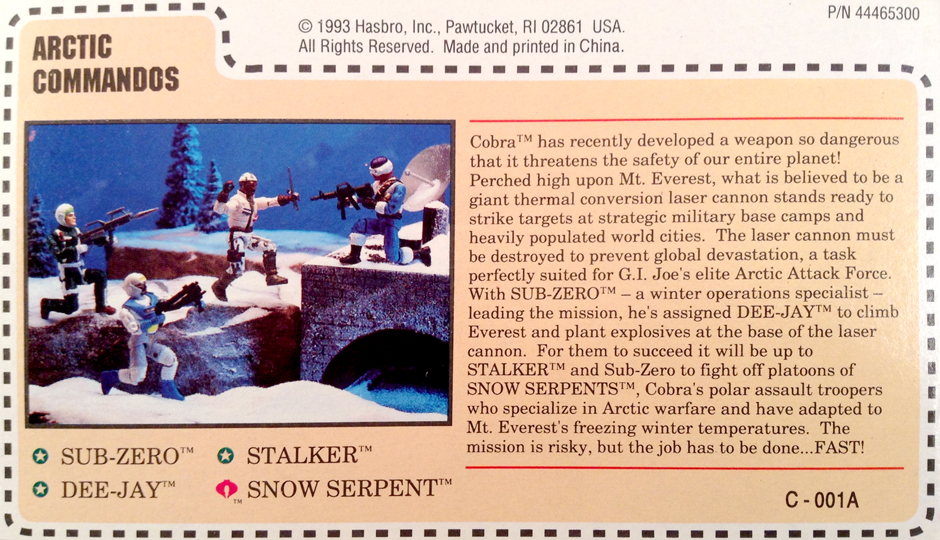