Includes: standard Cobra NA-55 assault rifle, spinning lethal, blade launcher armament (launcher/top/zipcord); figure stand
Firefly came with a green spinning top with blades around the middle and a green zipcord.
Firefly v3 is a repaint of the 1992 v2 original. Note that the spinning top base was gold with v2 and is black with v3. 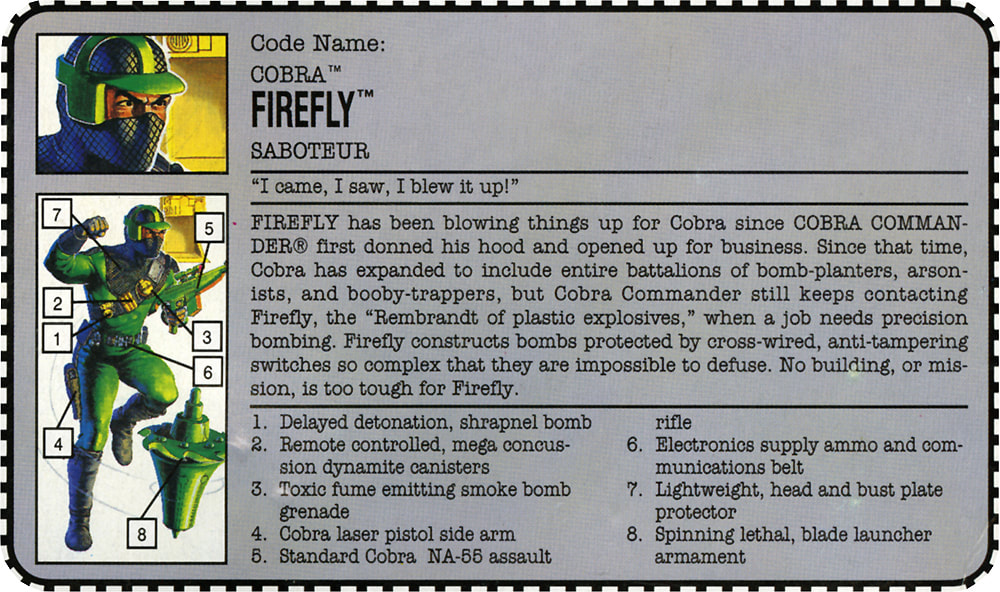