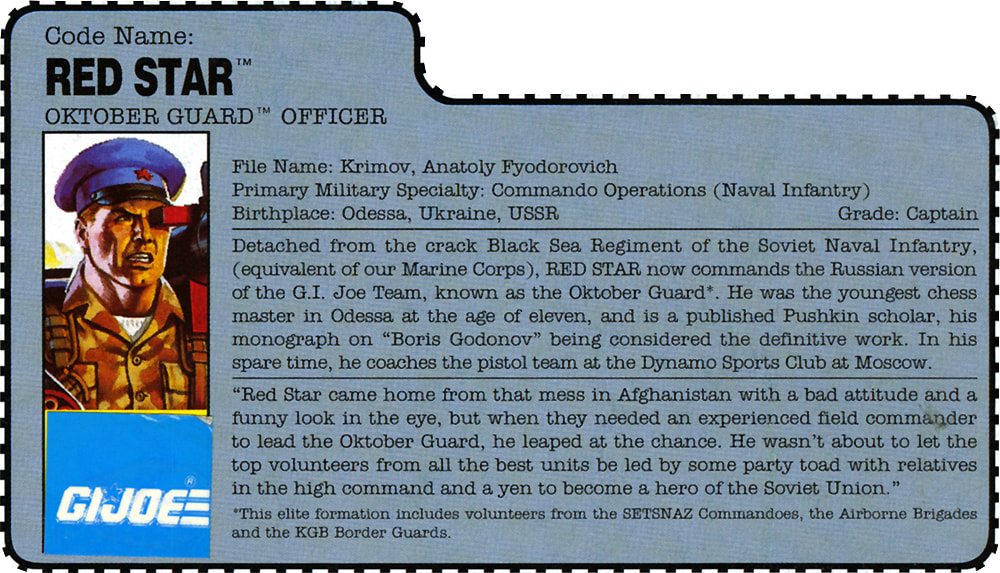 The file card said Cobra, but Hasbro noticed the error and decided to cover Cobra with a blue G.I. Joe sticker.
Later versions of Red Star were released on a blue card, meaning that he was a good guy. Evidently Cold War tensions had subsided. 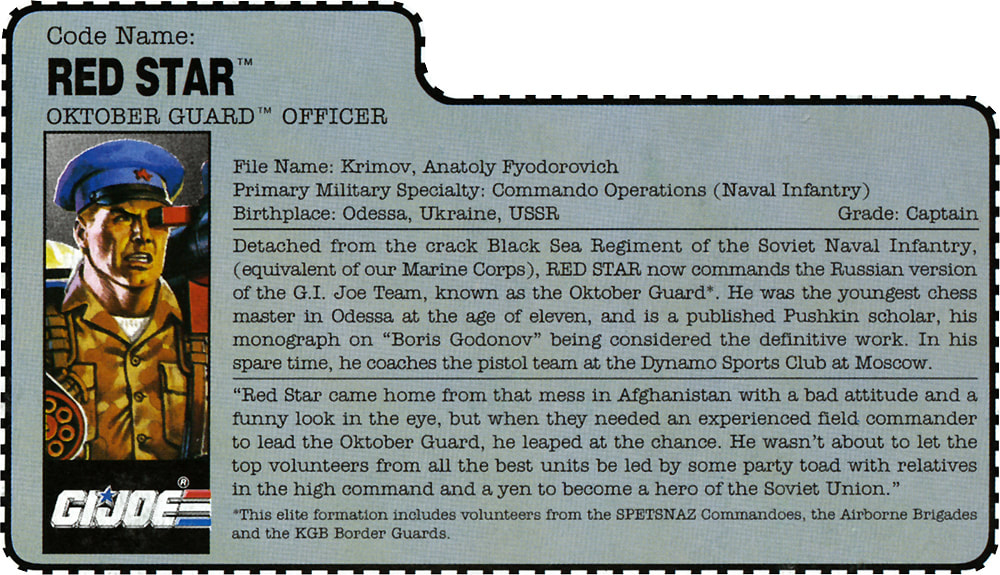