Sideshow Exclusive Edition / Polystone Statue
Storm Shadow is shown with the standard equipment above – both hands armed with claws and Katana swords. 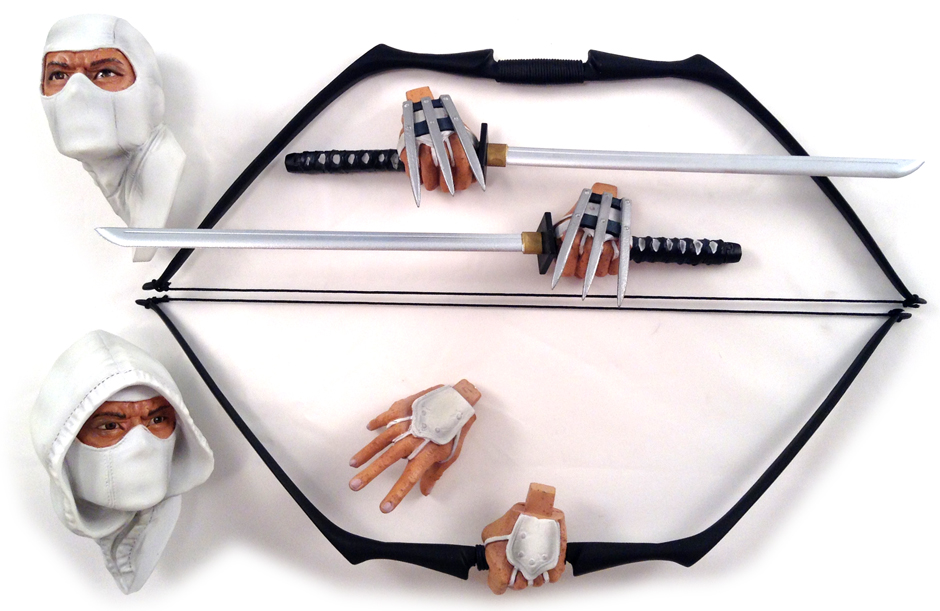 Storm Shadow is shown with the exclusive equipment above – left hand grasping bow and right hand releasing an arrow into an enemy.
The details on this statue are flawless, from the wrinkled Cobra logo, to the black belt, to the metal clasp, to the dobok (uniform).
From the freckled skin to the soiled dobak, the paint apps bring a level of realism that is unparalleled by any statue I've ever seen.
The base is extremely detailed as well. It features a concrete Cobra with moss below and vines draping over. 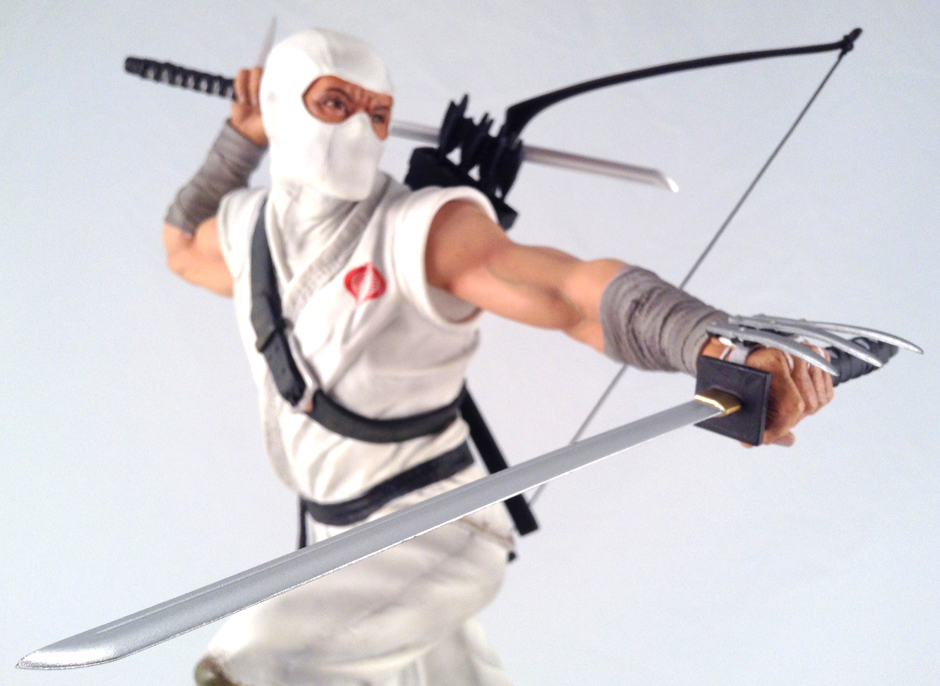 Careful, he's got plenty of sharp edges to cut you with.