Although Red Ninja was shown with two weapons on the box art, he only came with the one axe. All nine 1993 Ninja Force figures (seven carded and two drivers) featured a spring-action, martial arts move. Red Ninja's was a Shanghai slice! 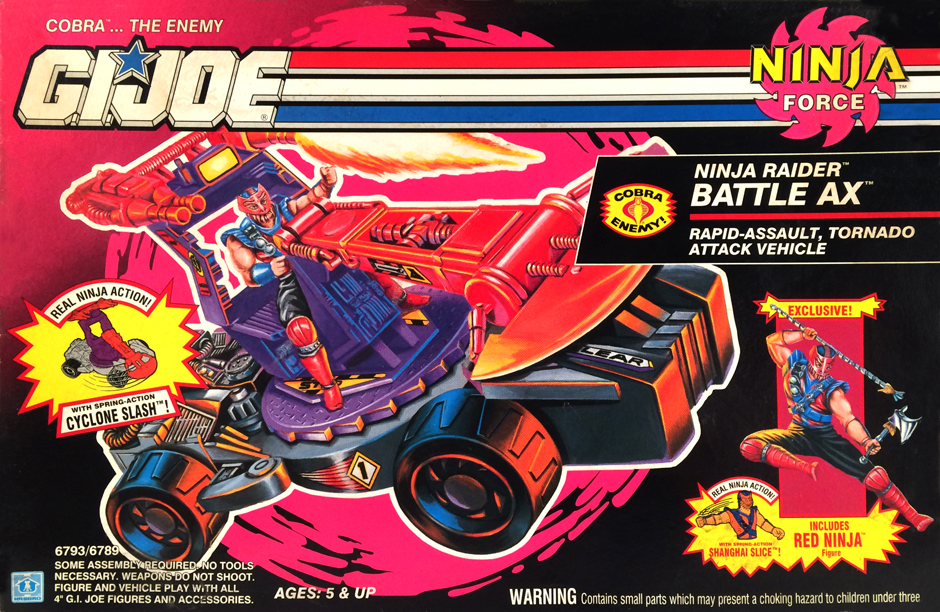 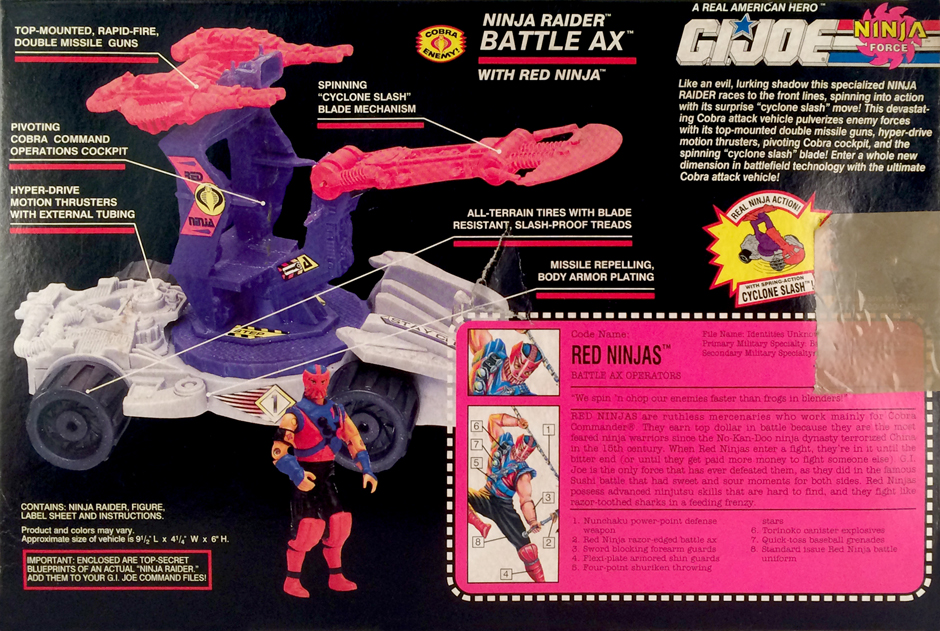 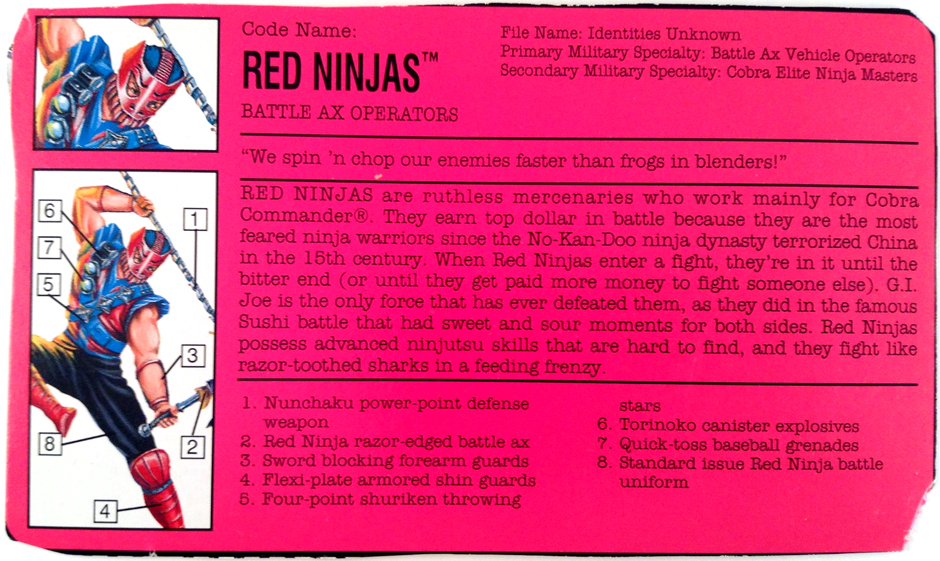