Click on the covers or the buttons below to go to the corresponding magazine's page and view the entire magazine!
G.I.Joe Magazine first appeared in the winter of 1985. It featured "action stories, articles, games and puzzles." It also featured letters and drawings from fans, 12 hidden Flag Points, a pull out poster featuring the upcoming 1985 Joes, and an original four page comic by Larry Hama and Paul Kirchner titled "Hijack!" G.I.Joe Magazine would not appear again until two years later. 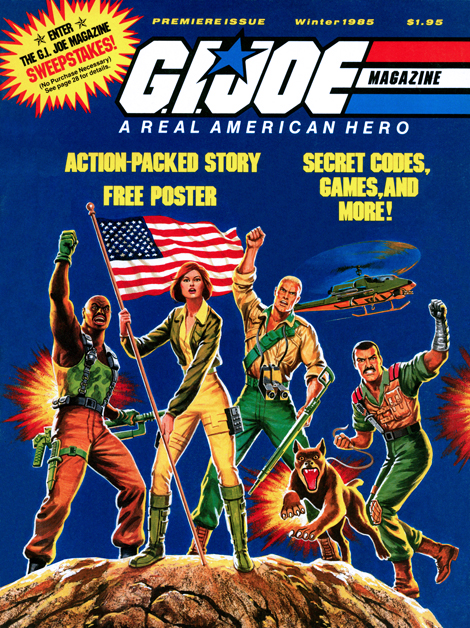 Winter 1985 (first issue)
The Winter 1987 issue kicked off a two-year quarterly run serving up eight more issues through 1987 and 1988.
Each issue featured "stories about sports, the outdoors, action movies and entertainment and real-life excitement." Each issue also featured "an action-packed tale of G.I.Joes in the field, a colorful poster and games and quizzes to play." ​