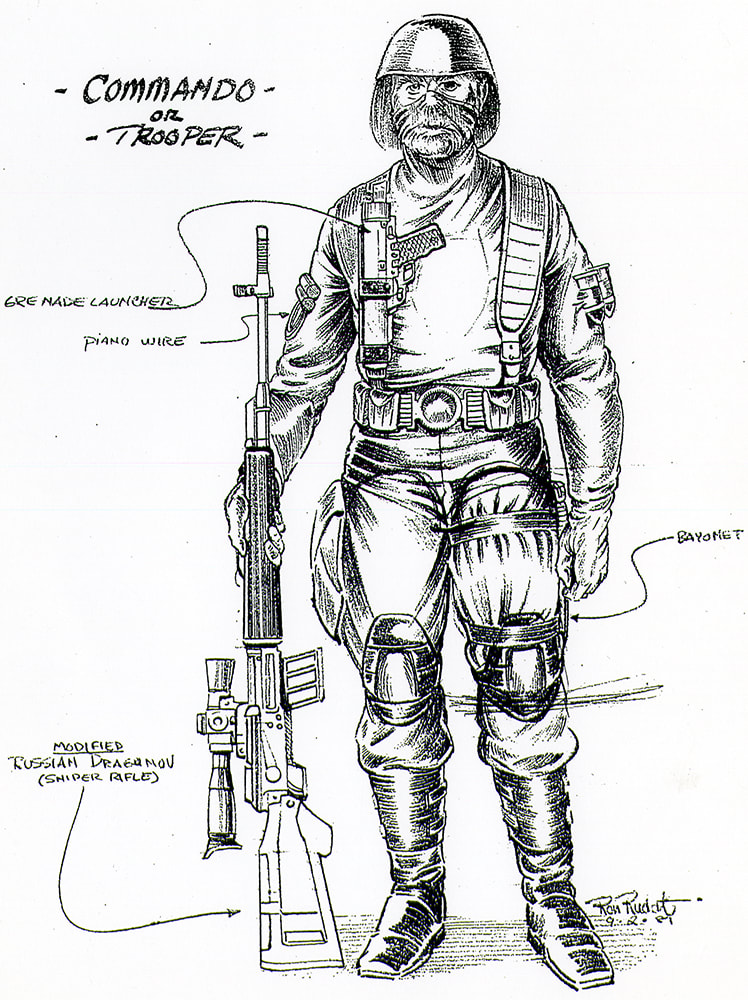 This "Commando or Trooper" illustration was signed and dated September 2nd, 1981 by Ron Rudat. Ron labeled a grenade launcher on his chest, piano wire on his right upper arm, a bayonet on his left thigh, and a modified Russian Dragunov (sniper rifle). We can assume that the rounds on his left upper arm fit the grenade launcher. The piano wire is commonly referred to as a garrote, and is used to strangle or cut into the neck of his adversary, slicing through the carotid arteries. This silent and deadly weapon is often used in situations where stealth is paramount. 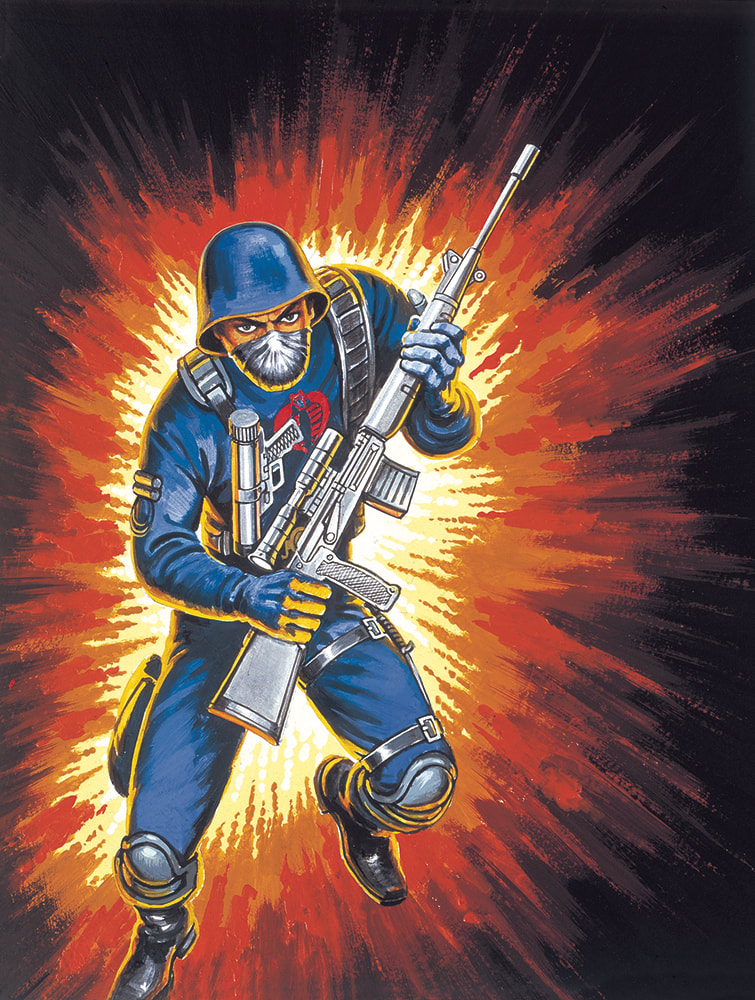 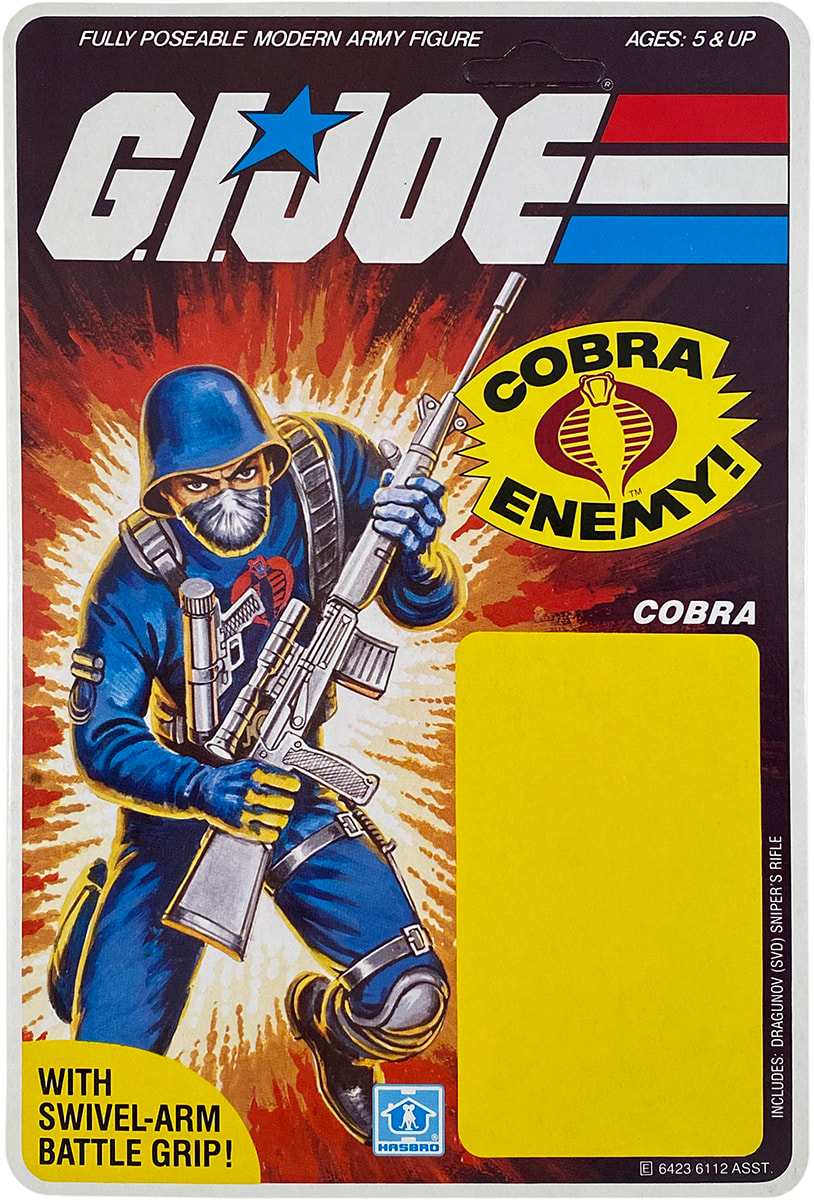 A proof card (or proof) is an early printing of an action figure card back. These were used as a quality control to verify the card back is correct and to create mock ups for bubble placement and advertising pieces. Some proofs are printed on slightly thinner cardstock and others are found on production quality card stock.  Proof cards can be found as a front side with a blank back, a back side with a blank front, or printed on both sides.  All proofs are printed on a big sheet and individually cut. Examples have been found that are die cut by a machine or hand cut by a person.

This double sided, thick cardstock, die cut proof card features the 1984 "with swivel-arm battle grip!" callout graphic. Cobra, or Cobra Soldier as he was called in later years, was available at retail in the US from 1982-1985.