A missile launcher and mask were also included in the package.
​Roll over the images below to find out more, or click the images to enlarge them. Photos courtesy of Phillip Donnelly. 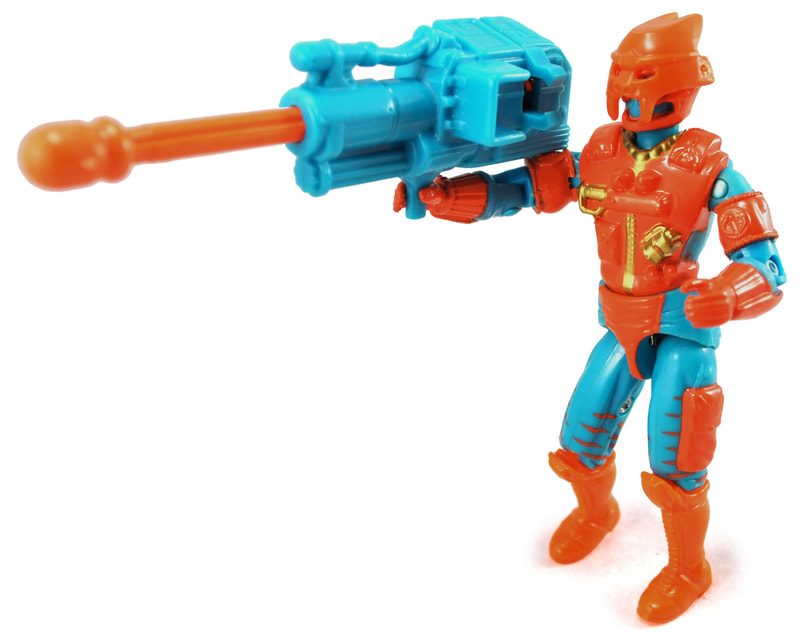 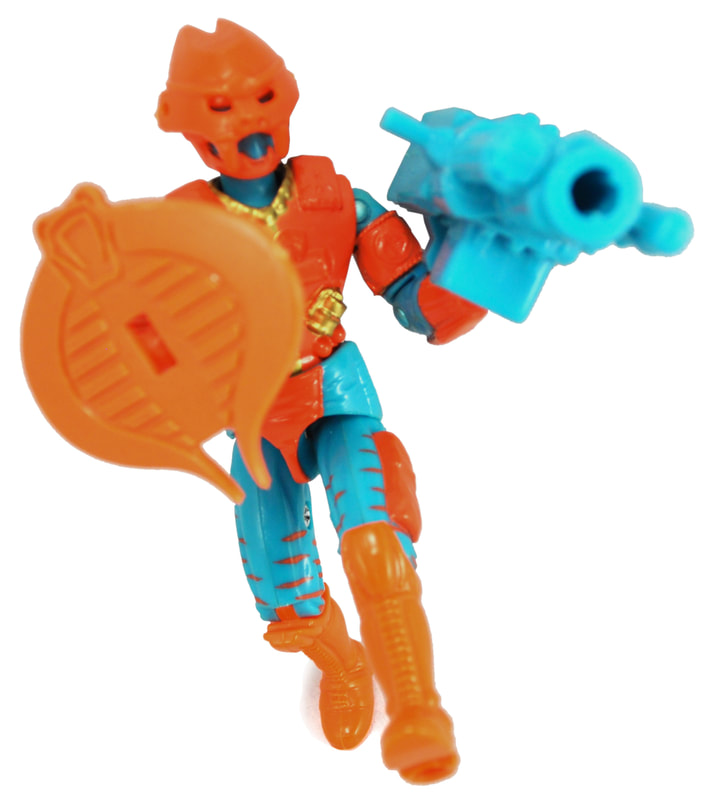 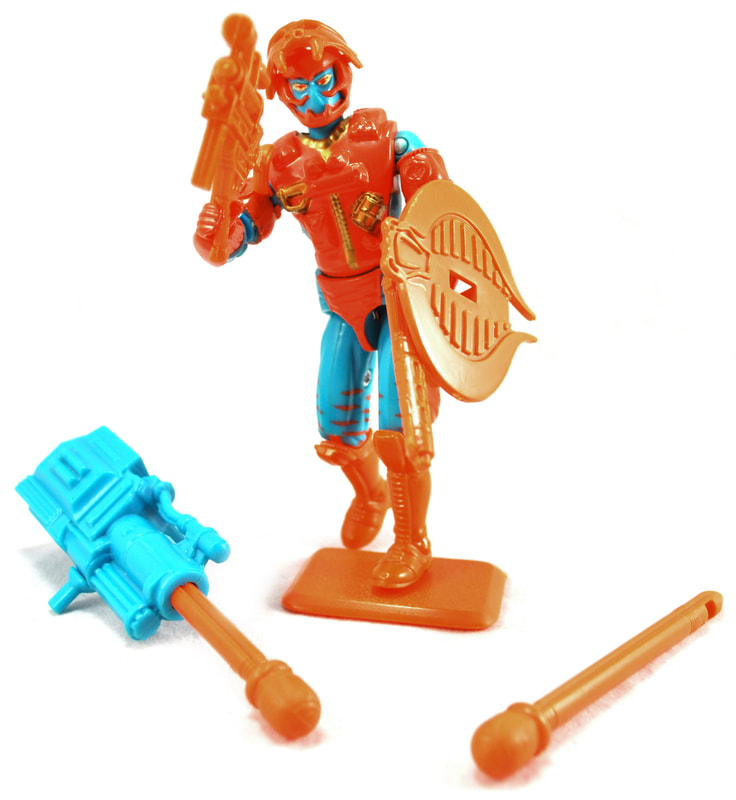 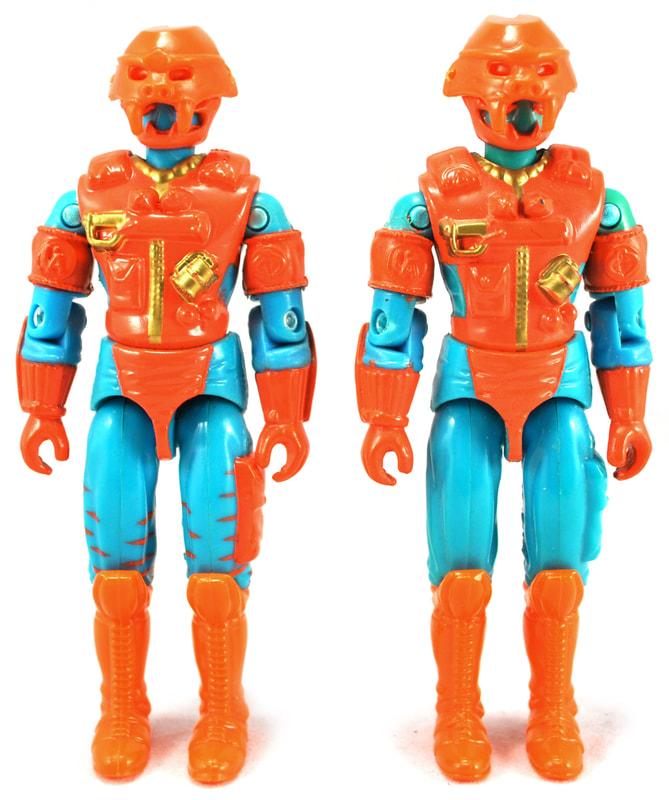 In 1994, Hasbro produced figures in China and Indonesia. This resulted in several paint app variants. To compound matters further, Hasbro also changed the card art on some figures from the older horizontal logo (with a red or blue laser backdrop) to a new vertical logo (with a red or blue to black gradient background). The back of the new card also featured a reformatted baseball card sized file card with condensed writing. Several figures did not get the new vertical card art treatment. Alley Viper did not get the vertical logo treatment. 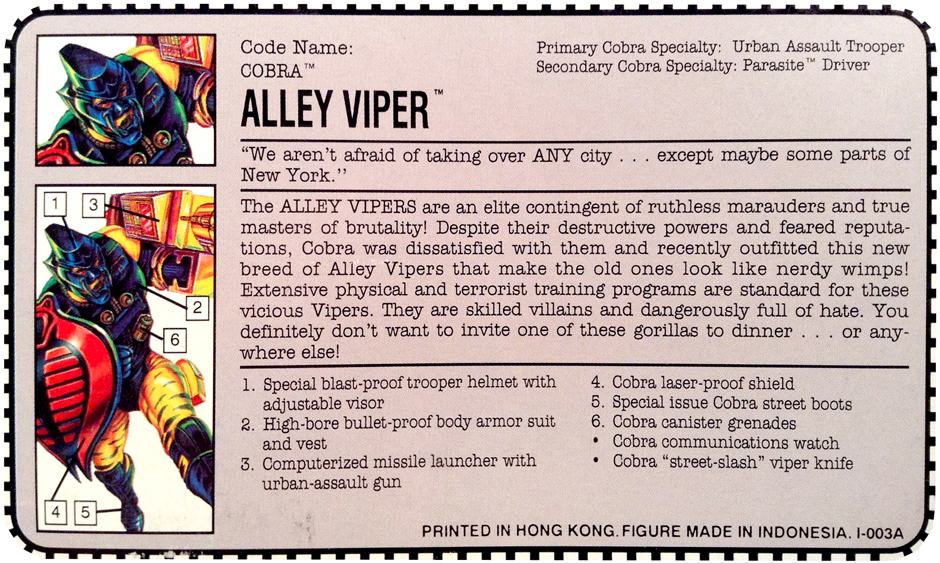