1986 Cobra Terror Drome with Firebat
When all doors are sealed, the Terror Drome looks imposing and impregnable.
The Terror Drome base was made up of eight compartments: three vehicle service / refueling stations, a prisoner containment chamber, a munition storage depot, a launch silo activation chamber, and two blast door mounted laser cannons.
The Terror Drome roof features four seated computer stations, two standing terminals, two tower mounted "white heat" laser cannons, two launch shields and thrust vents, and a giant launch silo covered by eight blast shields. The silo opening can be seen below.
The silo holds a F404 after burning turbojet known as the Firebat. To see more of the Firebat and pilot (A.V.A.C.), click here.
NOTE: This is a brand new Terror Drome, with no stickers applied. To see photos of a Terror Drome with decals, check out YoJoe.com!
Although the box art showed tons of Cobras manning the Terror Drome, only A.V.A.C. was included. 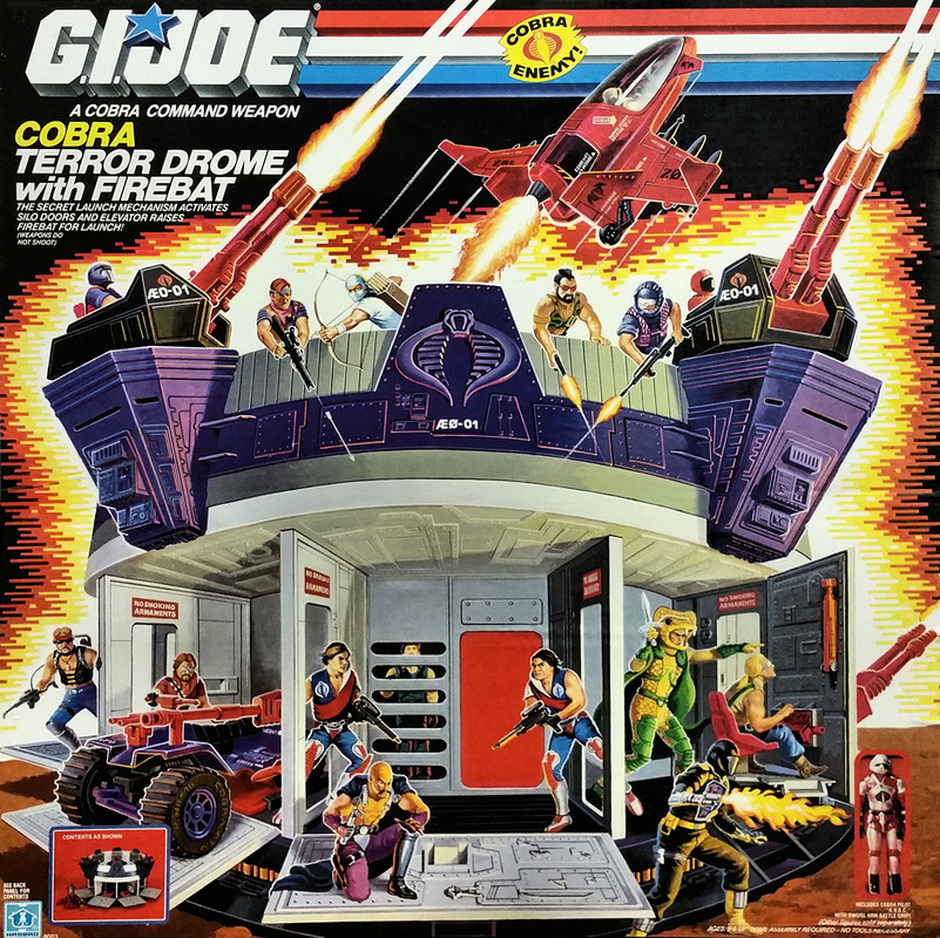 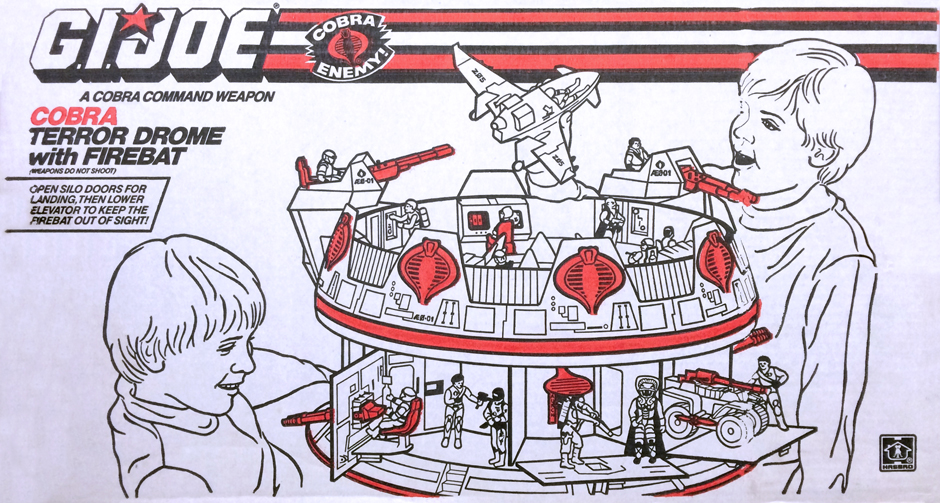 The Terror Drome has excellent product photos and diagrammatic illustrations on the box sides. 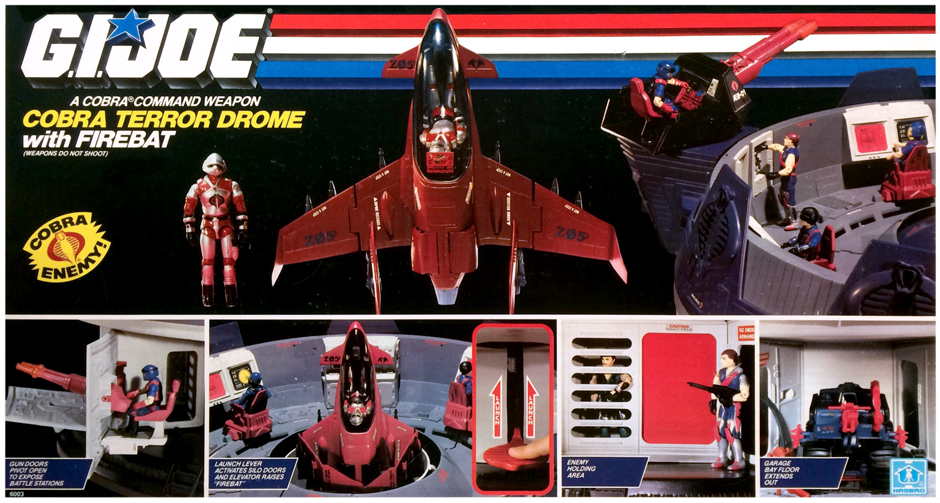 Roll over the images below to find out more, or click the images to enlarge them. 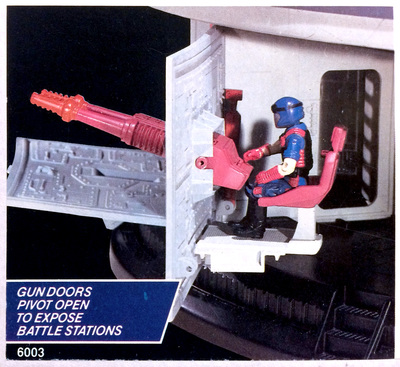 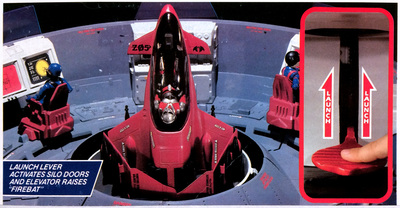 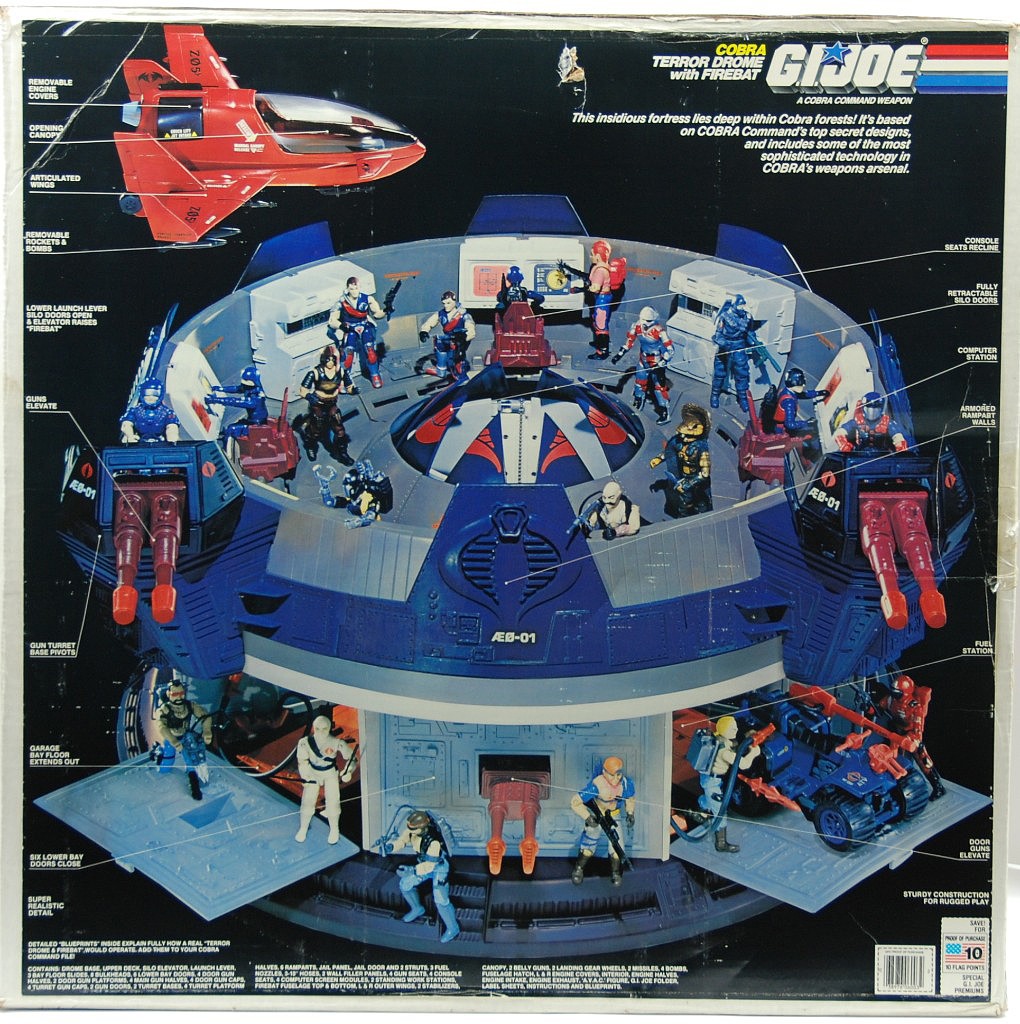 The Cobra Terror Drome features several moving parts and the sculpt is nicely detailed.
Roll over the images below to find out more, or click the images to enlarge them. Photos courtesy of Chad Hucal. 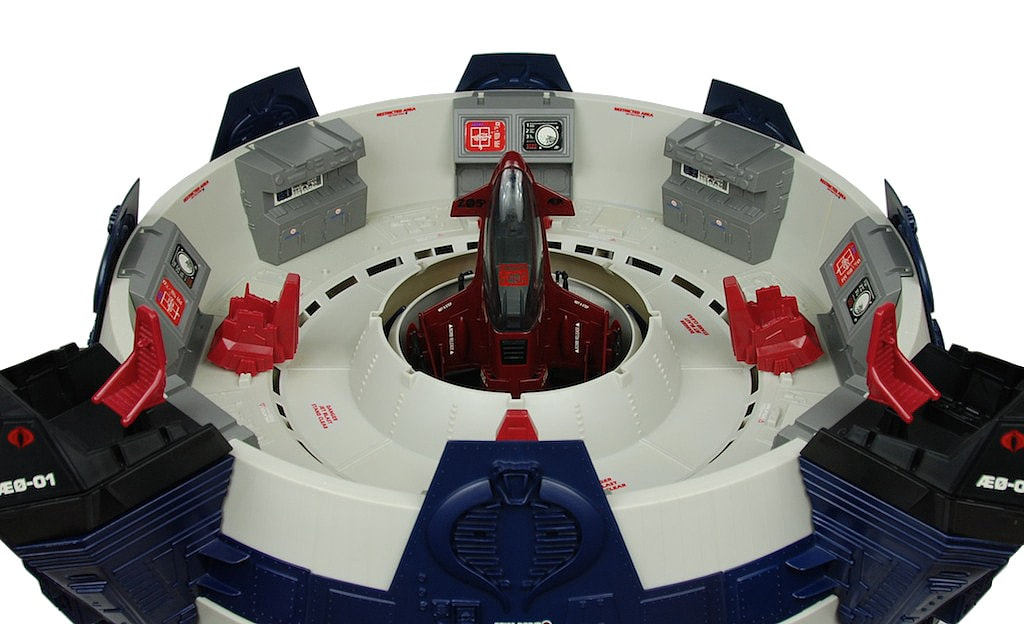 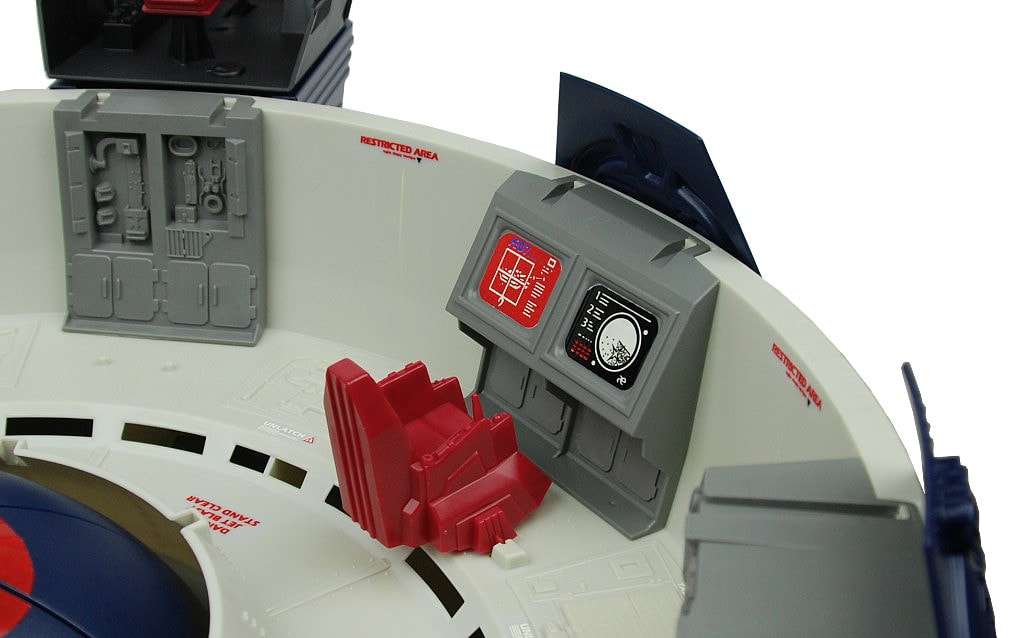 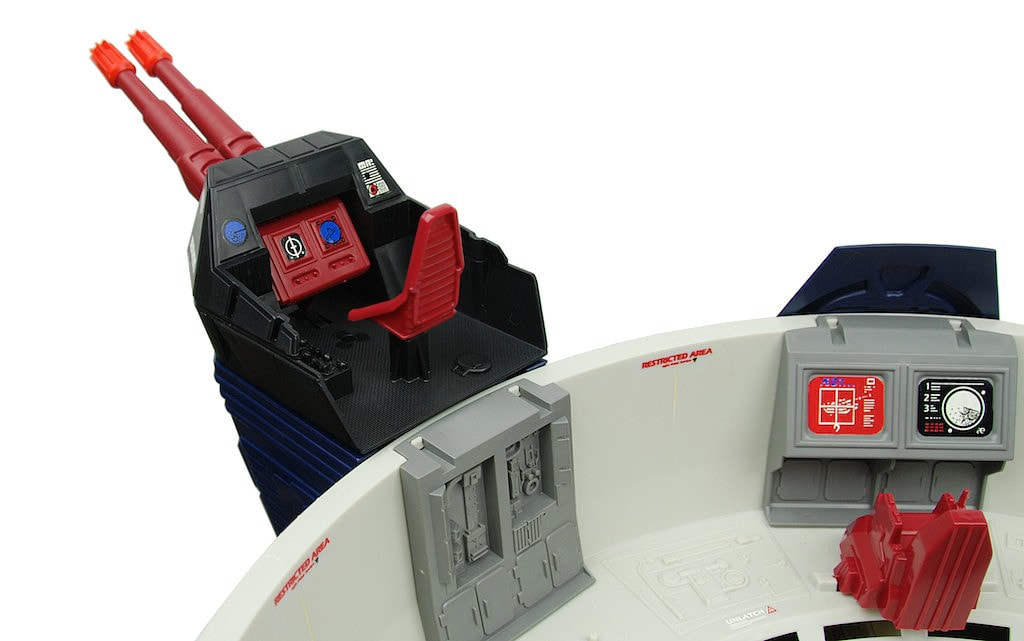 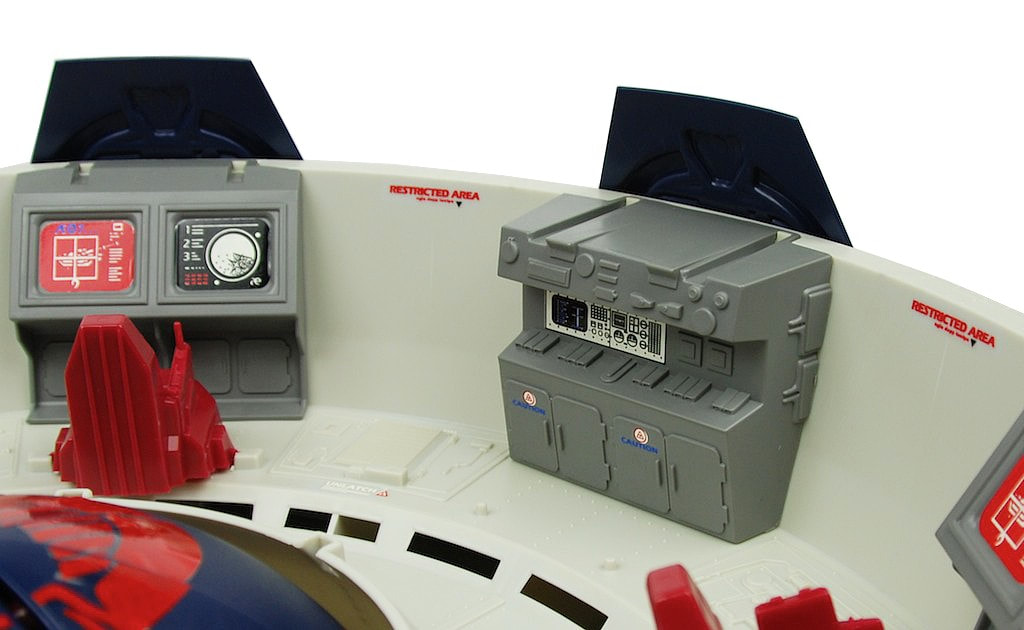 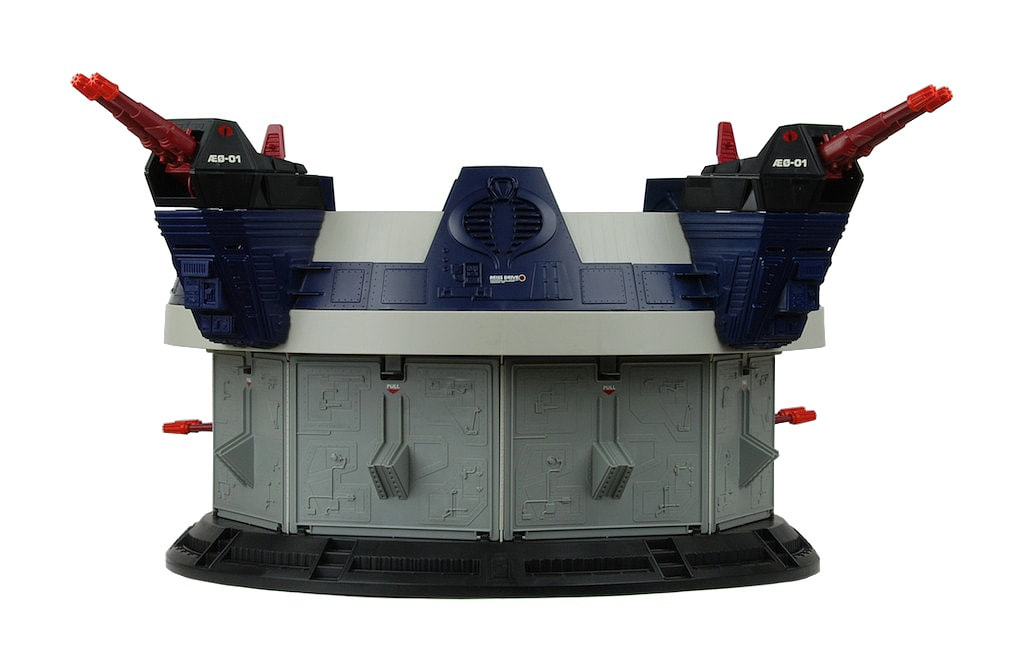 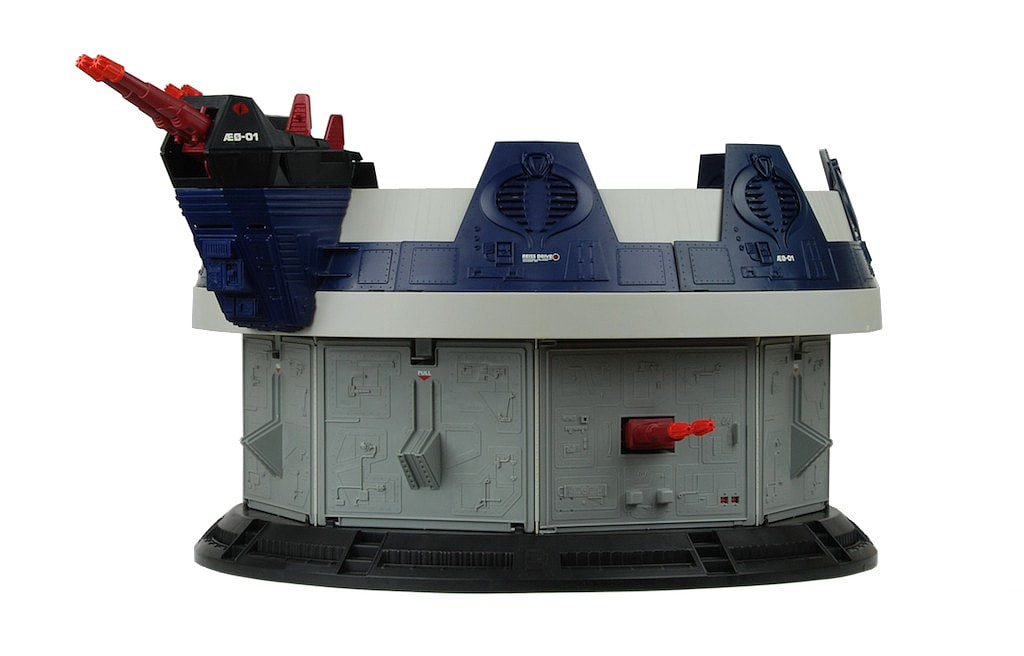 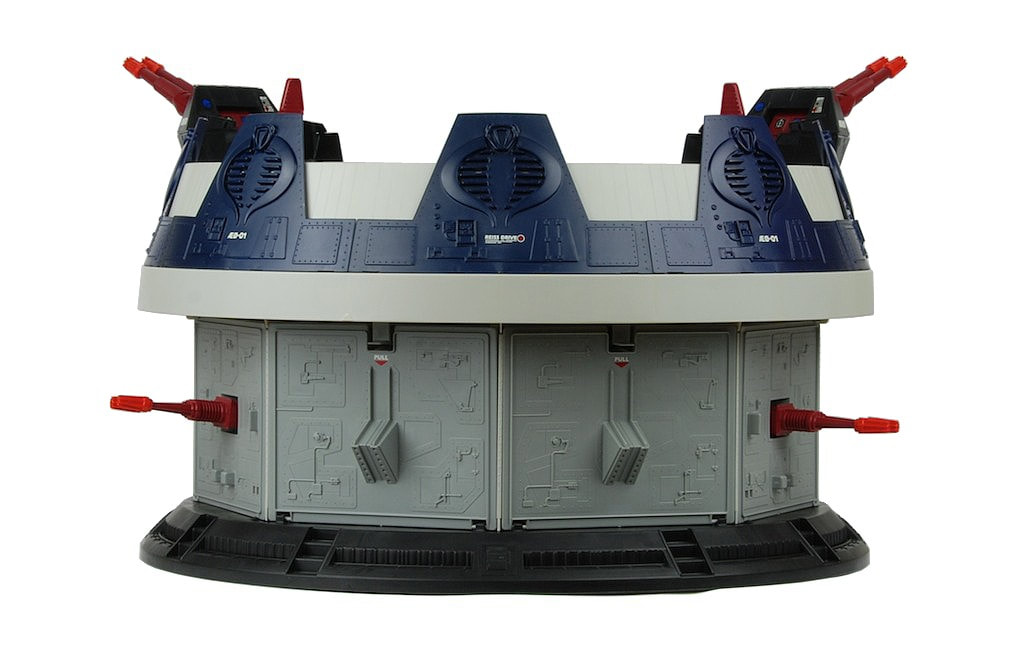 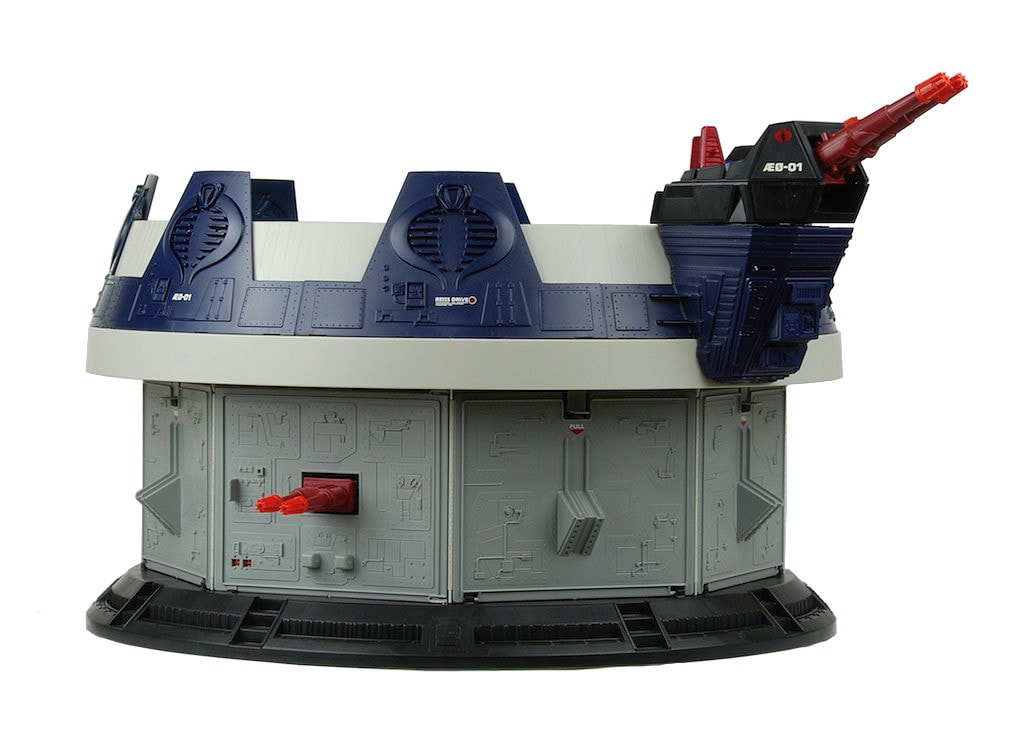 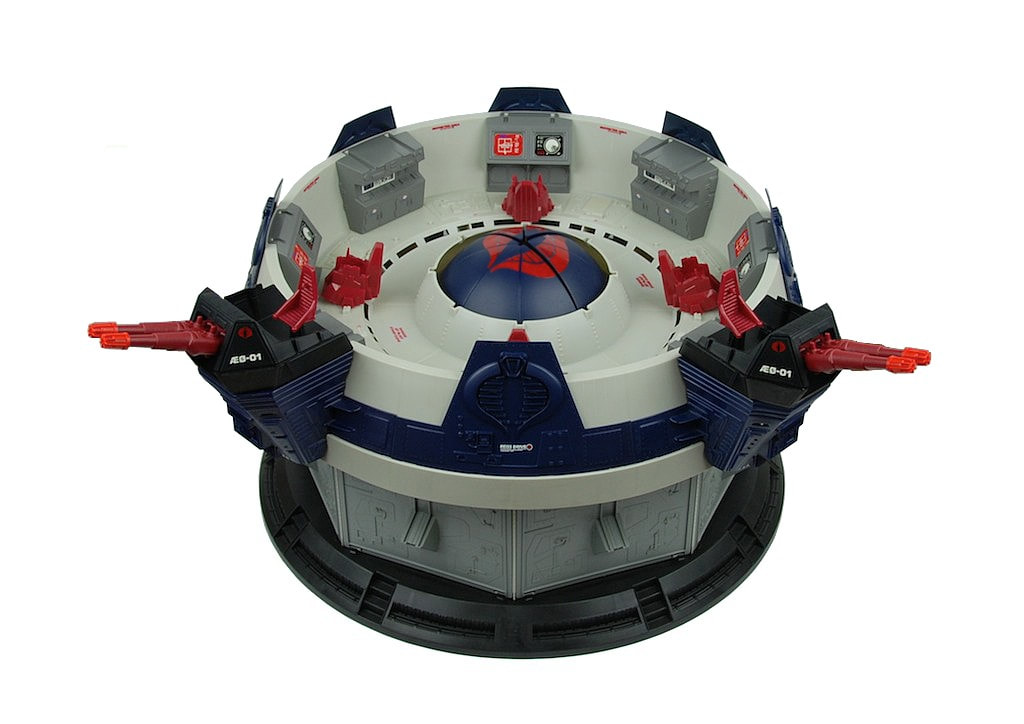 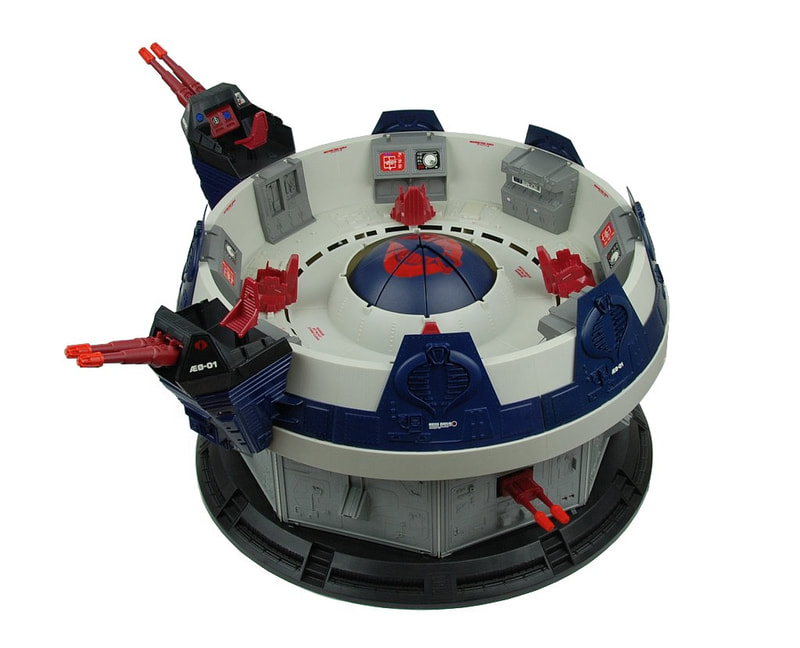 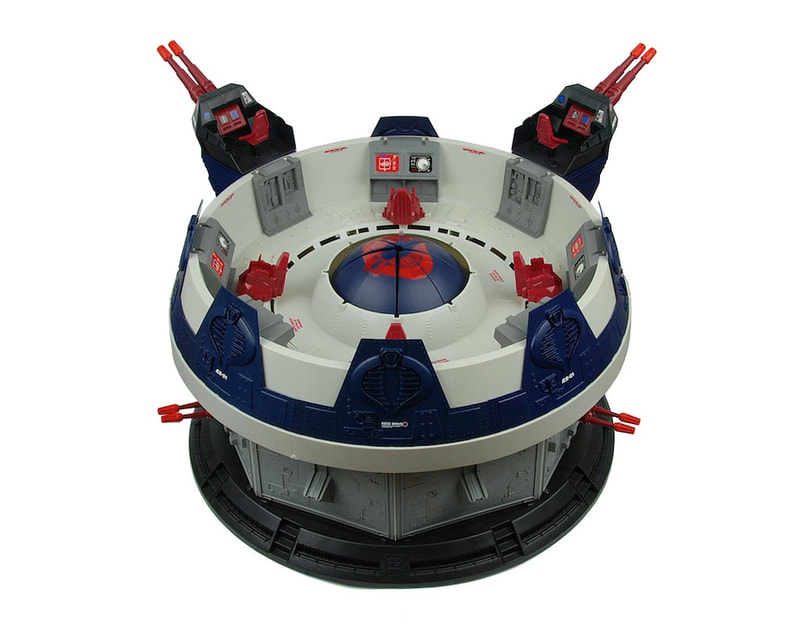 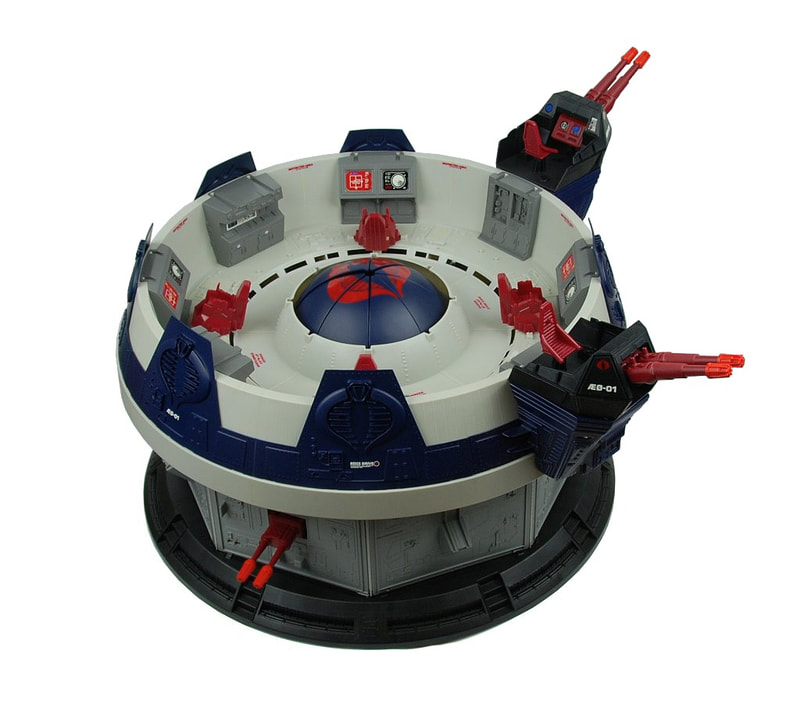 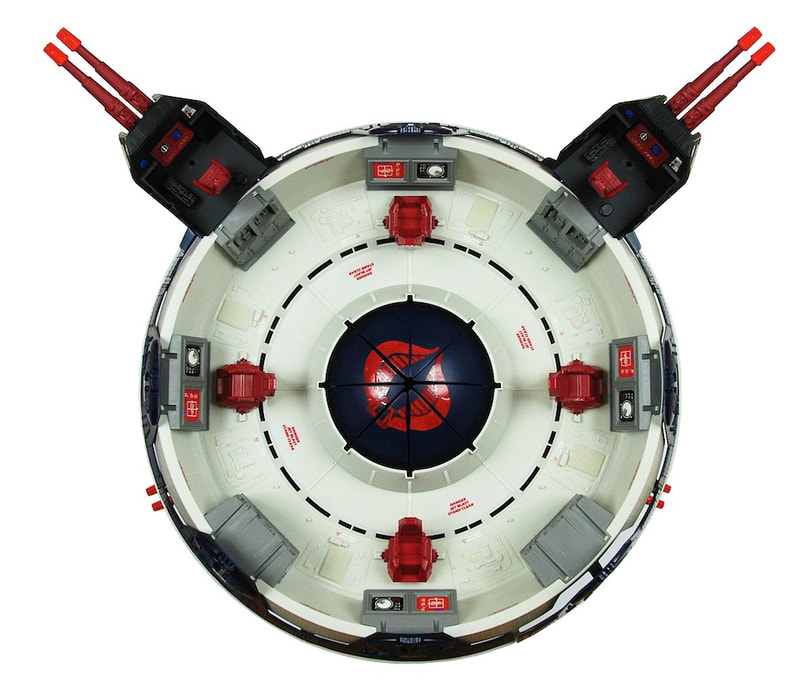 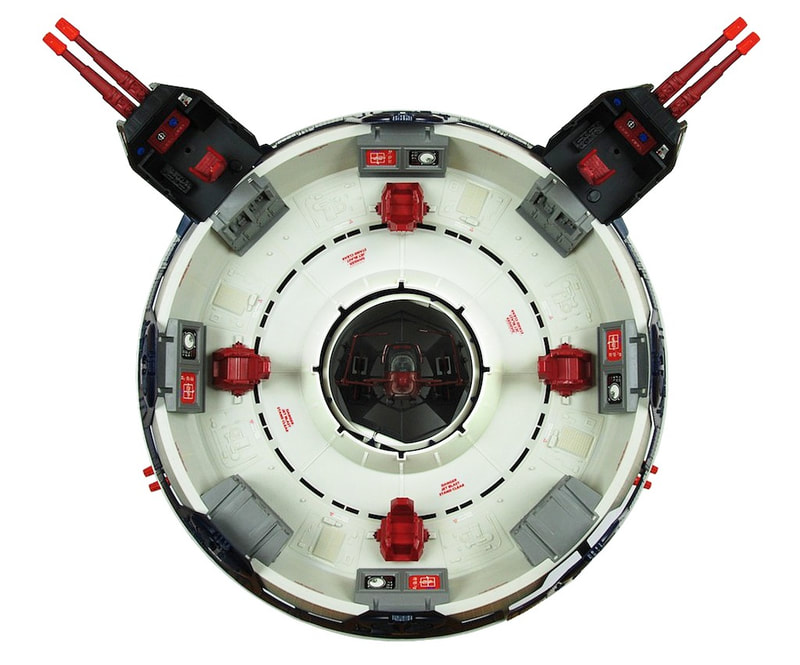 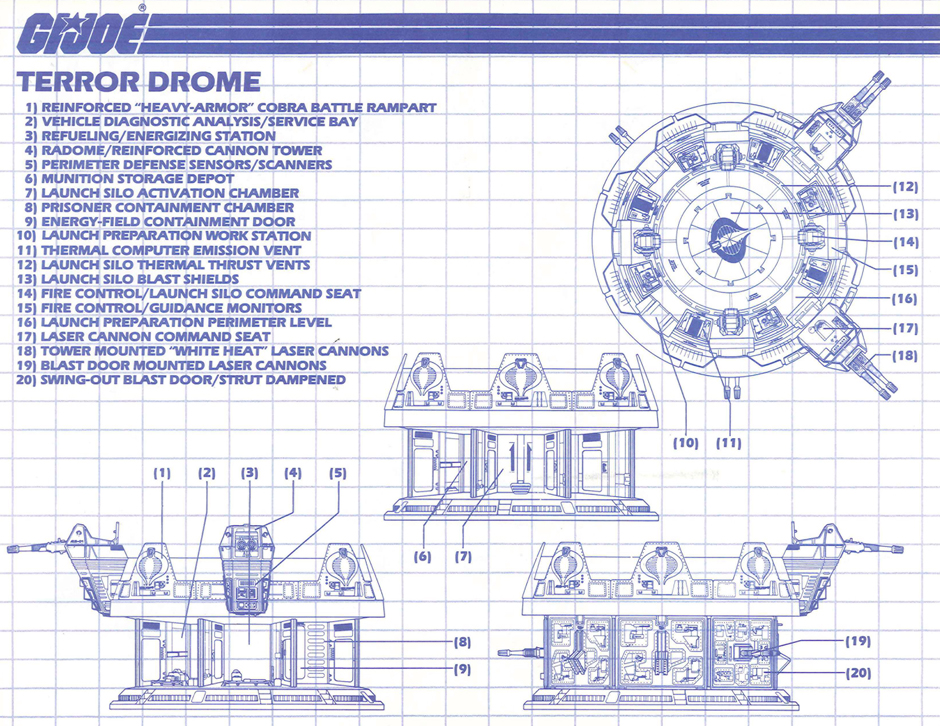 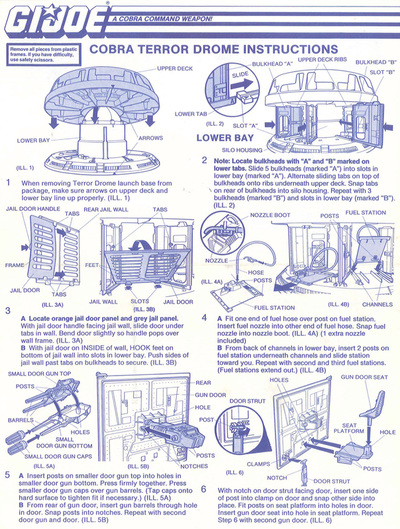 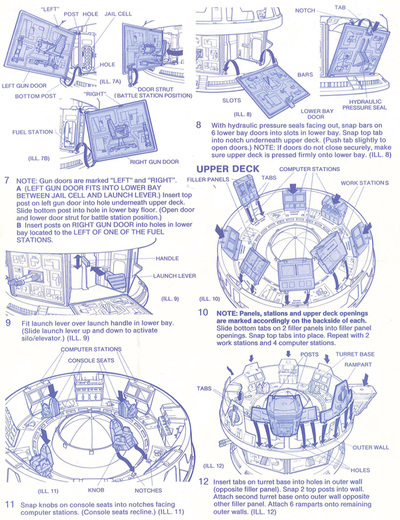 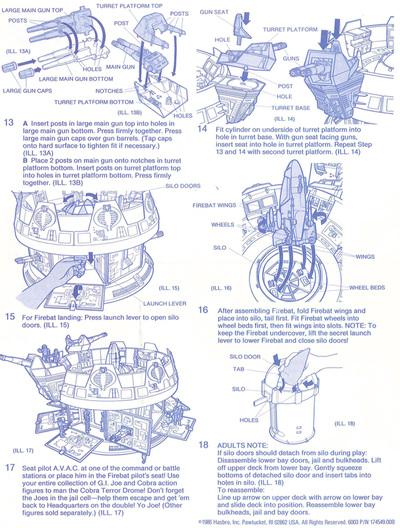 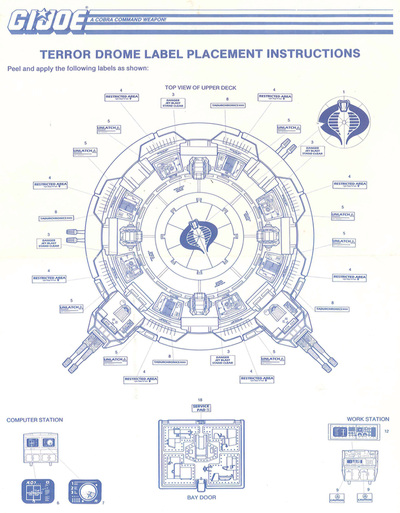 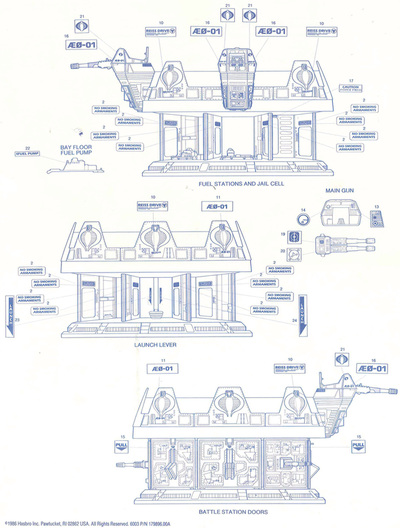 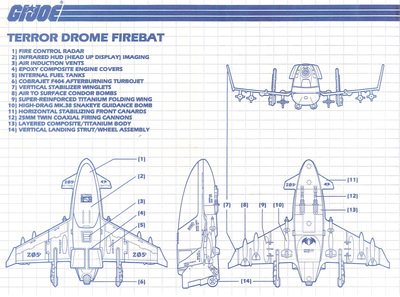 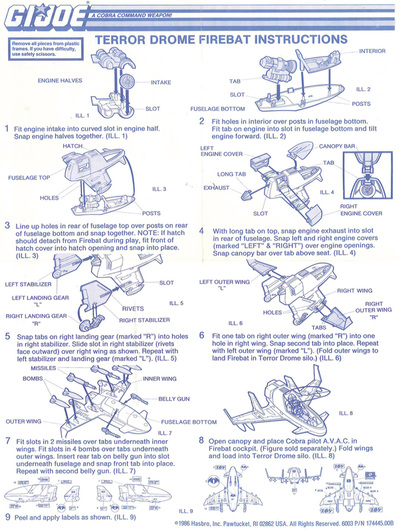