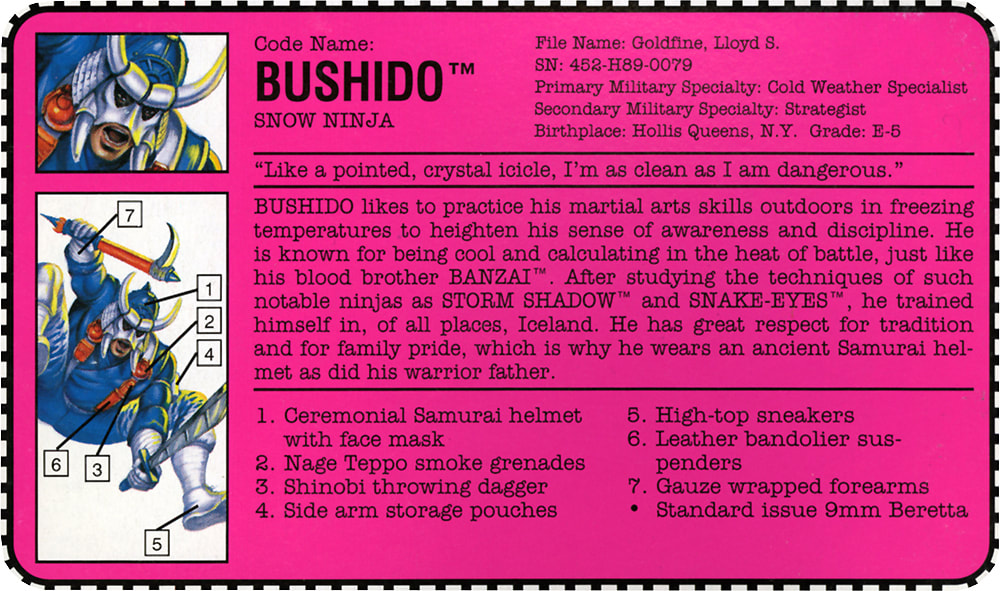 Banzai and Bushido's moves were accidentally swapped on the early card art. Paper inserts were included with both figures to explain. Insert scans courtesy of Tim Dz. Thanks, Tim, for the heads up on this oddity.
Ninjas don't like to pose for pictures...
...they like to fight!