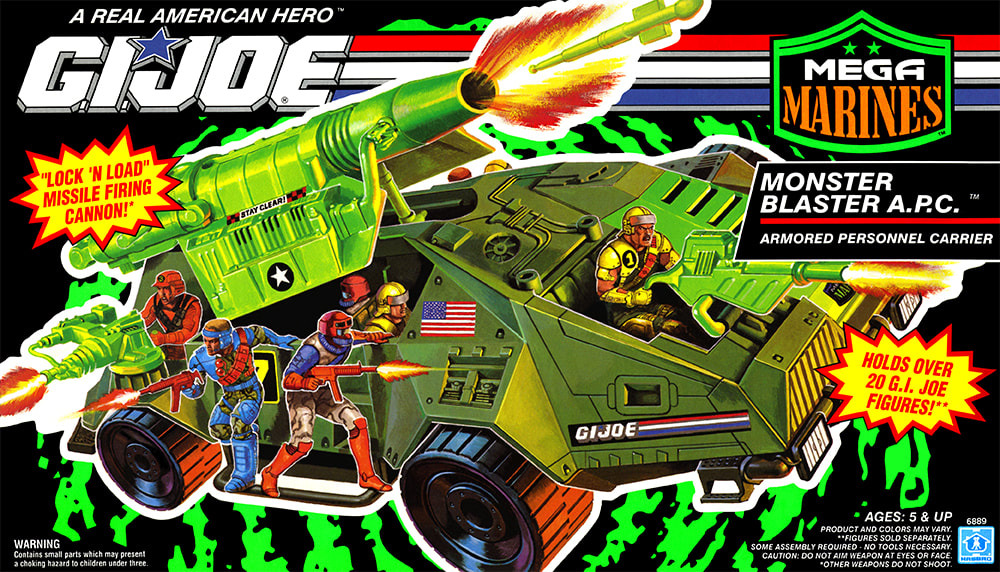 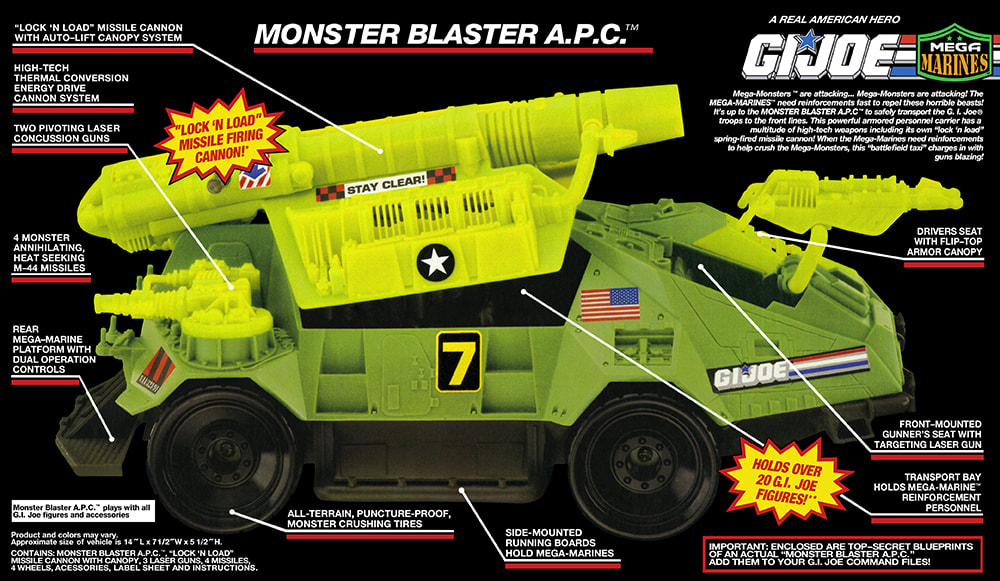 There are two versions of the 1993 Monster Blaster A.P.C.. The first (seen below) matches the prototype shown on the back of the box and the package art on the front of the box. This version features a lighter green top and a darker green bottom. The second version features a reversed color scheme: a darker green top and a lighter green bottom. Both versions feature lime green laser guns, driver canopy, lock 'n load missile cannon, and missiles. Neither version appears to be more difficult to find.
Detailed image gallery coming soon! 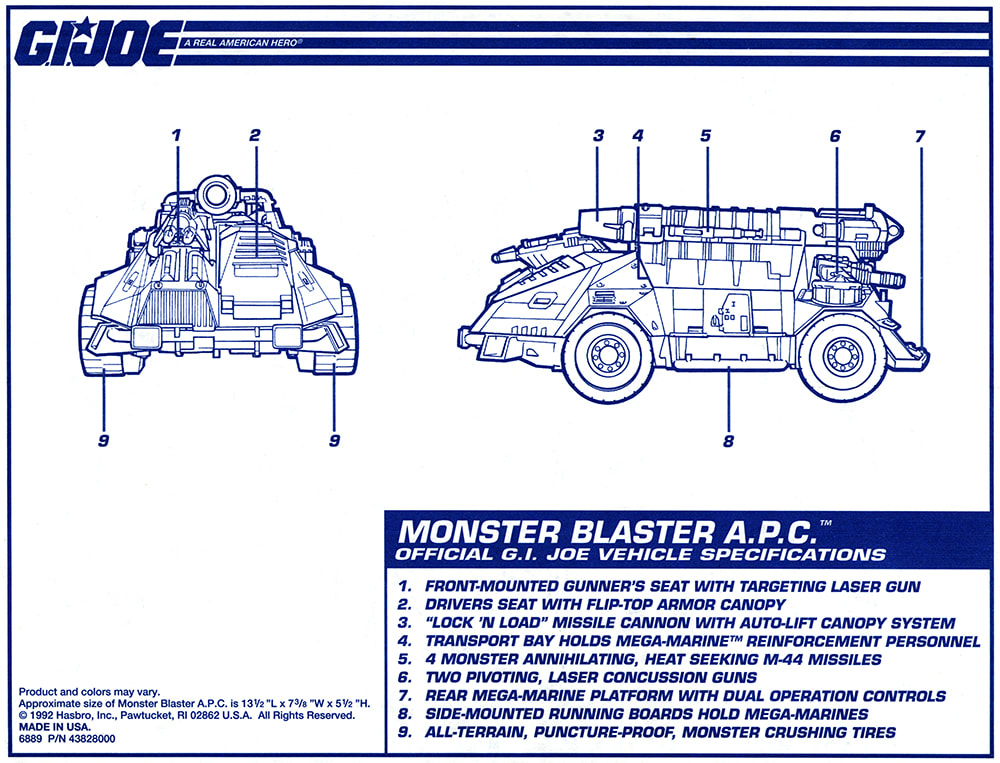 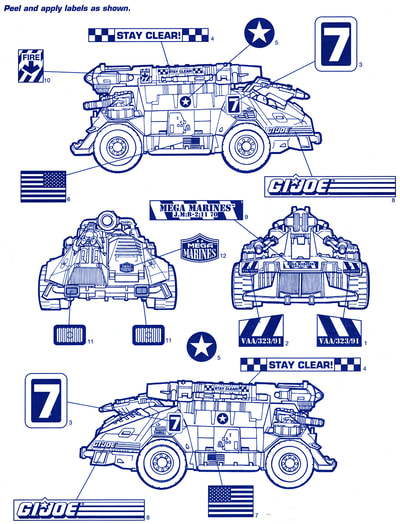 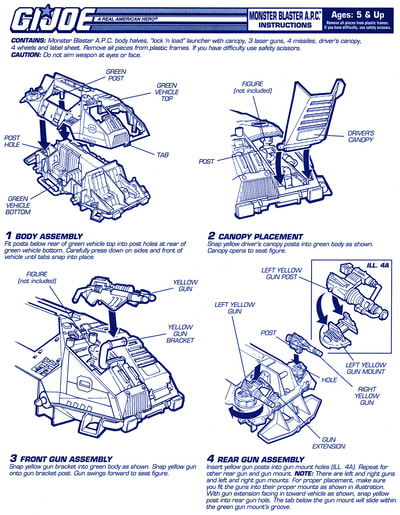 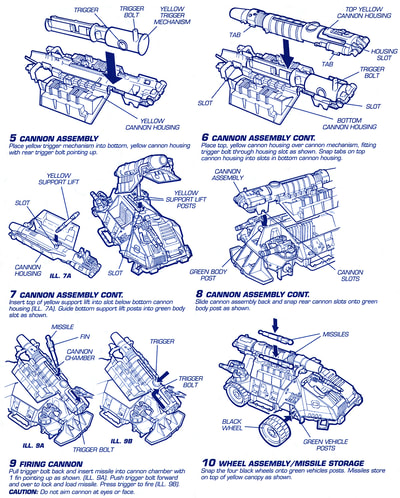