Sideshow Exclusive Edition / Polystone Statue
Snake Eyes is shown with standard equipment above – 1982 style head and left hand holding pistol.
Both the standard and the exclusive version of the Snake Eyes statue offer two heads – the 1982 style (left) and the 1985 style (right). 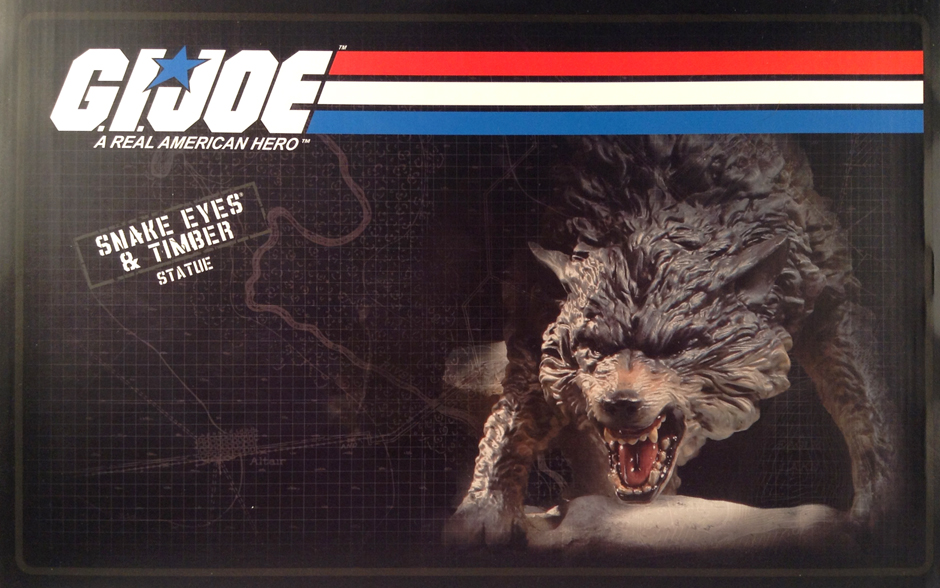 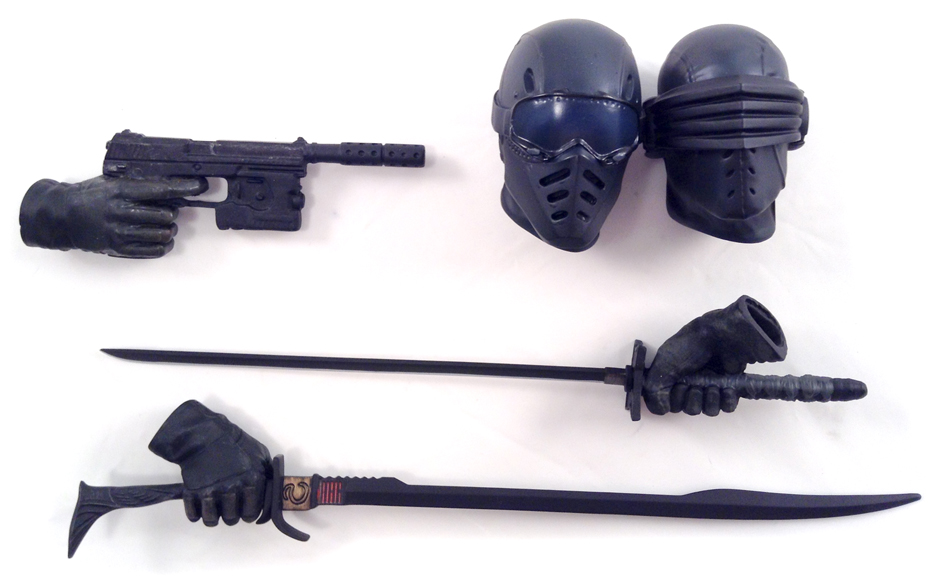 Above you see Snake Eyes holding the standard Katana (left) and the exclusive Falchion Sword (right) that came with the 1985 figure.
Snake Eyes features many nods to the 1982 design, such as the two straps with pouches, chest grenade, uzi and satchel of explosives.
There are plenty of details beyond the original figure design though, such as the knife with scabbard and the knee pads.
Snake Eyes' best accessory though has to be Timber, his trusted sidekick. Timber has never looked better than in this snarling portrait. 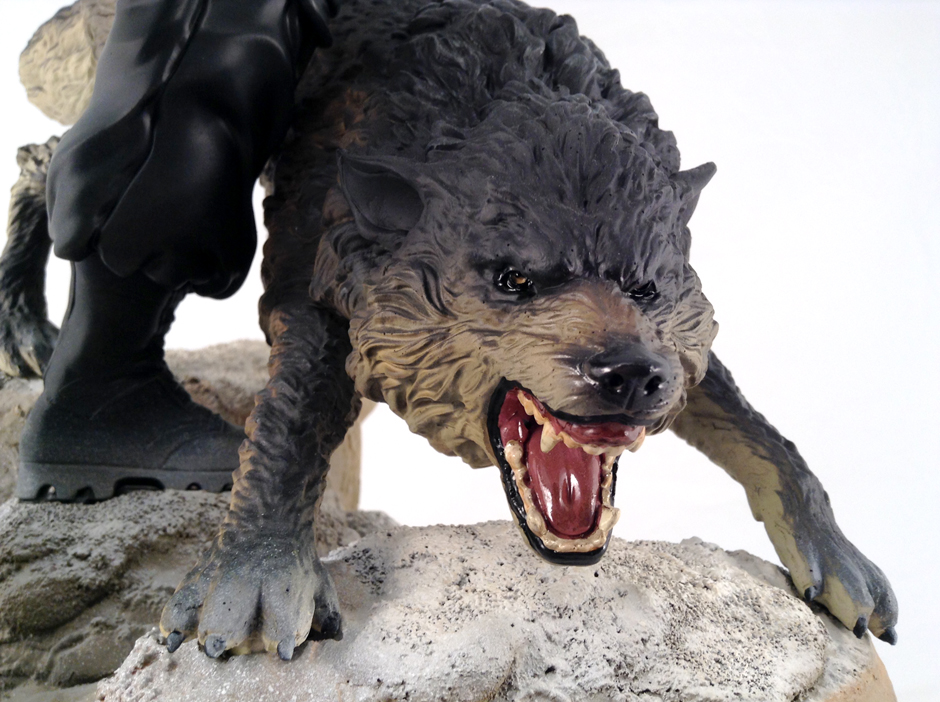