Includes: M-16 "over/under" rifle, fieldpack
Leatherneck v2 was only available as part of the 1986 "Special Mission: Brazil" set. This five figure set was the first of its kind for G.I. Joe.
It featured one original character (Claymore) and four v2 repaints of 1986 characters. This was the first time Hasbro released simple repaints as a new sub-team. This practice would become prominent in 1988 with "Tiger Force" and "Night Force" and in 1989 with
"Python Patrol" and "Slaughters Marauders.”
Special Mission: Brazil came with a two-sided cassette featuring a 7.5 minute story called "Special Mission: Brazil" on Side A
and a blank Side B marked "SPECIAL MISSION ________" and instructions to "Record your own Mission!” ​ 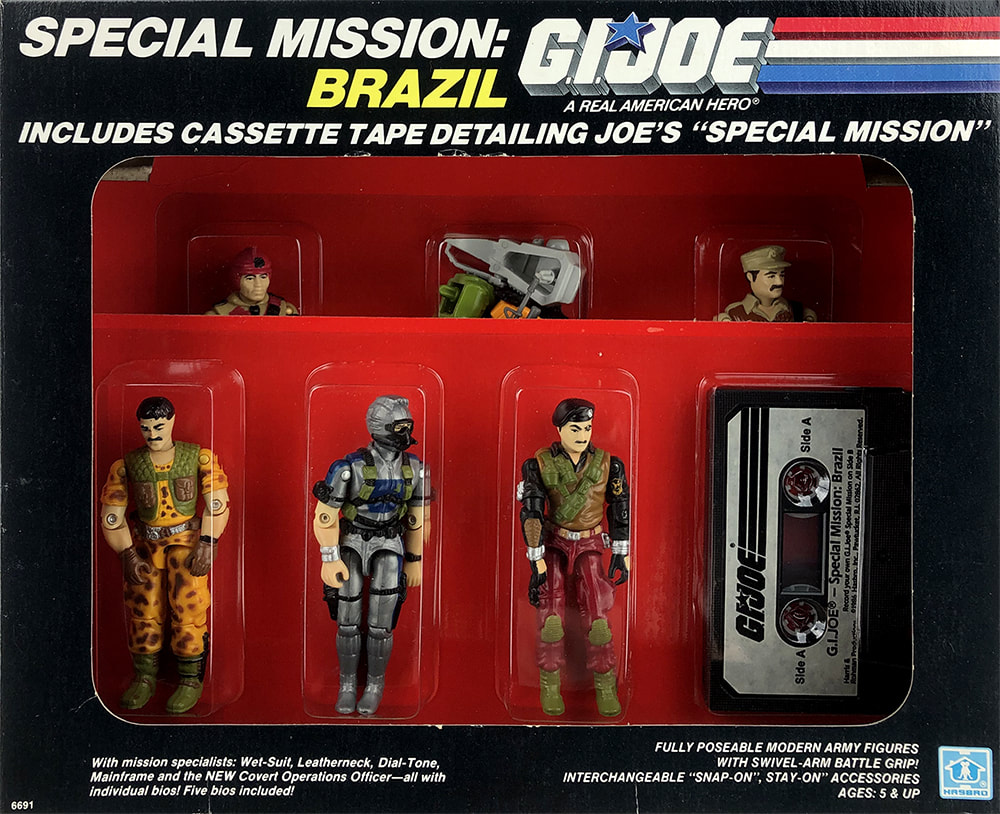 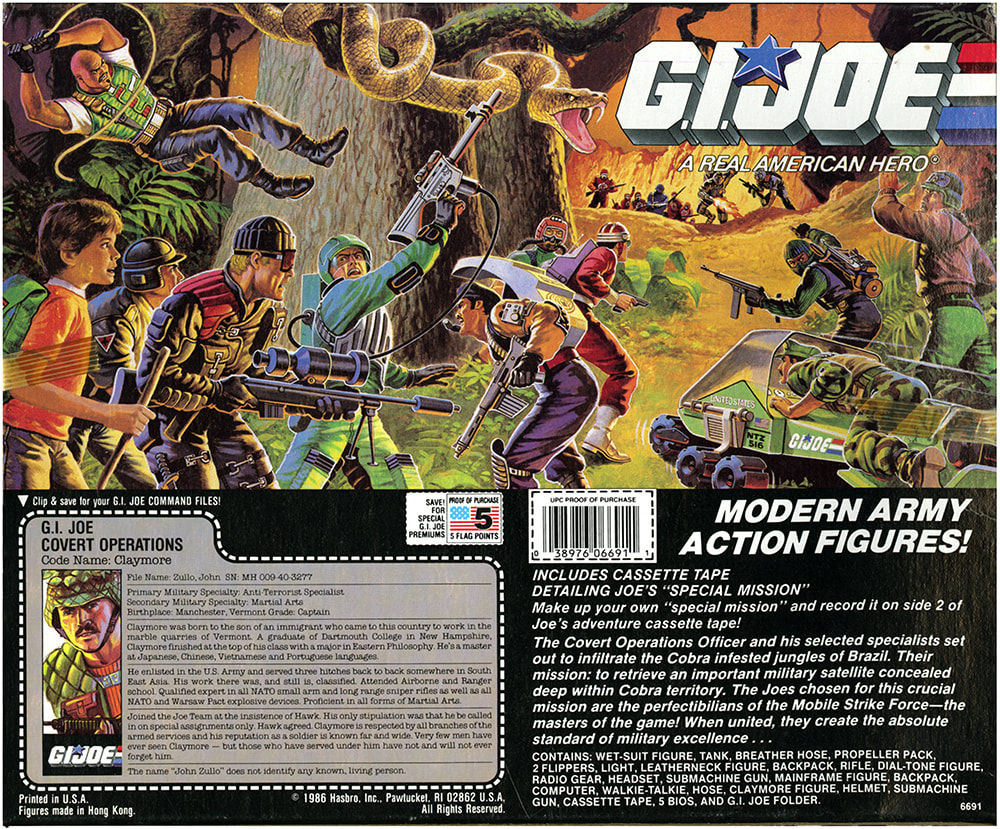 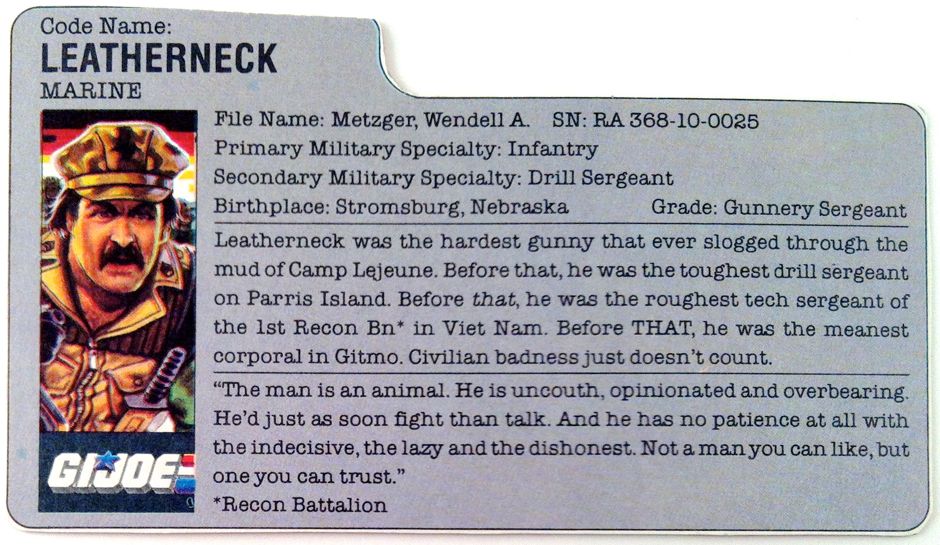