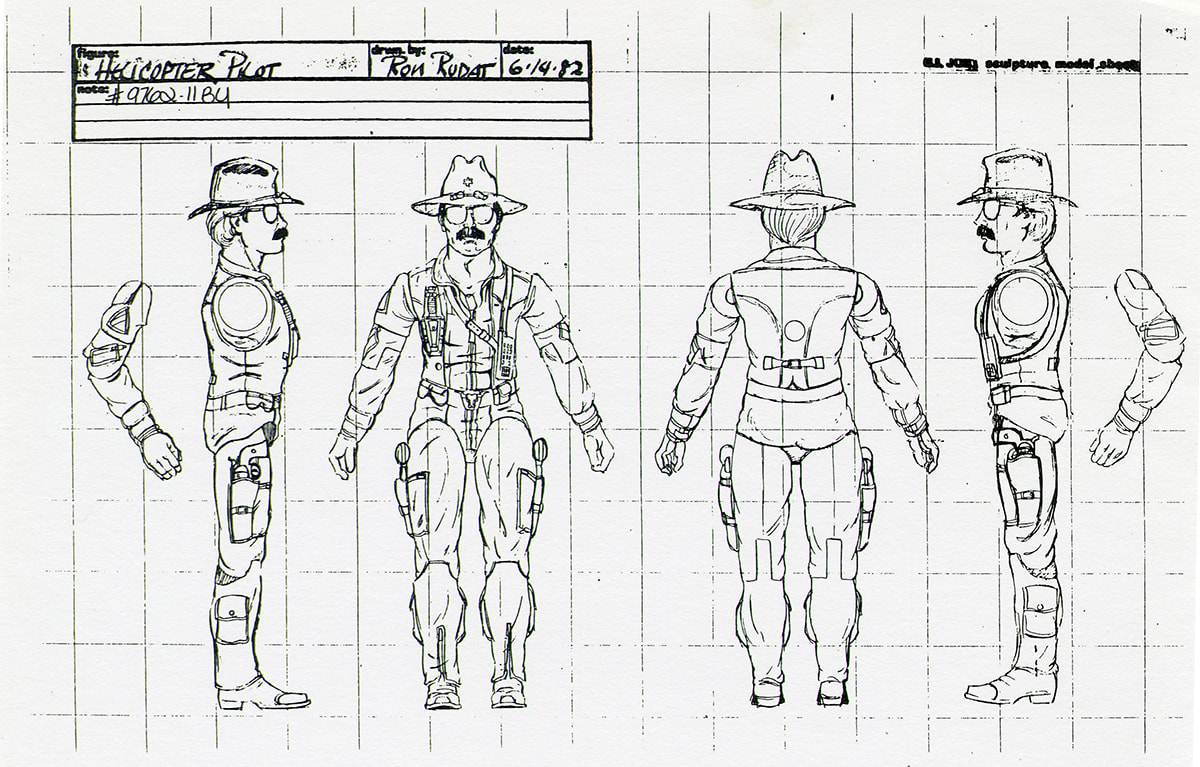 Once management had signed off on the design, Ron would get back to work creating figure sculpture sheets (also known as control art). These sheets showed views from the front and back and from both sides with the arms removed. Some revisions were still made at this point. Once completed, these sheets were shared with the sculptors that were tasked with creating the figures. There was no precedent at Hasbro for Ron to follow when it came to the figure design process. Ron created the Sculpture Model Sheet shown above on the fly, and it would evolve over the coming years. The figure sculpture sheet above was signed and dated June 14, 1982 by Ron Rudat. 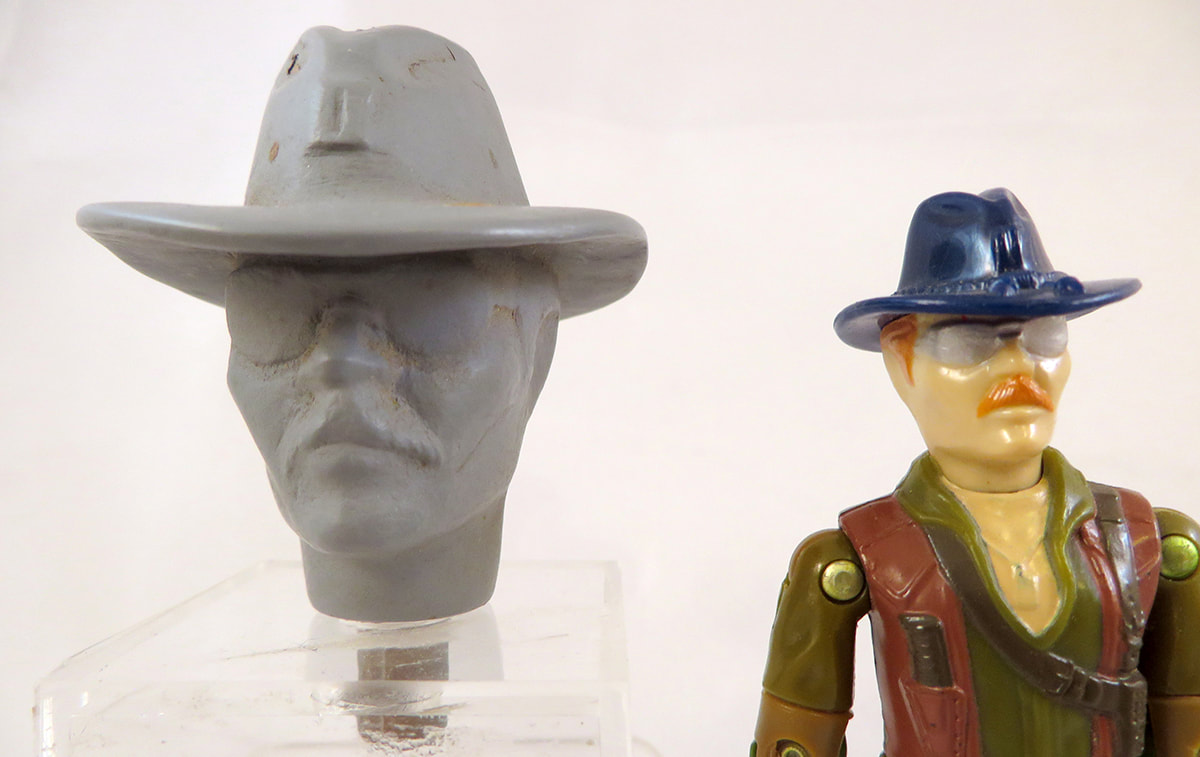 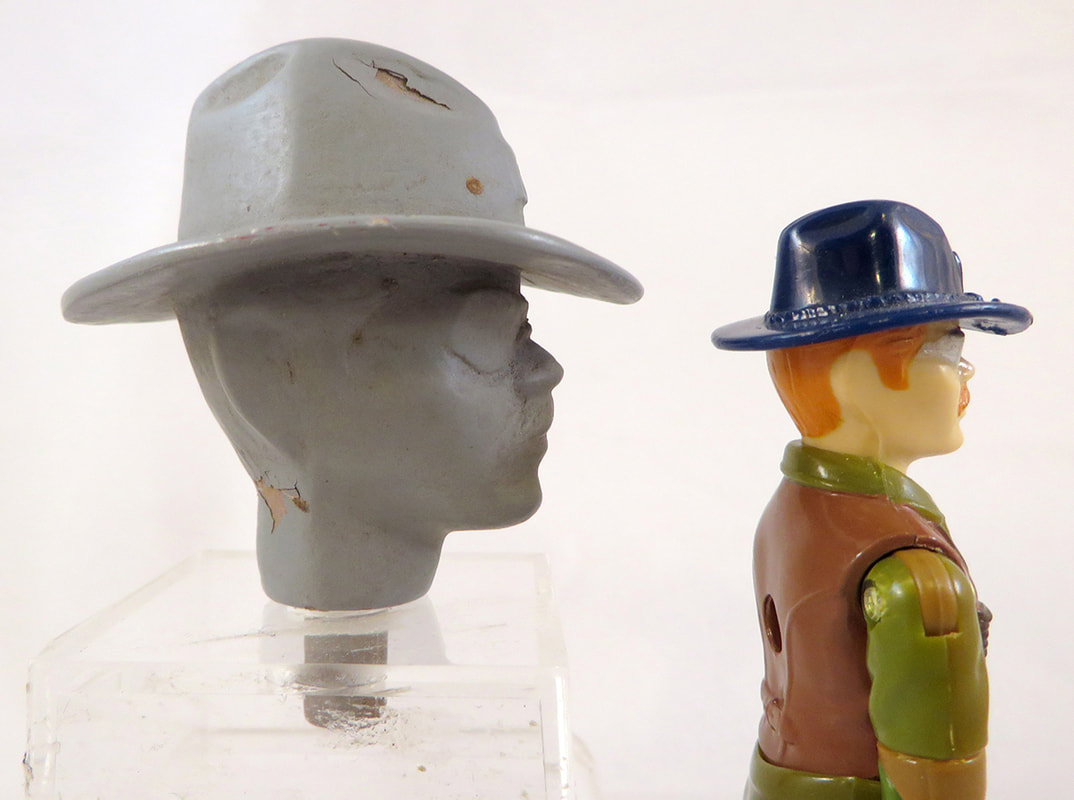 A Real American Hero figures were sculpted at two times the size of the retail product, to allow for more detail to be included in each sculpt. These sculpts are commonly referred to as a 2up in the preproduction community. The two photos above show Wild Bill's 2up head and the retail release for comparison. These sculpts were commonly painted with a gray primer. Photos courtesy of Chris Murray.