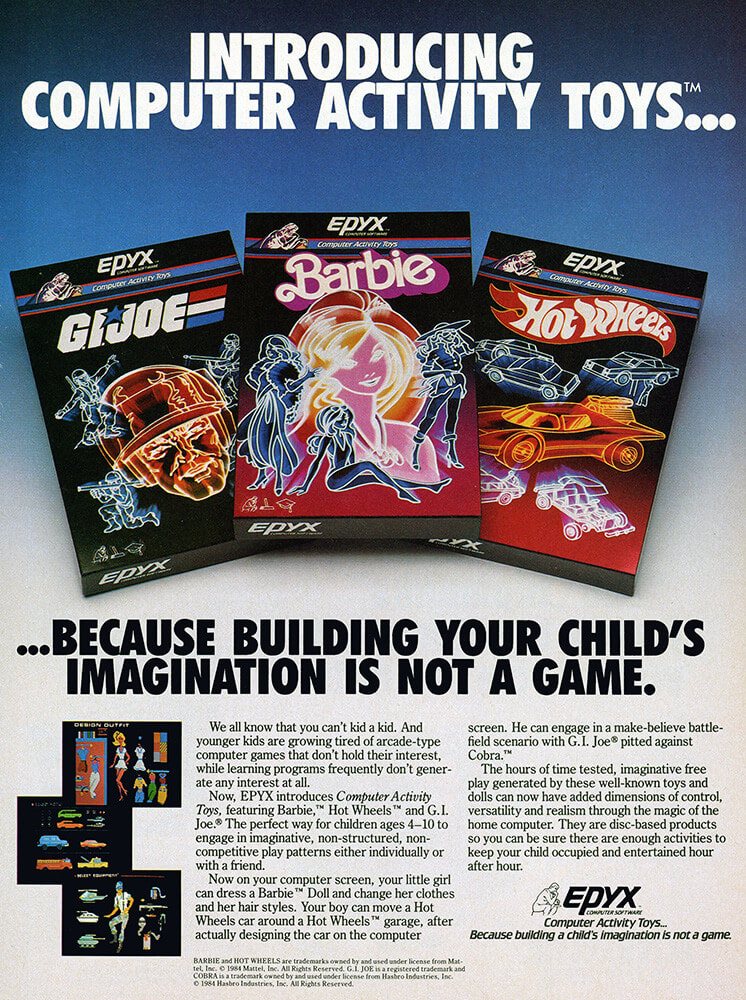 This is a trade advertisement promoting the EPYX Computer Software Company's Computer Activity Toys line for 1985. Included in the line was Barbie, G.I. Joe, and Hot Wheels and these games were released for the Apple II and Commodore 64 systems. This advertisement was published in an unknown trade magazine in 1985.