Cobra Commander's silver weapons tree included two rifles, a flamethrower, a submachine gun, two missiles and a figure stand.
Except for the back of the torso, the entire body was originally used to create v5 Talking Battle Commanders Cobra Commander in 1992.
​​Roll over the images below to find out more, or click the images to enlarge them. Photos courtesy of Phillip Donnelly. 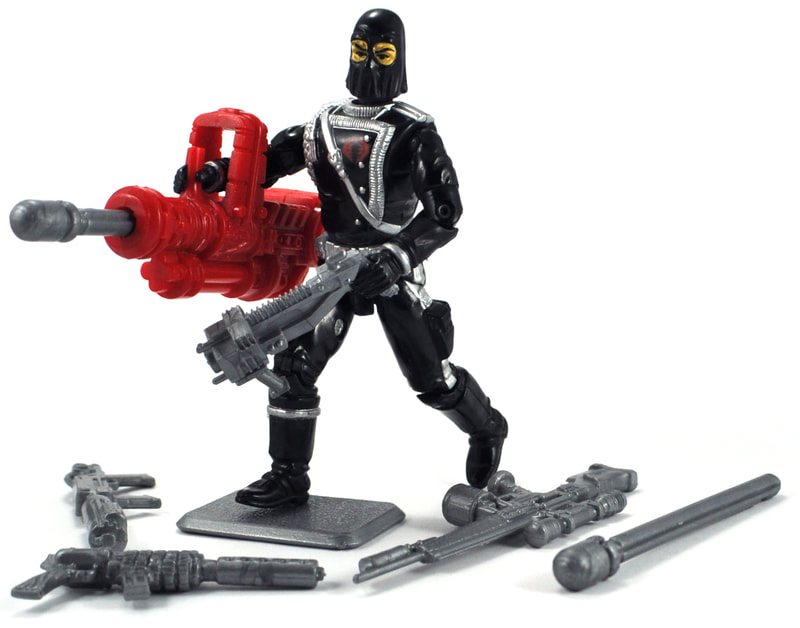 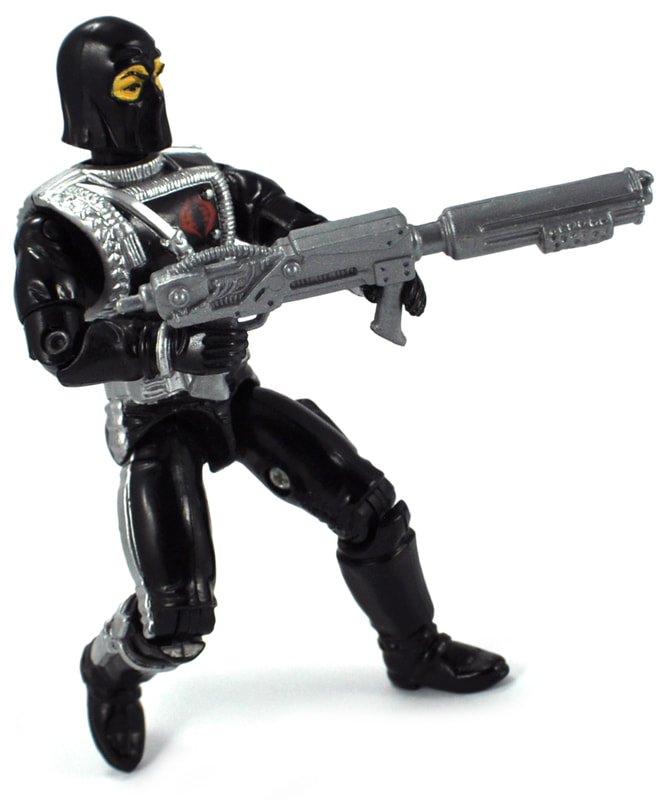 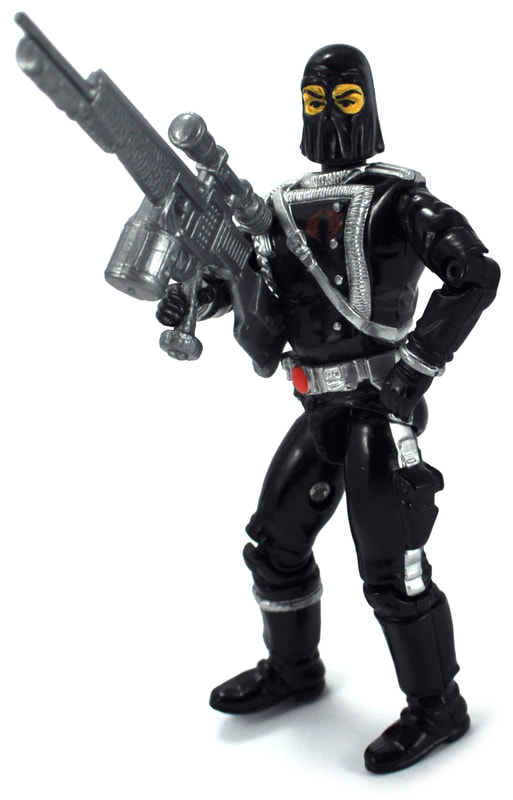 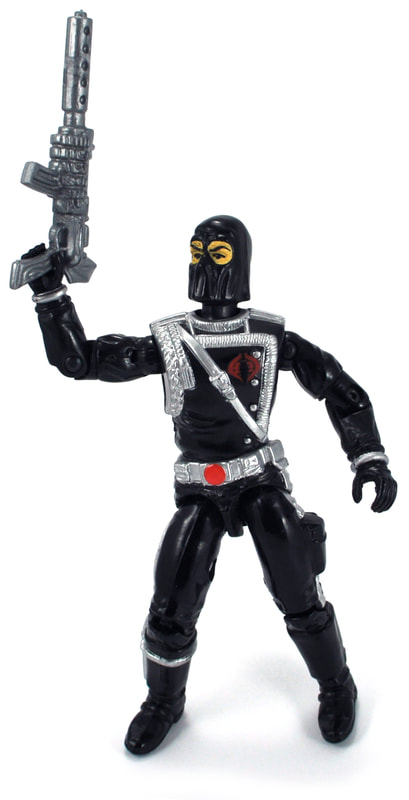 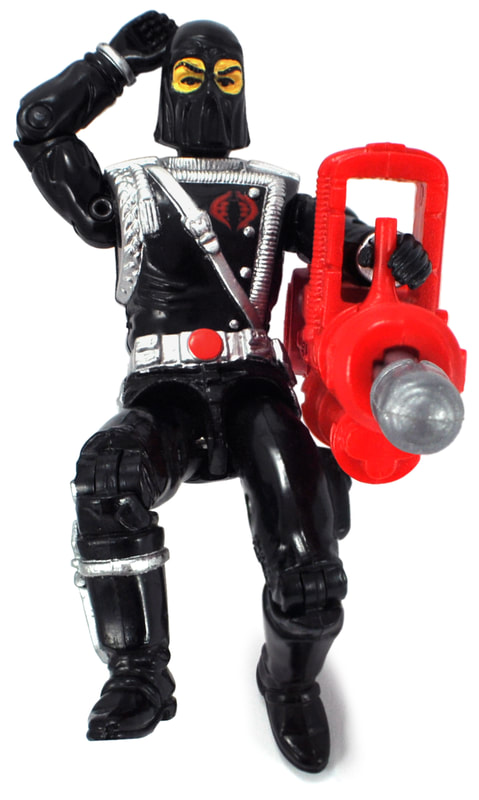 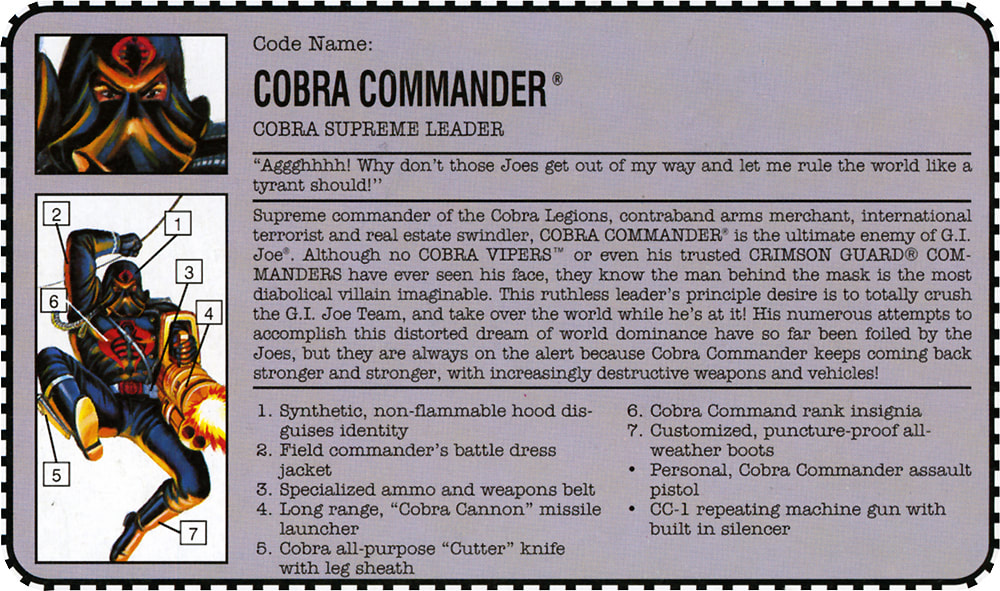