Scarlett's yellow weapons tree included three swords, a knife, two claws, nunchucks and a figure stand.
Roll over the images below to find out more, or click the images to enlarge them. Photos courtesy of Phillip Donnelly. 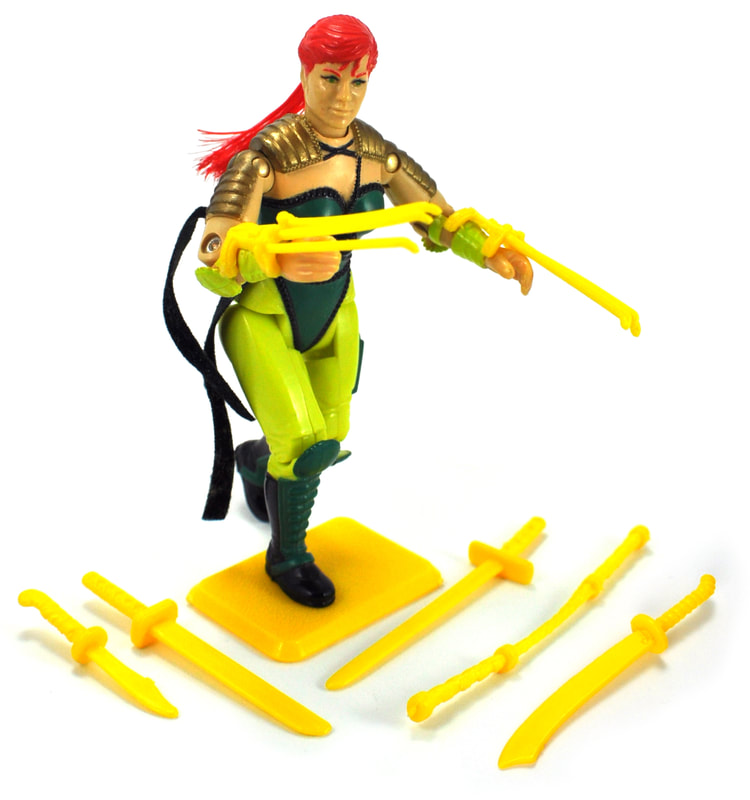 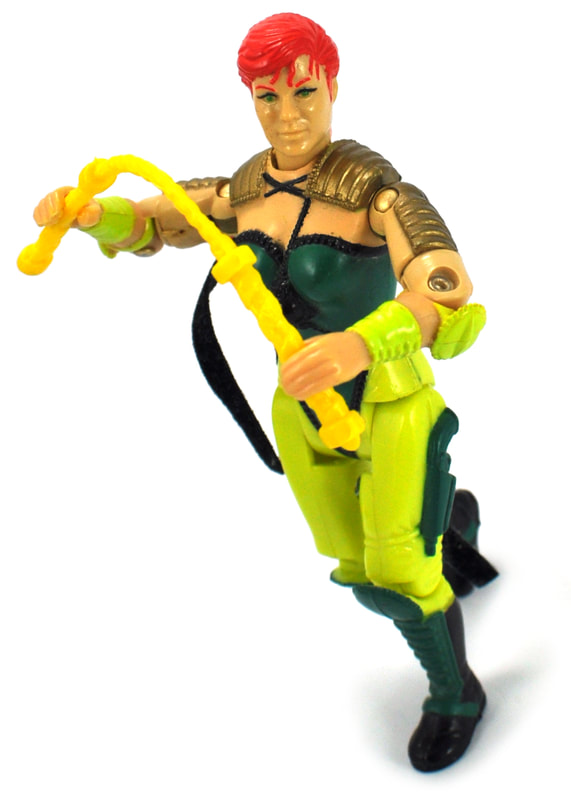 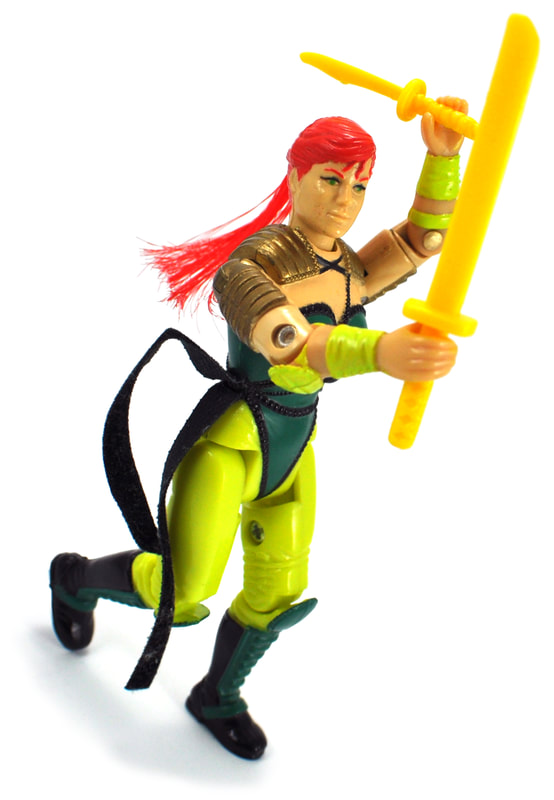 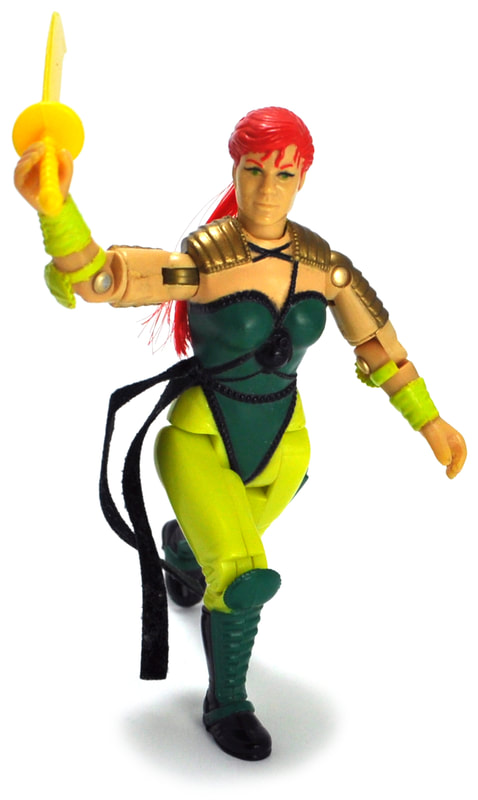 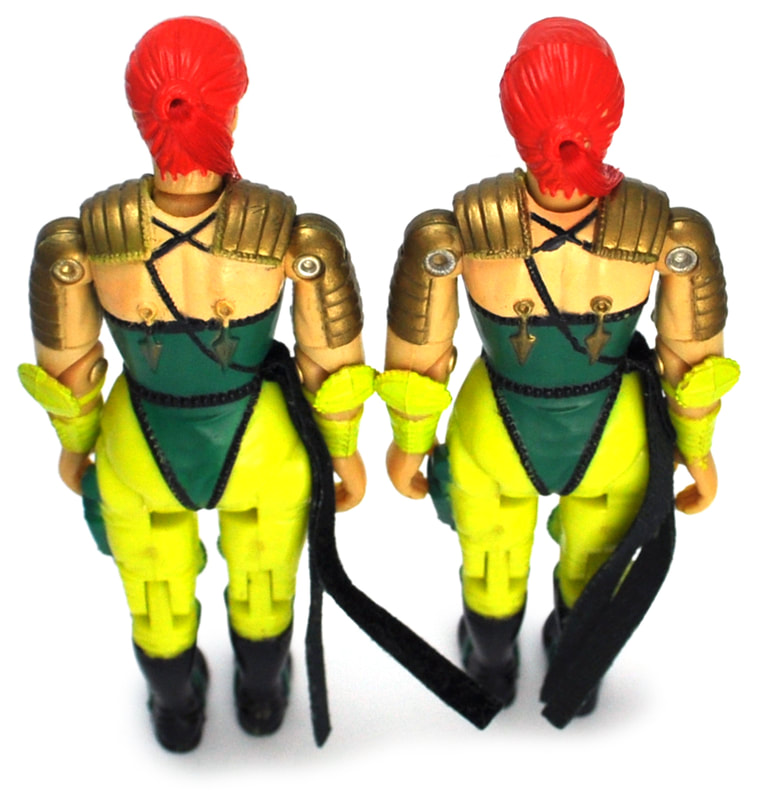 There are two versions of Scarlett: one featuring a ball jointed neck (left), and another featuring a swivel neck (right). 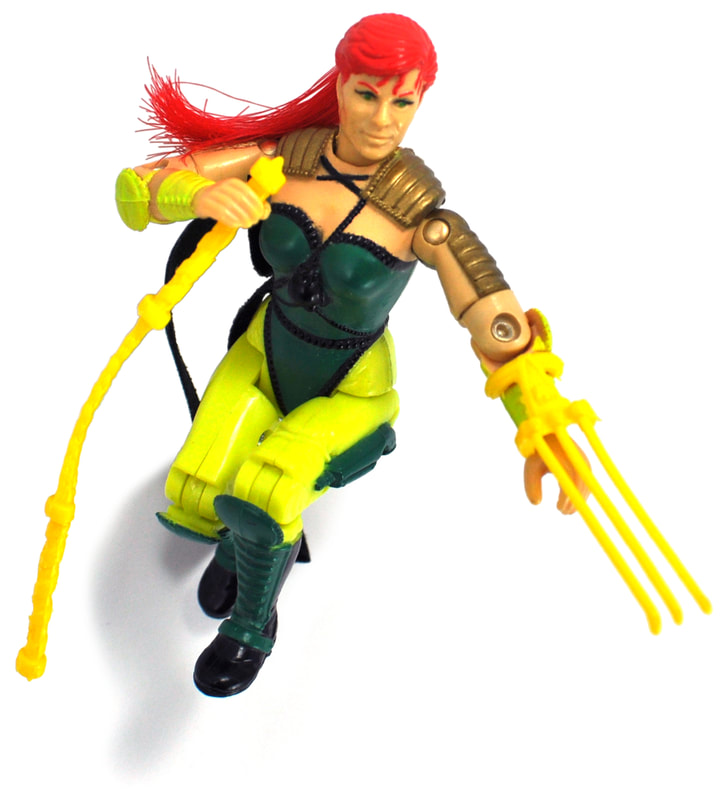 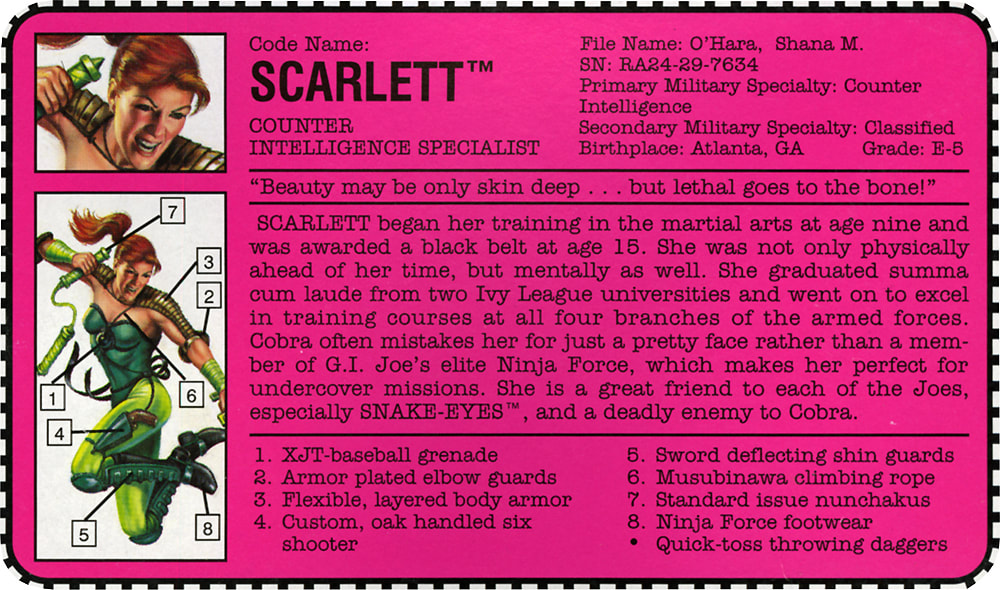