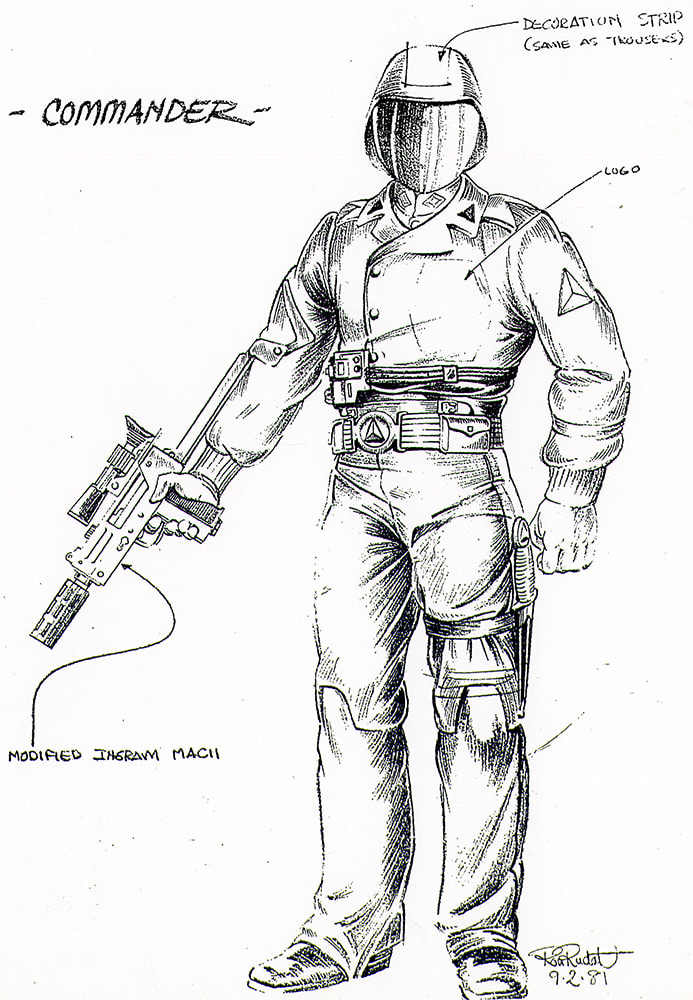 This "Commander" illustration was signed and dated September 2nd, 1981 by Ron Rudat. Ron called out a decoration strip on his helmet (same as trousers), a logo, and a modified Ingram MAC-11. The Ingram MAC-11 is a subcompact machine gun developed by American gun designer Gordon Ingram at the Military Armament Corporation during the 1970s in Powder Springs, Georgia. The MAC-11 is a sub-compact version of the MAC-10, and fires a smaller .380 ACP round. It's interesting to see Cobra Commander with real-world arms, instead of the "Venom" laser pistol we received. 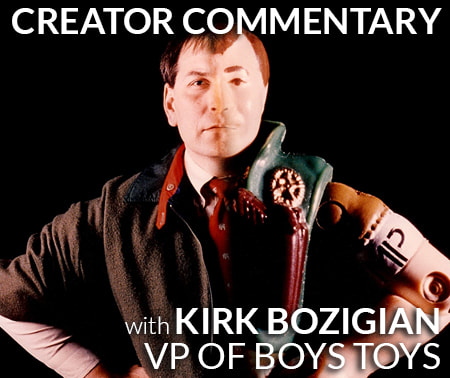 Kirk Bozigian (G.I. Joe Product Manager) discusses the birth of the Flag Points program and one crazy Christmas in 1982. As can be heard in the creator commentary below, the response to the Cobra Commander Offer was overwhelming. 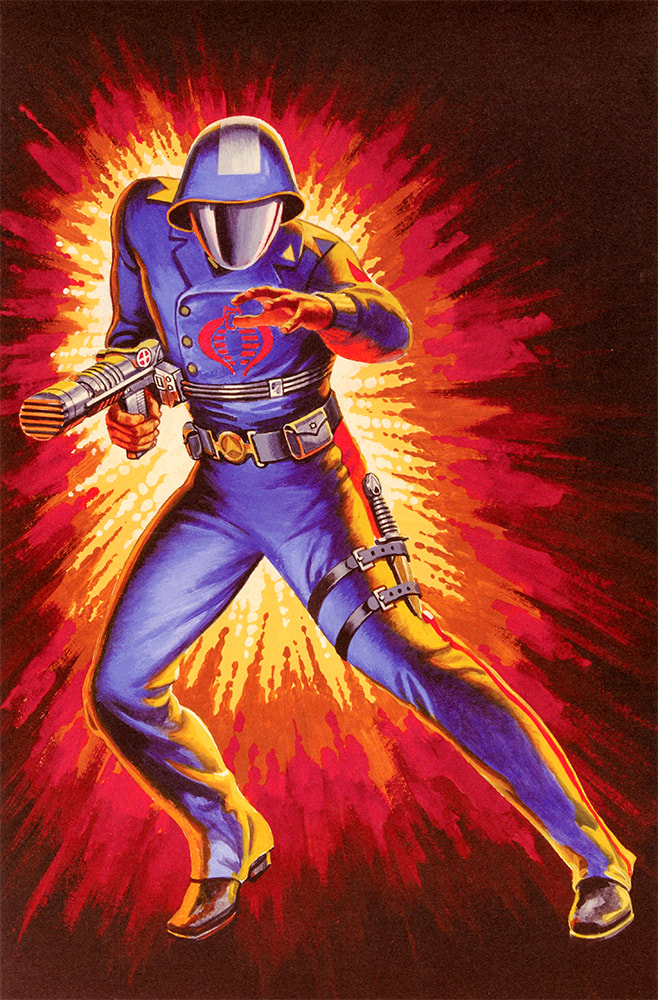 After the overwhelming success of the mail order Cobra Commander program, Cobra Commander was released as a carded figure in 1983. The painting above was created by Coleman, Lipuma, Segal & Morrill, Inc. (CLS&M) with art direction by Ed Morrill and illustration by Hector Garrido.