Snake Eyes underwent several changes during the design process in the summer of 1981. The ideation sketches above show several revisions made between May and July 1981. The illustration on the left was signed and dated May 26th, 1981 by Ron Rudat. The open mouth mask reveals a healthy 1980s mustache. He's holding dynamite with a timer in his left hand, and an Uzi in his right hand. The illustration on the right was signed and dated July 28th, 1981 by Ron Rudat. Ron noted this was the 2nd drawing and correct figure, and he labeled the weapon and explosives. The dynamite is now molded onto his left thigh, he's received a new explosives satchel, and his revised chest harness holds a knife and grenade. 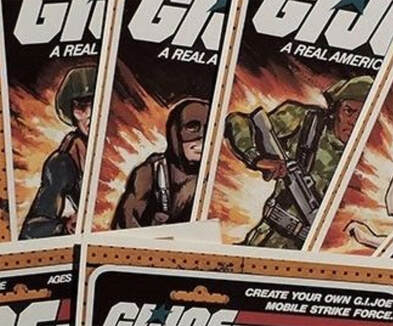 A Note on Color

As can be heard in the Creator Commentary further below, Kirk Bozigian recalled that Snake Eyes was intended to be black from day one. Interestingly, the marker comps above show the earlier open mouth mask (sans mustache), and Snake Eyes is colored brown. Could this have simply been a decision by the artist to bring some color into the image? Perhaps.

This undated illustration by Ron Rudat shows Ron's working titles for each of the 13 original 1982 Joes. Grand Slam and Flash share one illustration and are labeled twice. Here Snake Eyes is labeled "commando." 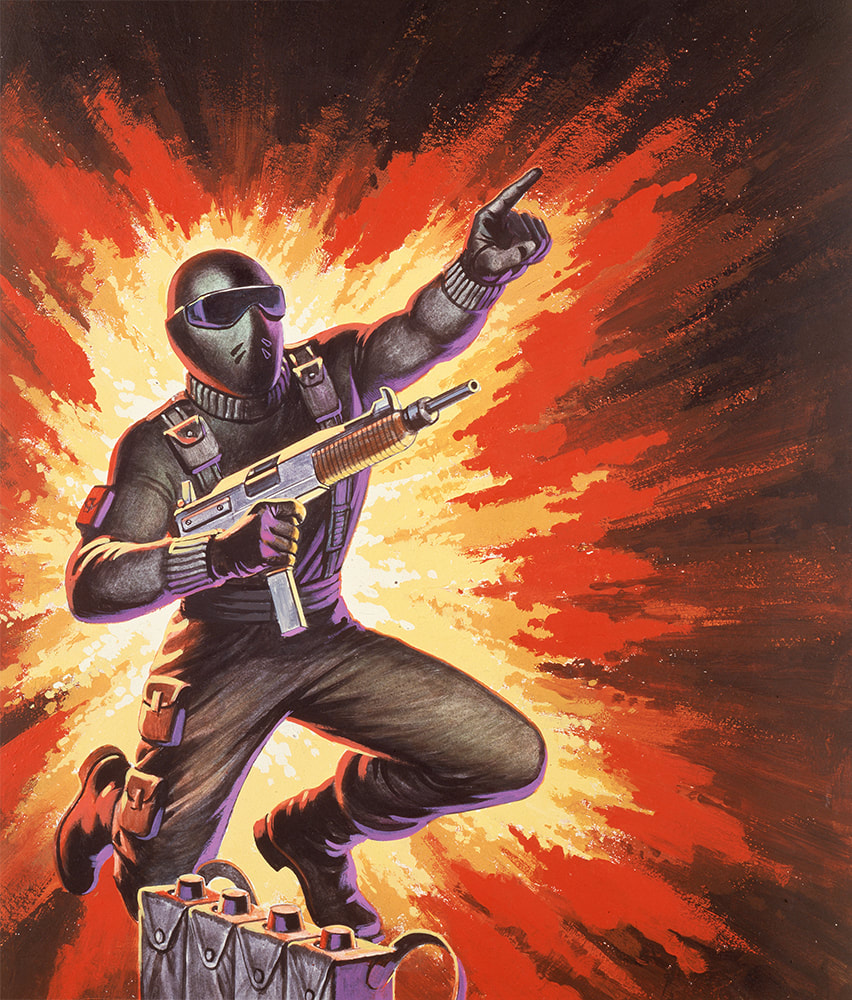