Two loose flippers and a missile launcher were also included in the package.
Eel v3 is a repaint of the 1992 v2 original. 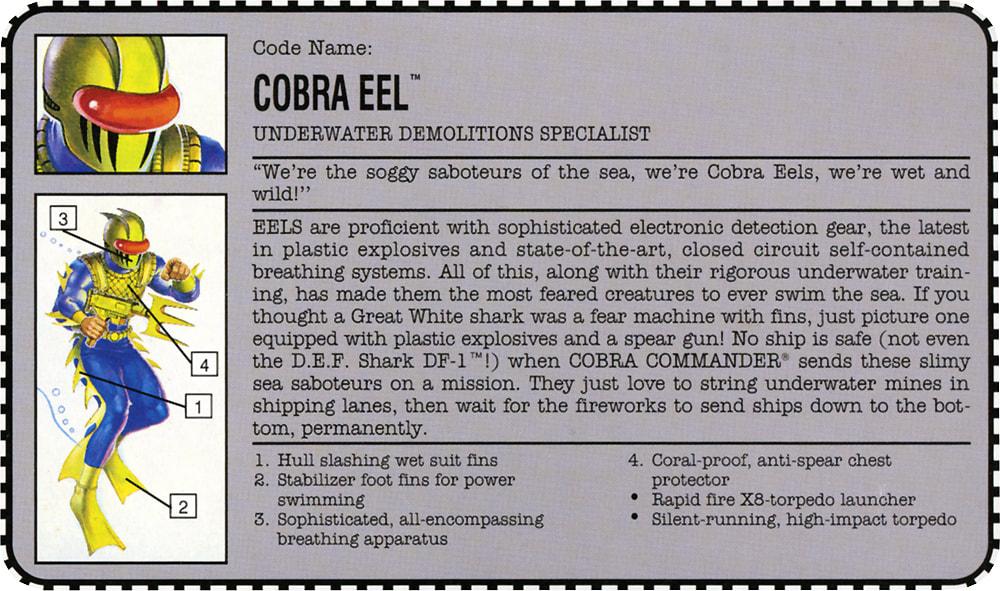