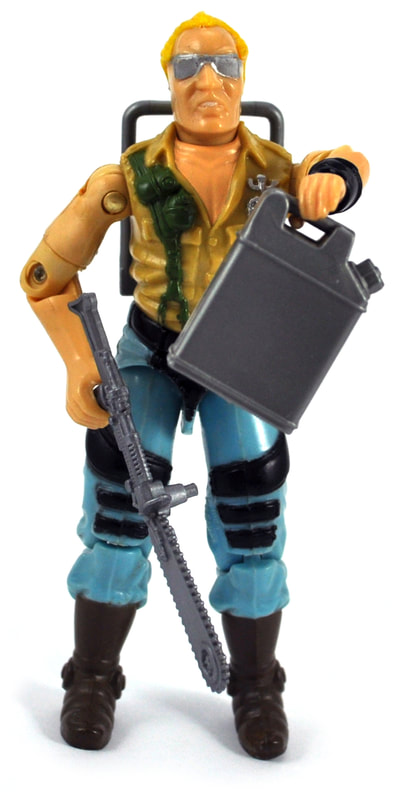 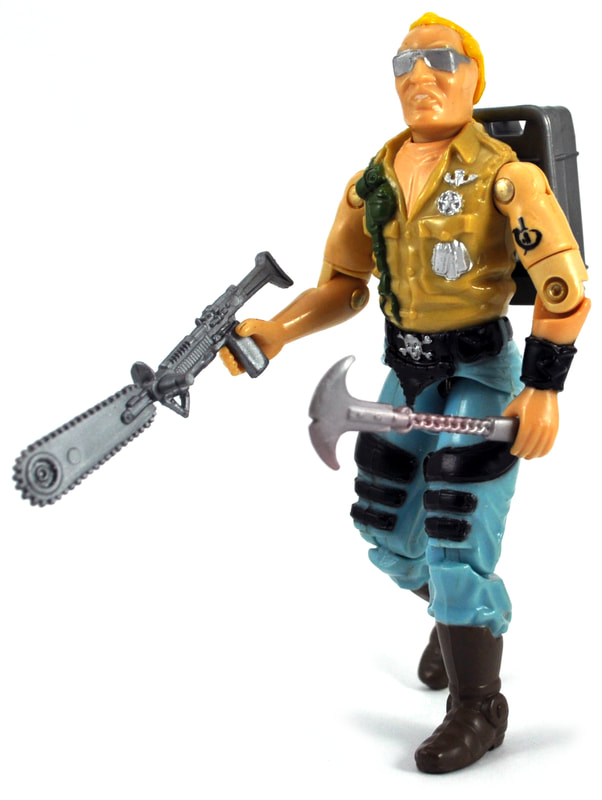 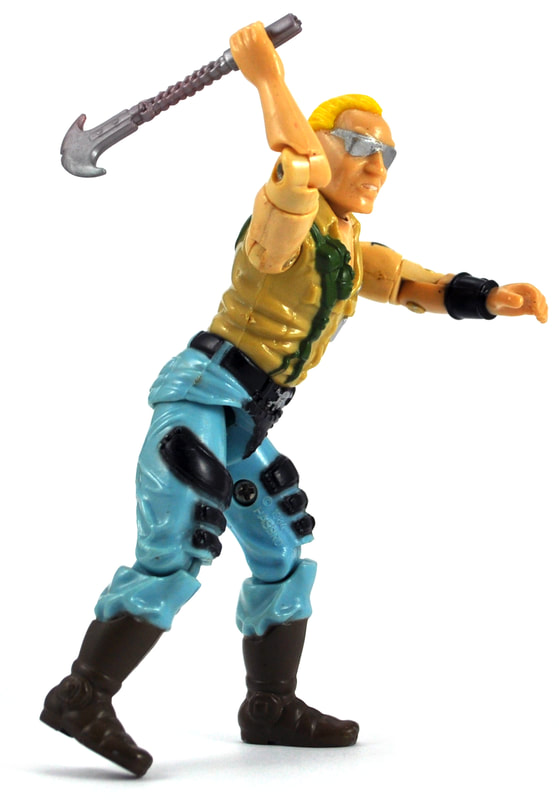 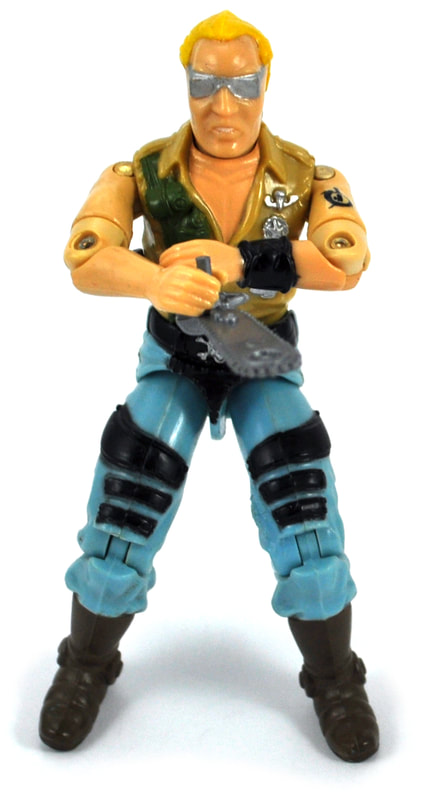 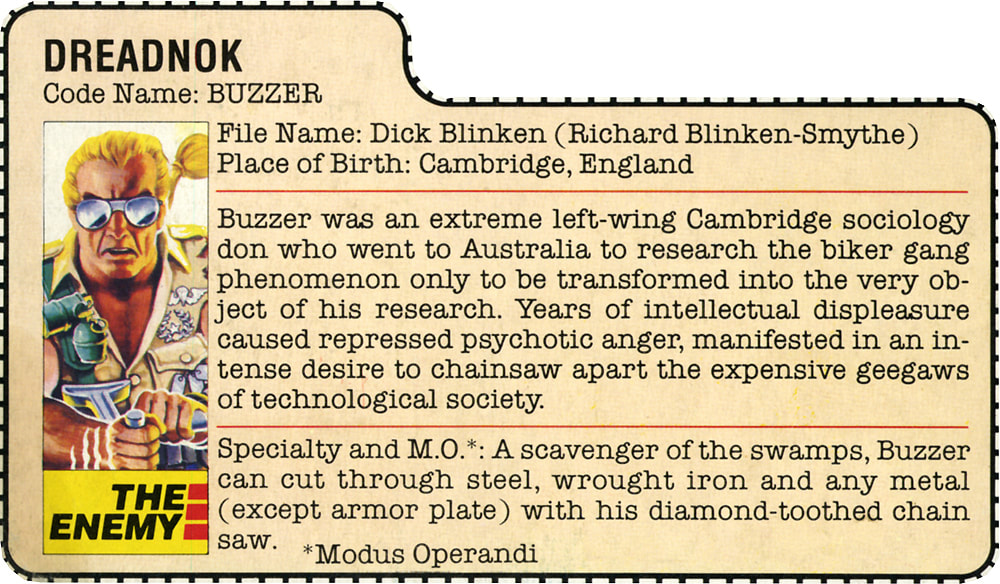 Buzzer's file card might be the most frequently revised file card of the G.I. Joe: A Real American Hero line.
​Buzzer's first file card is shown above. It mentions Buzzer's repressed psychotic anger. 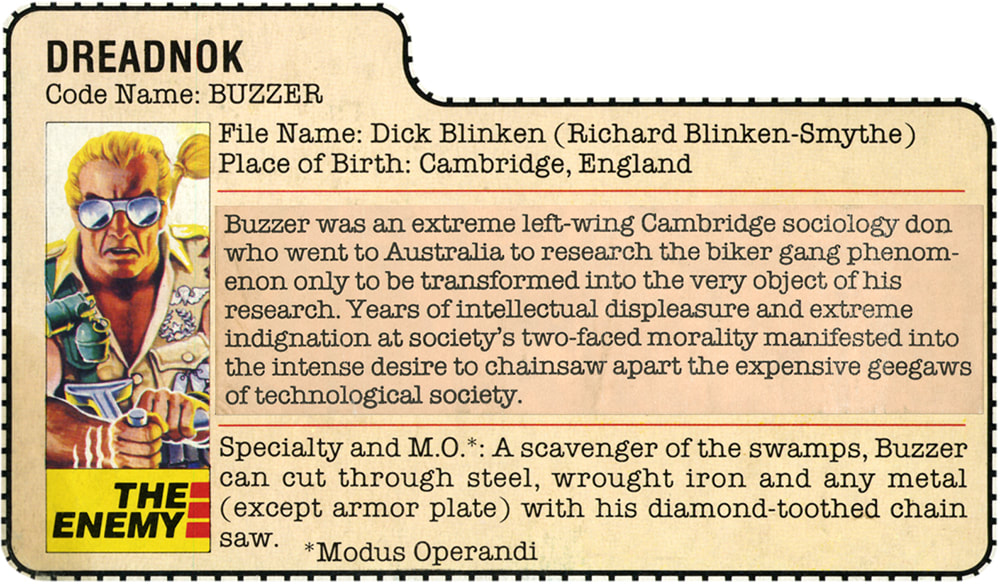 Buzzer's second card used a sticker to cover the middle section, and the copy was edited to remove any mention of Buzzer's psychotic anger.
There is a third card, not pictured, that was printed with the updates shown on this sticker. 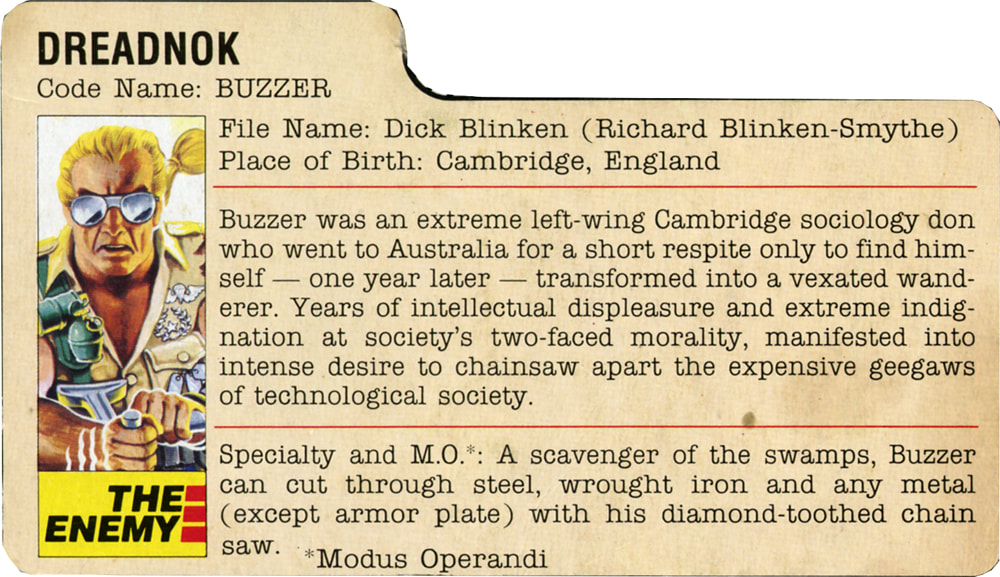 Buzzer's fourth card was revised once again, this time striping out any mention of "the biker gang phenomenon." 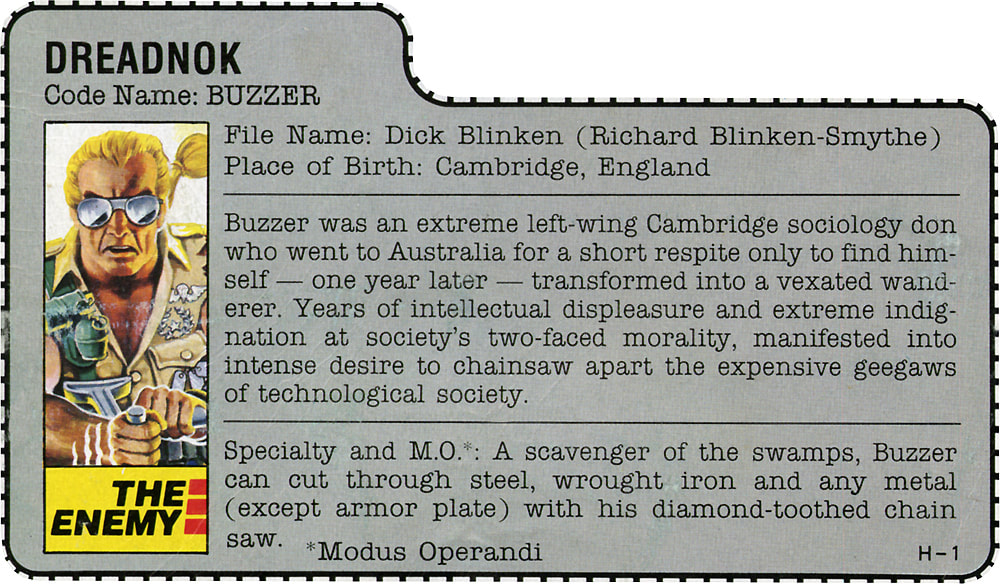 Buzzer's fifth card matches his fourth card, with the exception of the usual revisions for 1986: 1985 figures featured peach file cards in 1985 and gray file cards in 1986. The 1986 cards also feature an H-1 marking.