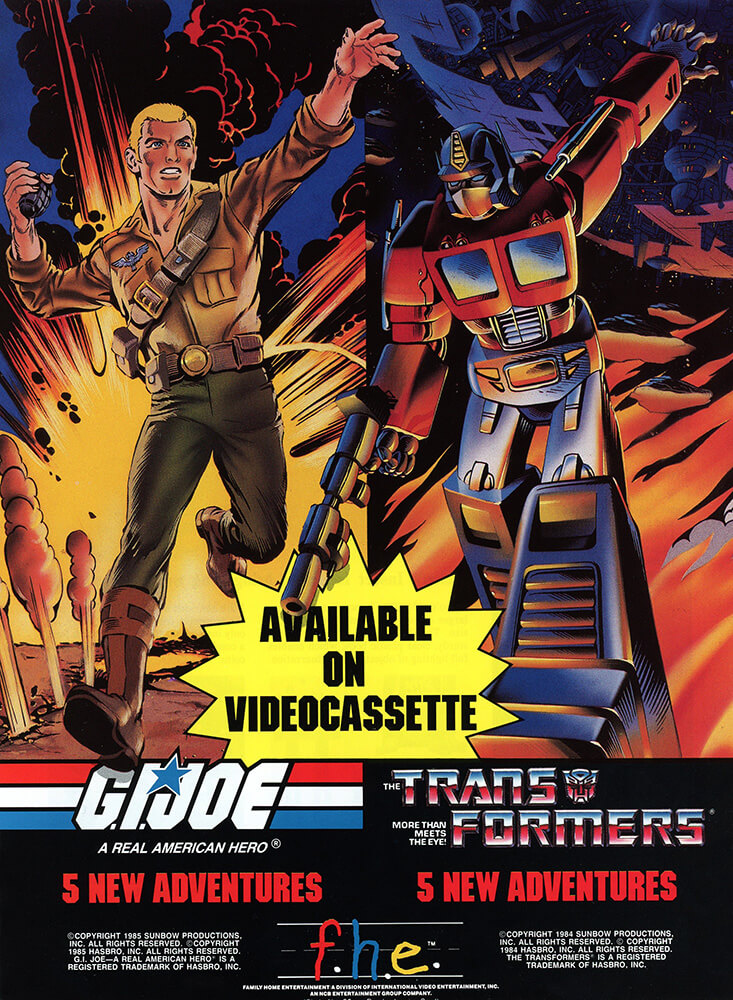 This is a trade advertisement promoting five new G.I. Joe (and Transformers) cartoon videocassettes for fall 1985. The videocassettes were released by Family Home Entertainment (F.H.E.) and initial releases were in Beta and VHS formats.  This advertisement was published in an unknown trade magazine in September 1985.
​Advertisement courtesy of Dan Moore.