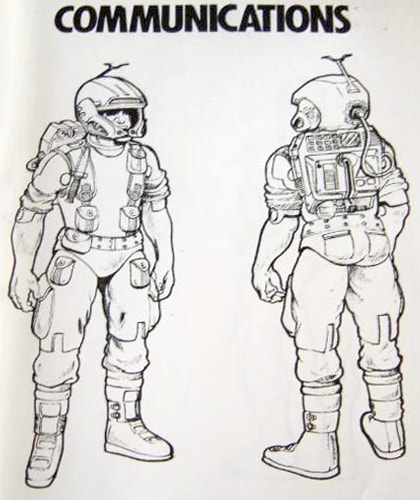 The above illustration was signed and dated 5-21-1981 by Ron Rudat. This is believed to be an earlier take on what would become Breaker. Note the significantly different helmet and backpack. Here Breaker is labeled "communications."
This undated illustration by Ron Rudat shows Ron's working titles for each of the 13 original 1982 Joes.  Here once again Breaker is labeled "communications." 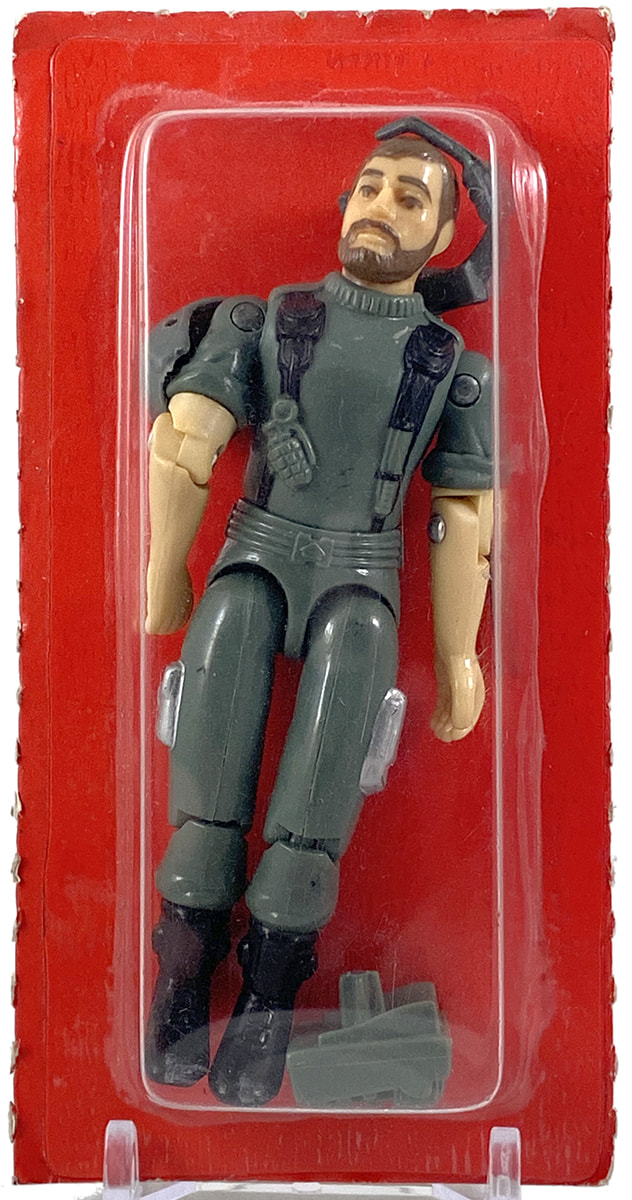 The above 1983 Breaker v1.5 (swivel arm) is a VSP, or Vender Supplied Pilot. VSPs are samples of toys supplied to Hasbro by the factory. This is a more general term that sometimes applied to first shots, test shots, FEPs, or any part supplied by the factory (aka vendor) prior to large scale production.