The "Collecting the Art of G.I.Joe" Omnibus Hardcover is coming!

The Omnibus Hardcover will feature a wraparound collage of paintings by every major illustrator that contributed to the brand.
​The "Collecting the Art of G.I.Joe" Omnibus Hardcover is an unparalleled celebration of the art of A Real American Hero!

Already own the softcovers? Give this hardcover a look, it will be bigger and better in every way.

The new Omnibus Hardcover will be 12.5” x 13” while the original slipcase was 8.5" x 11.5” tall.
​Next, better! This hardcover won’t just be taller and wider, it will be packed with new and remastered content! 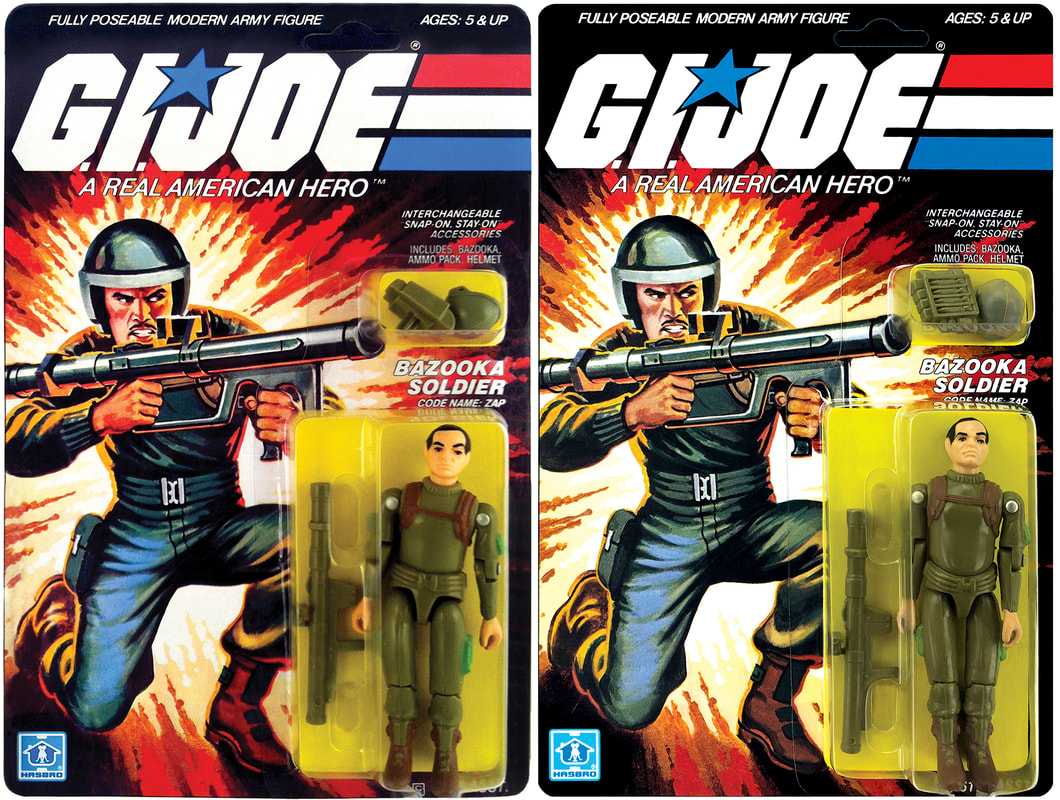 1982-1986 have been completely remastered! Here we see the original restored 1982 Zap MOC photo and the all new restored 1982 Zap MOC photo.
​This comprehensive celebration of the painted art of G.I.Joe: A Real American Hero features every carded figure, vehicle, playset, poster and peripheral product featuring painted art released from 1982-1994, plus an unprecedented look at some unreleased paintings that never made it through to production. 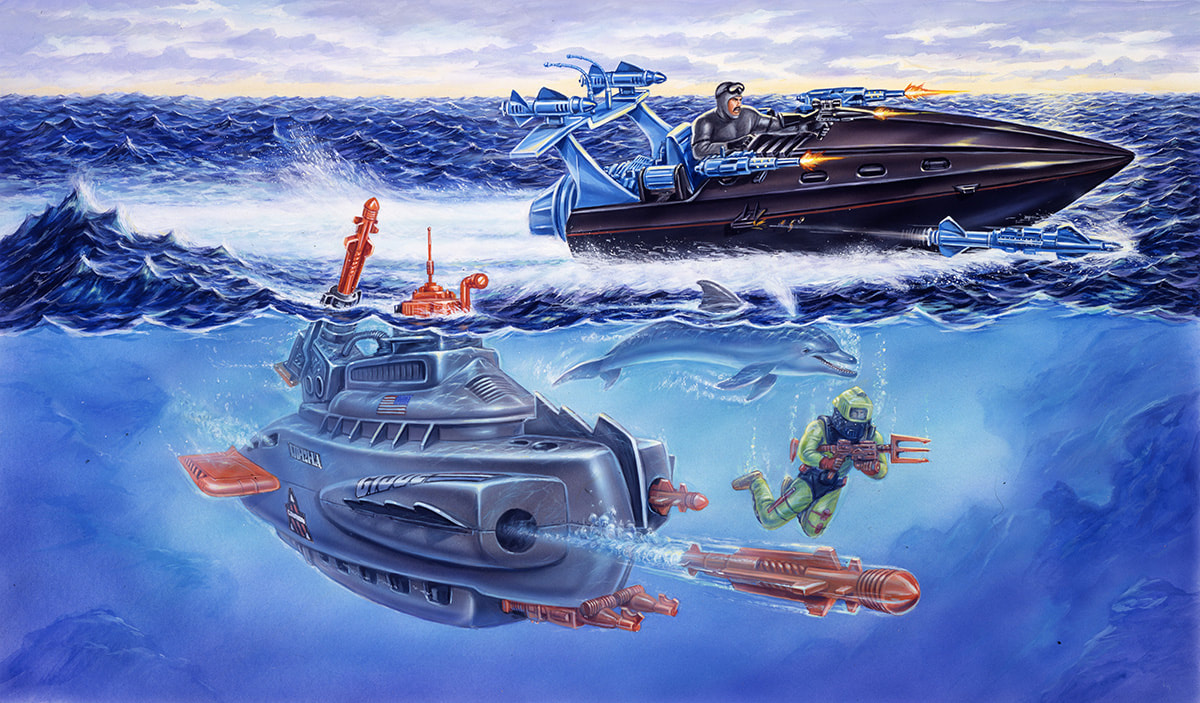 ​So how do we plan to fill these new pages?

Over the last several years we’ve been on a mission to document the stories of the folks that created this timeless artwork. We’ve traveled to Rhode Island, Massachusetts, Queens, Manhattan, Connecticut, South Carolina, and more to interview folks like Kirk Bozigian (former G.I.Joe Brand Manager and Vice President of Boys Toys), Ron Rudat (former Hasbro designer and creator of the first six years of G.I.Joe figures), Mark Pennington (former Hasbro designer and creator of the next three years of G.I.Joe figures), Ed Morrill (former Partner of CLS&M, the packaging firm that created the packaging for G.I.Joe from 1969-1989), Doug Hart (former Hasbro artist responsible for the lion's share of late 80s and early 90s G.I.Joe paintings!), and Bill Merklein (contract sculptor that crafted over 70 G.I.Joe figures from 1983-1989). 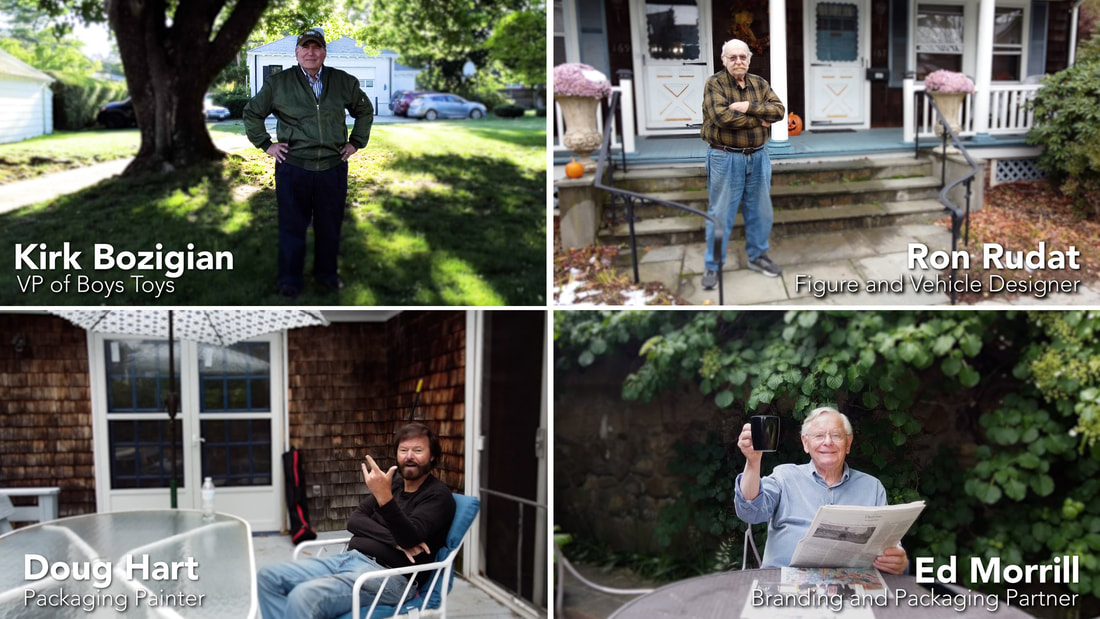 The Omnibus Hardcover will feature interviews with Kirk Bozigian, Ron Rudat, Mark Pennington, Ed Morrill, Doug Hart and Bill Merklein.
We conducted comprehensive interviews and solved some of the unsolved packaging mysteries that have puzzled collectors for decades. Not only will these creators’ stories fill the pages of the new Omnibus Hardcover, you’ll be able to watch them on the optional Blu-ray disks!

The "Collecting the Art of G.I.Joe" Omnibus Hardcover upgrades are coming!

This Omnibus Hardcover will feature offset lithograph printing throughout and a beautiful 95# cover wrapped on a 120pt. board with gloss lamination. One of the Kickstarter backers inquired as to whether this cover was going to be a removable dust jacket or if it would be attached to the hardcover. It will be attached. They added that "it would be nice to have it as a [dust jacket] so we can have it as a poster (amazing collage !!!)" As soon as he said that, we got to work. The dust jacket below will cover the 12.5" wide front, the 3" wide spine, the 12.5" wide back, and two new 4.5" wide flaps that wrap around the cover into the interior. This massive dust jacket will measure 37" wide by 13" tall, and yes, you'll be able to take it off and frame it. Every book backer will receive this free Kickstarter exclusive dust jacket.

One of the most important aspects of the mission here at 3DJoes is to interview the creators and to give credit where credit is due. The dust jacket below includes 18 paintings by six legendary artists that helped bring G.I.Joe to life. Click through the slideshow below to find out more about each featured painting.

The "Collecting the Art of G.I.Joe: A Real American Hero [1982-1994]" slipcase design is clearly inspired by the 1982 Official Collector Display Case. We are not ready to show the back of the case yet,  but we can say that it will feature product photography of the contents inside, similar to the original case.

When we launched the Kickstarter we immediately heard from several backers that they preferred DVDs to Blu-Rays. We decided to take some of the extra funding and include DVDs AND Blu-Rays. We have 40 hours of content to edit down, and we believe we'll need two of each disc to share everything we want to share. So, to accomodate all of those discs we decided to make a seperate trifold die-cut DVD folder!

These 11" x 14" offset lithograph cardstock prints will feature 12 of the most popular pieces of unadorned art from the A Real American Hero run, voted on by the Kickstarter backers! We didn't want to simply pick our favorite 12 paintings, we wanted to give the folks that helped us bring this book to life the chance to shape this set! So we narrowed the field to 50 – including images from 1982 all the way up through the canceled 1995 lineup – and they decided which 12 made the cut.

After some deliberation we decided to include 8 more prints, chosen by the editors. These Editors' Choice prints focus on aesthetics, inclusion, and rarity. We want to include beautiful paintings from more varied artists, and we want to share some beautiful painted art that you might not be able to see elsewhere.

We are finalizing production specs and pricing for the Omnibus Hardcover and the upgrades shown above. Every Kickstarter book backer will receive these items with their book, as our way of saying THANK YOU for helping us bring this book to like. If it is cost prohibitive to include them going forward outside of the Kickstarter, then we may sell the upgrades individually. Stay tuned to 3DJoes social media for more info as it becomes available!

Want more of "Collecting the Art of G.I.Joe"?!

Head over to the softcover books page and click through the slideshows to see all 460 pages of the original "Collecting the Art of G.I.Joe: A Real American Hero (1982-1994)" Accufoil Softcover series!