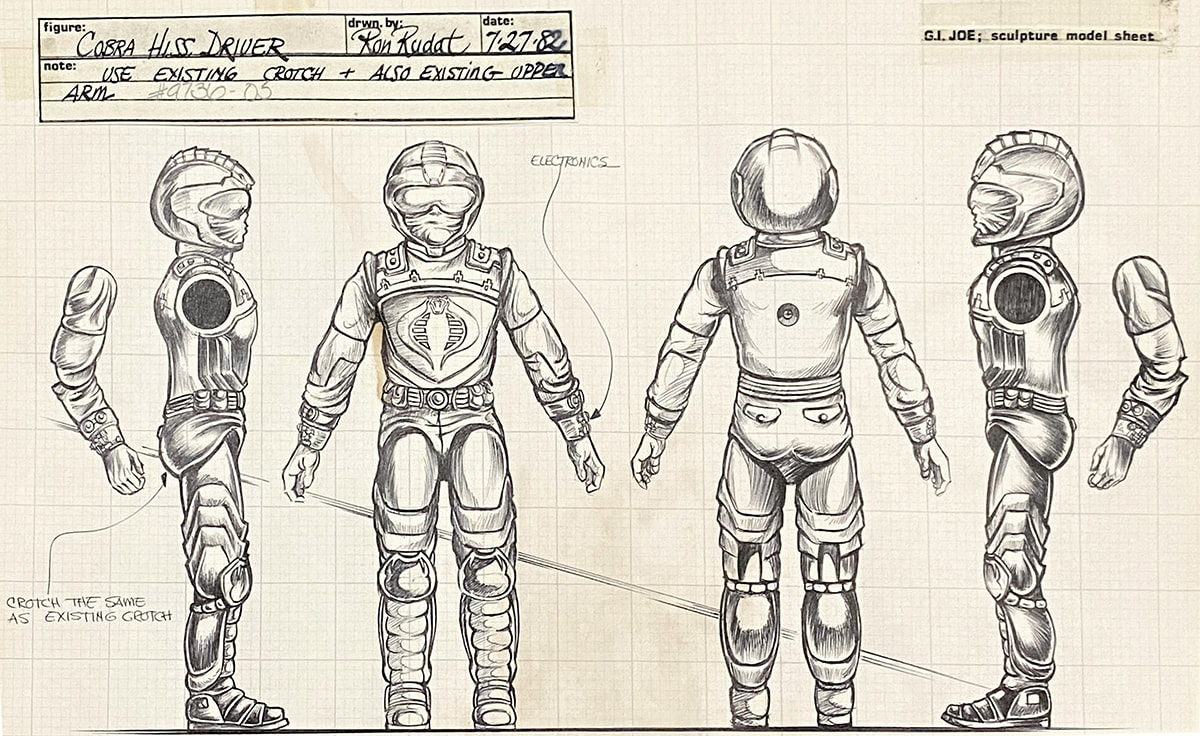 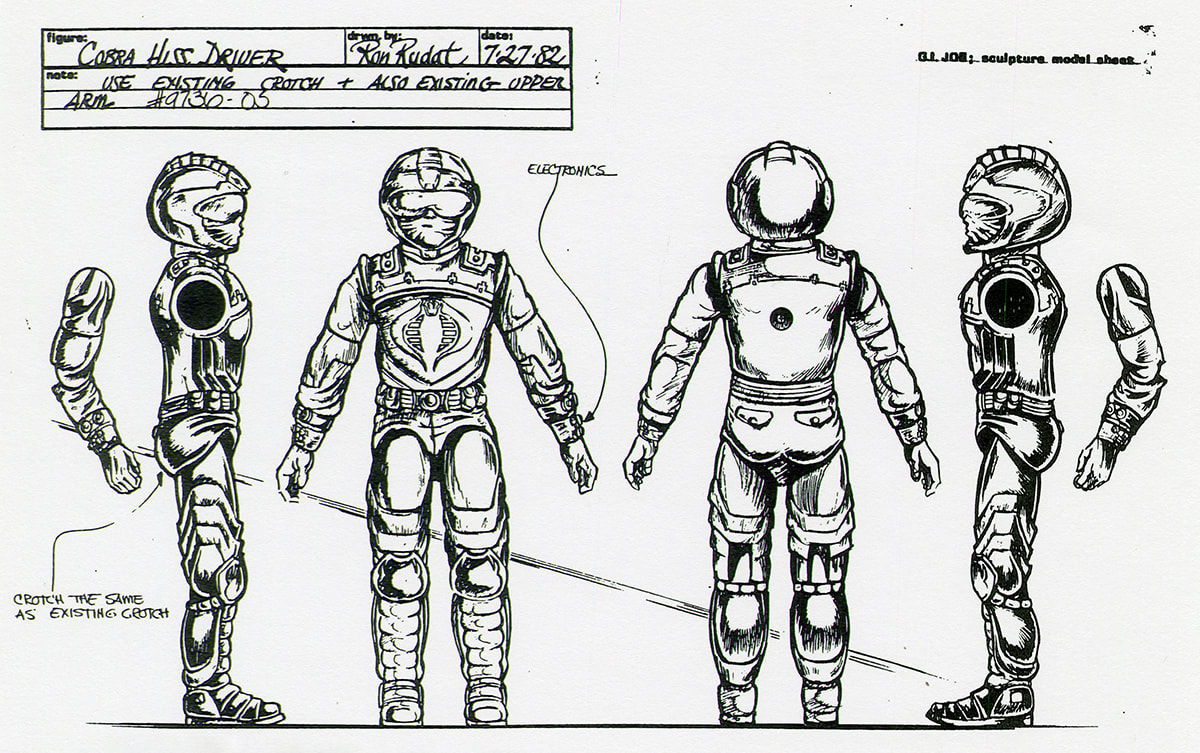 Once management had signed off on the design, Ron would get back to work creating figure sculpture sheets (also known as control art). These sheets showed views from the front and back and from both sides with the arms removed. Some revisions were still made at this point. Once completed, these sheets were shared with the sculptors that were tasked with creating the figures. There was no precedent at Hasbro for Ron to follow when it came to the figure design process. Ron created the Sculpture Model Sheet shown above on the fly, and it would evolve over the coming years. Above you see the original and a black and white copy that would've been circulated internally and to the figure sculptor.

The figure sculpture sheet above was signed and dated July 27, 1982 by Ron Rudat. Note that although the annotations call for using the existing crotch and upper arm, the Cobra H.I.S.S. Driver
​ received new upper arms. His waist was originally used by both the 1983 Cobra Soldier and 1983 Cobra Officer. 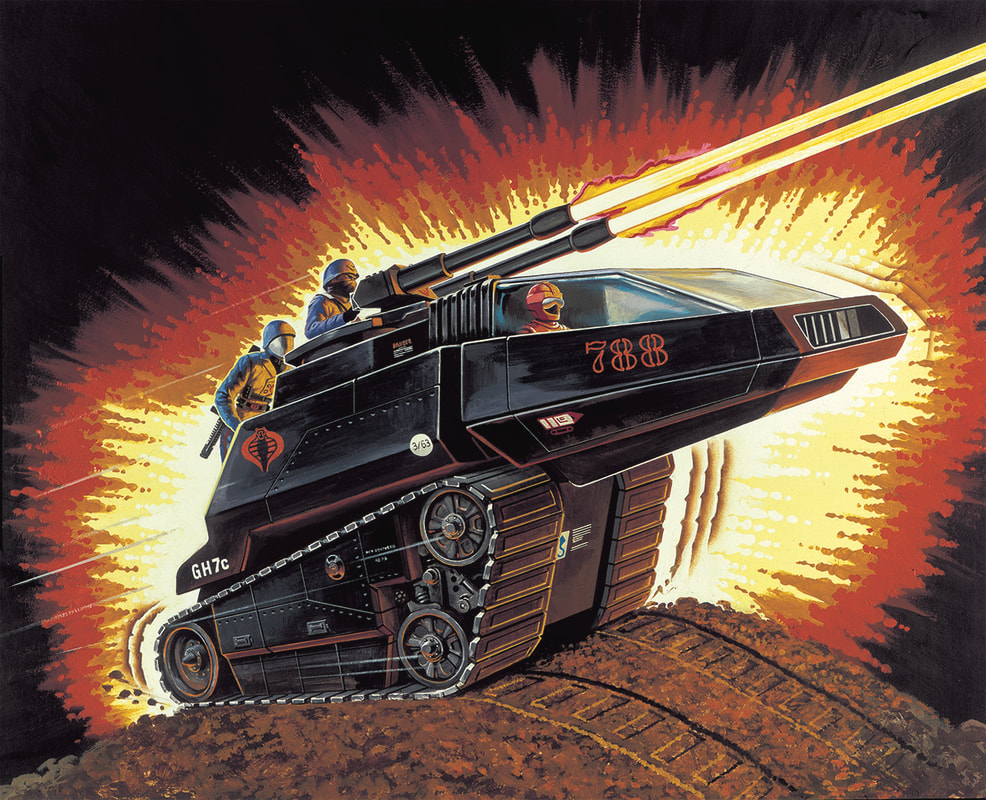